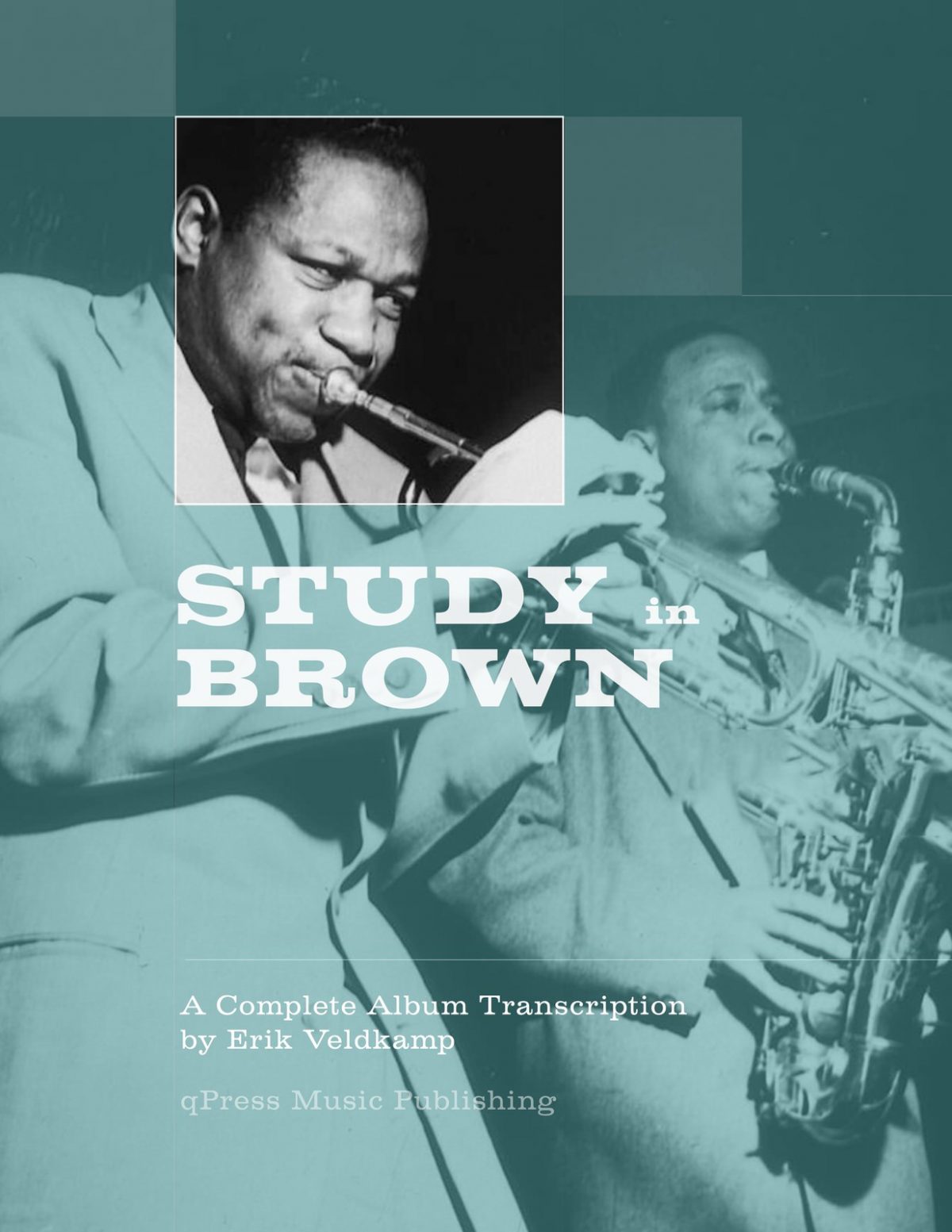 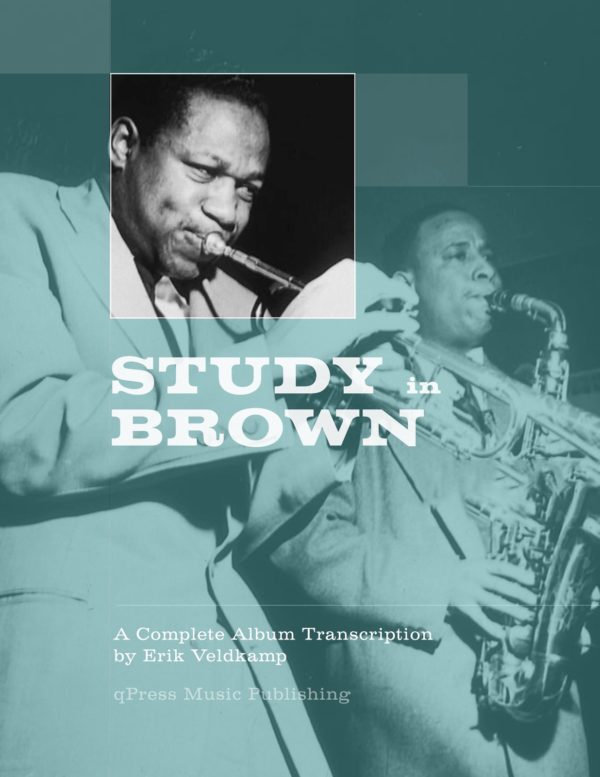 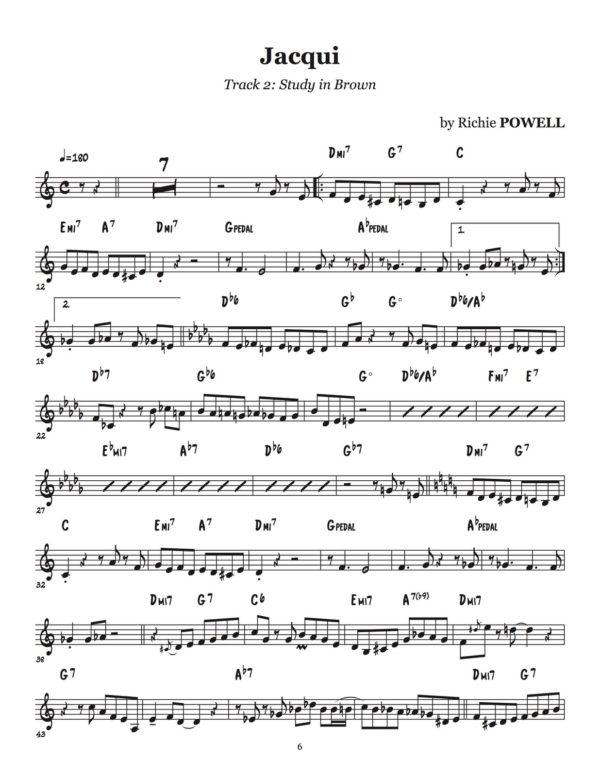 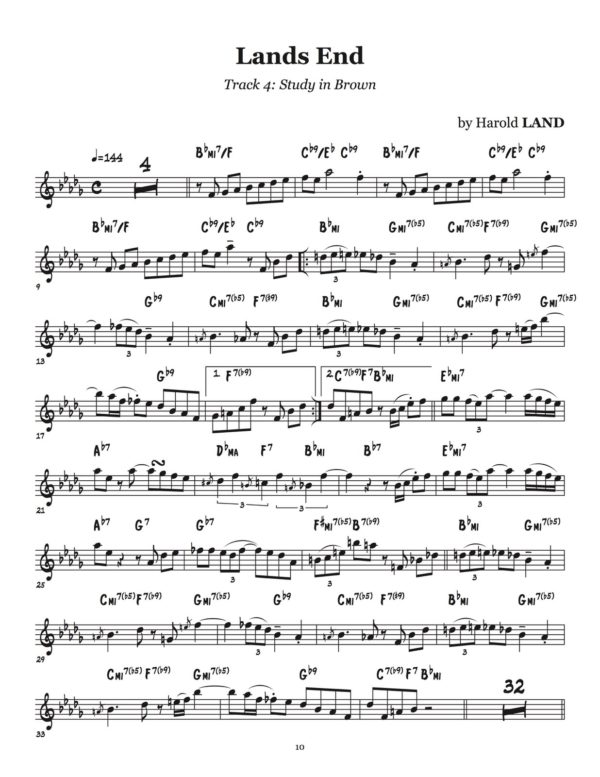 Study in Brown By Clifford Brown

Study in Brown, released on EmArcy Records in 1955 is one of many Clifford Brown and Max Roach collaborations. The album consists predominantly of originals by members of the band. The songs “Lands End”, by tenor saxophonist Harold Land, and “Sandu”, by Brown, have gone on to become jazz standards. Most notably to trumpeters, though, is Brown’s solo on “Cherokee” which is widely considered among the most acclaimed solos in jazz.

This book is a part of the highly ambitious Erik Veldkamp project to completely transcribe every note Clifford Brown ever put on record. You get the full tunes, complete with chord changes, expertly engraved, and ready for you to drop the needle and play along to your favourite records.

To the left I have included some samples for you to see the beautiful engraving and to give it a try yourself. Then you can grab yourself an immediate digital download above.

Be the first to review “Study in Brown” Cancel reply