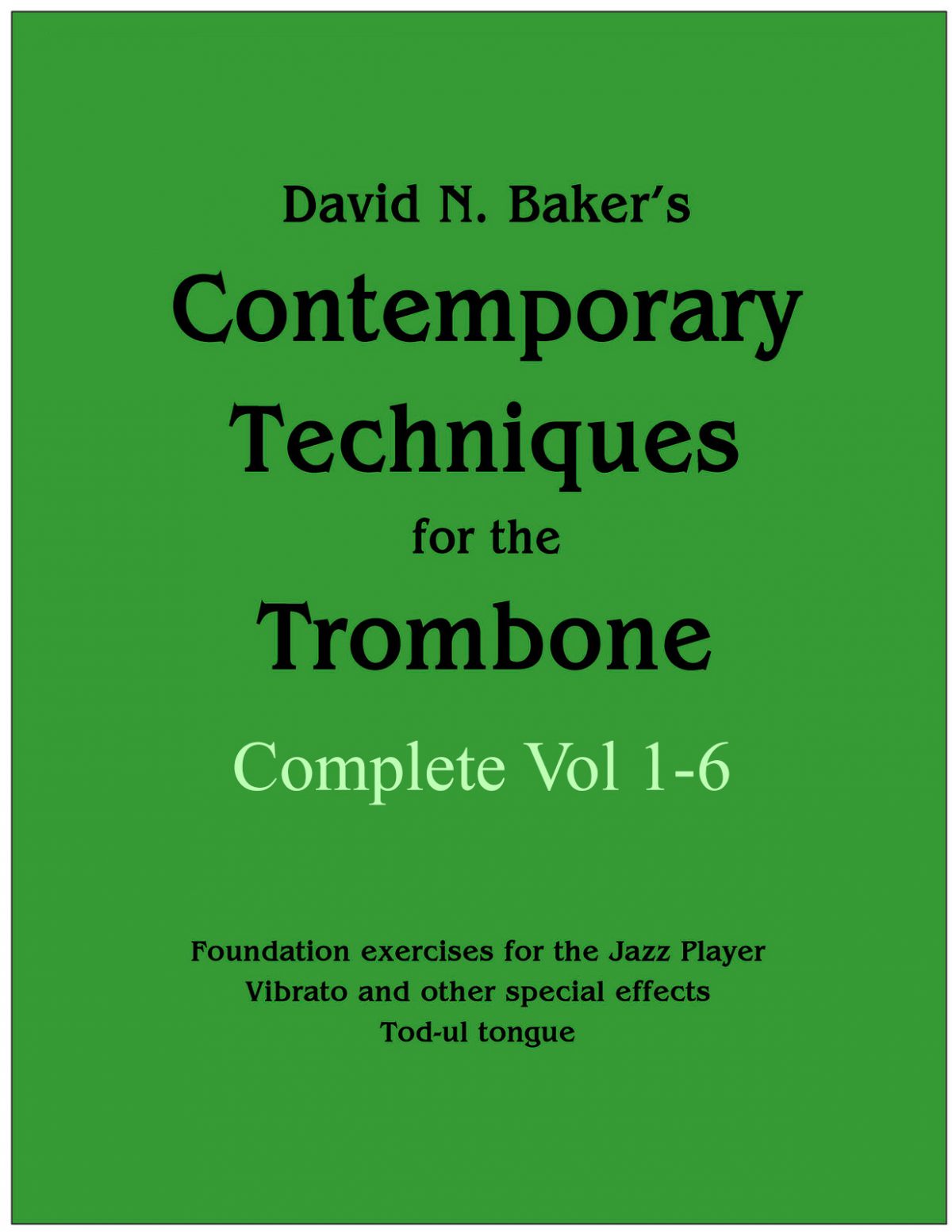 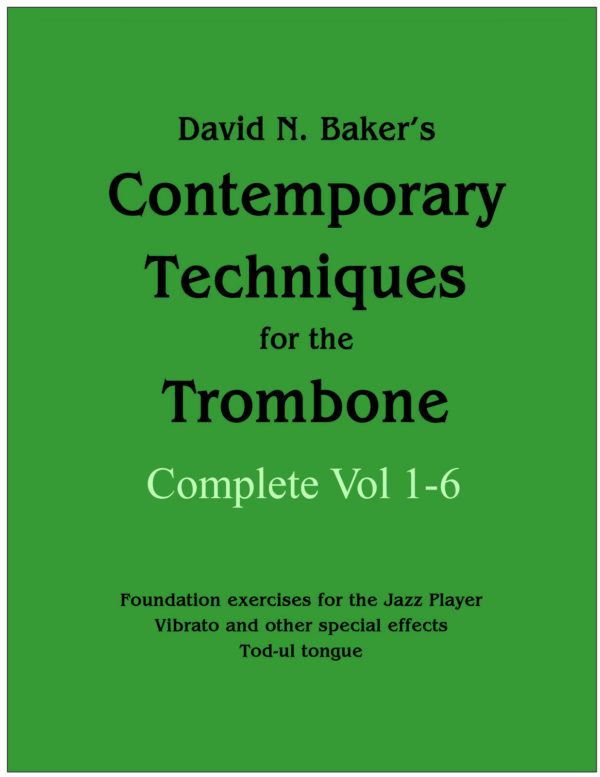 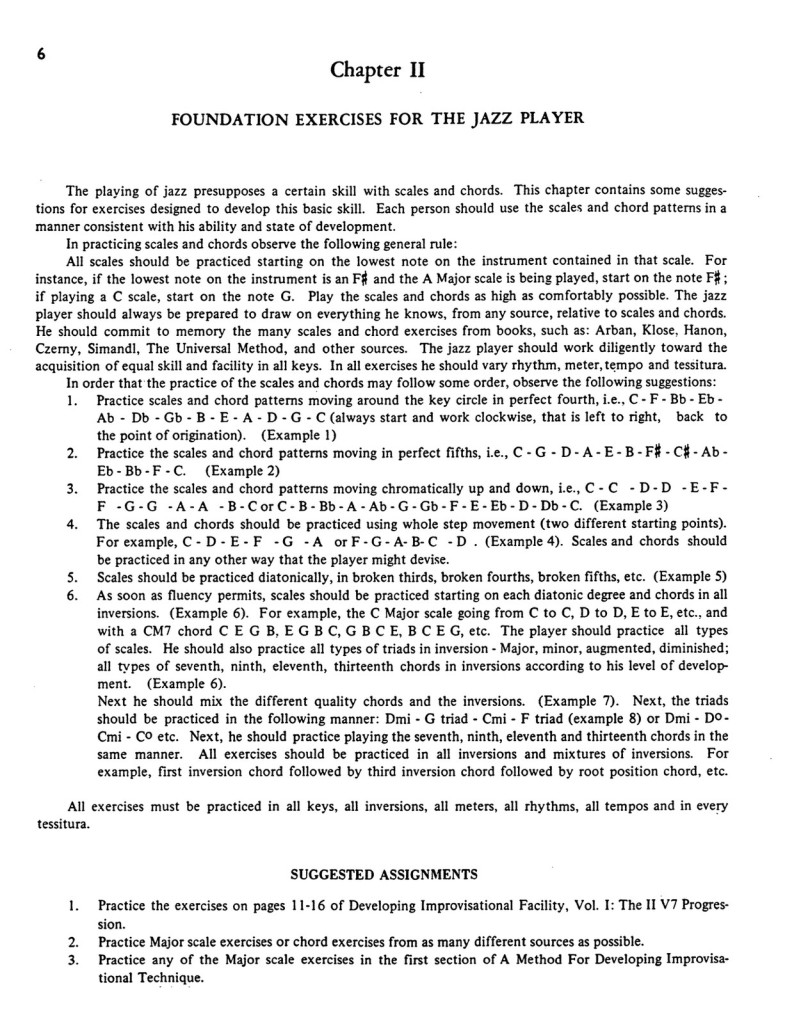 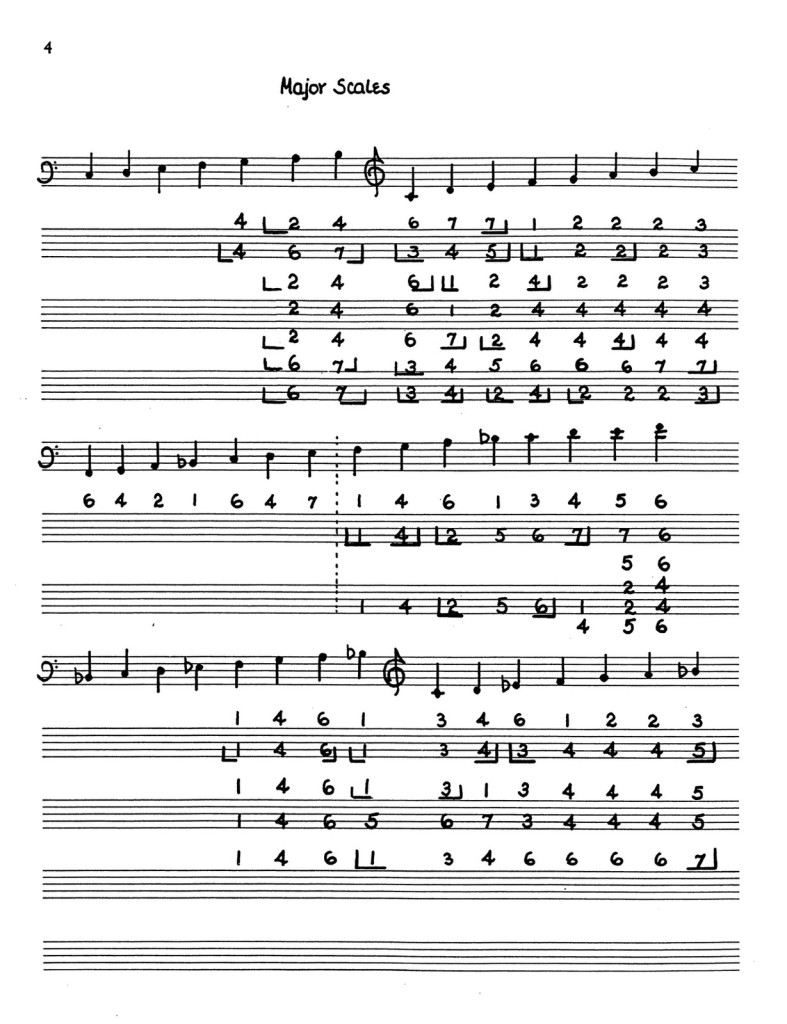 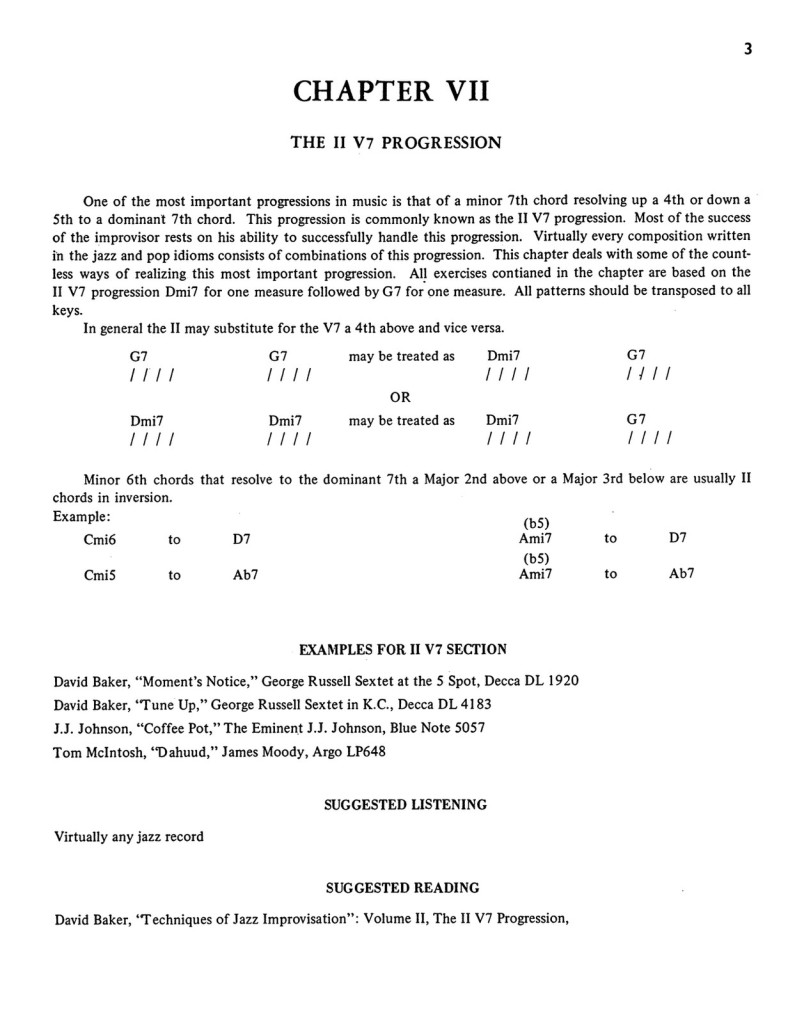 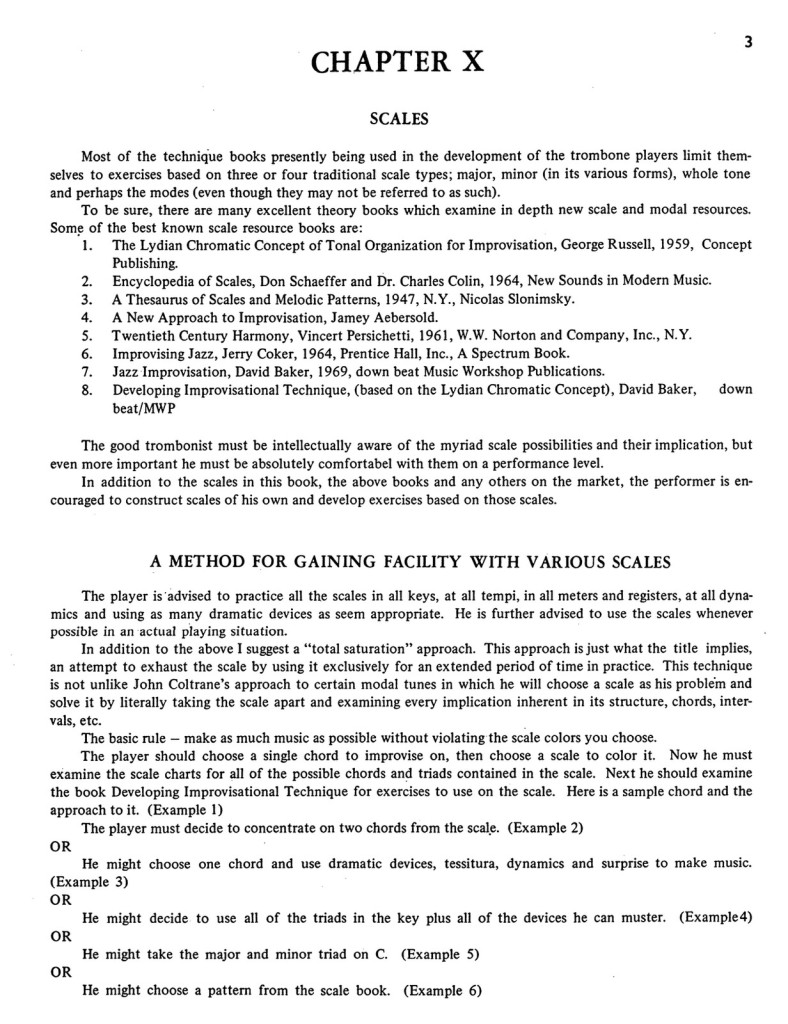 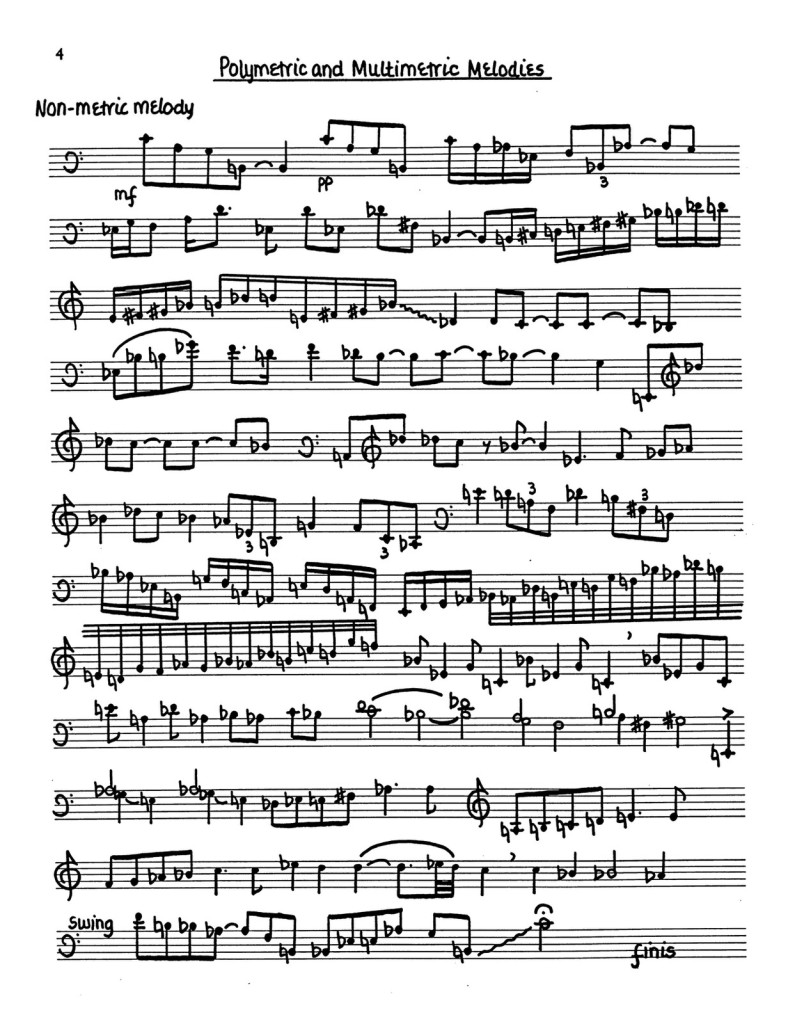 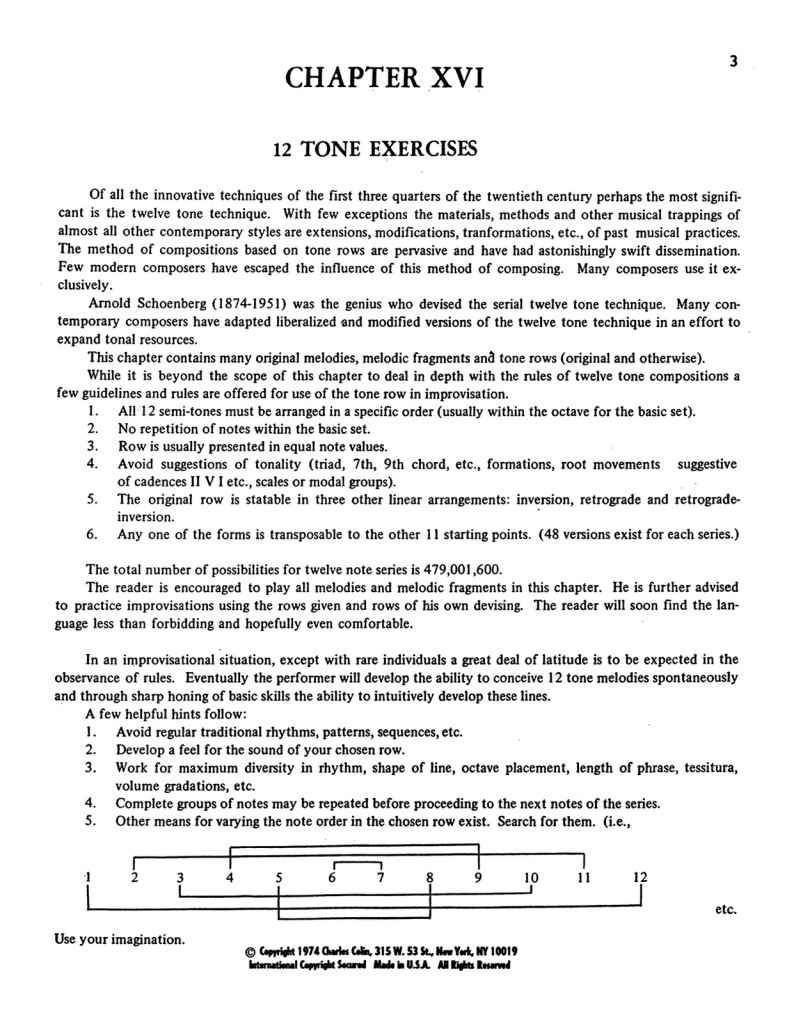 Contemporary Techniques for the Trombone Volumes 1-6 By David N. Baker

David N. Baker’s Contemporary Techniques for the Trombone is a comprehensive 6 volume series covering the skills, techniques, and basic tools of the aspiring jazz trombonist. Each volume covers a specific topic.

Volumes are available separately using the dropdown above, or as a complete collection at a discount. The first page from each book is available as a sample to the left, and the complete forward from the author is available below.

From the Foreward: “Never before in the history of music have there been so many divergent schools of musical thought co-existing and enjoying some measure of popularity. Since the turn of the century the language of music has been time and time again torn apart, restructured, added to, subtracted from, purged, examined and reexamined.

Add to these concepts: new scales; old scales used in non-traditional ways; non-traditional uses of rhythm; new instrumental techniques, such as, circular breathing, multiphonics, expanded ranges, new timbre concepts, increased virtuosity; new concepts about the ways in which the basic sound of traditional instruments can be altered; new instruments – trombonium, mellophonium, electric piano, electric bass, etc. – ad hoc instruments; and it should be obvious that a staggering array of new possibilities with concomitant problems exist for any performer preparing to deal with music of the twentieth century and beyond. Most applied music teachers in our conservatories, schools of music, colleges, high schools and on the private level are ill-prepared to deal, even perfunctorily, with many of the aforementioned concepts.

Too often, if an awareness even exists that anything has happened in music since 1900, this awareness is accompanied by apathy, ill-disguised tolerance or open hostility toward the music and the musician who plays it.”

For the sympathetic and conscientious teacher who would prepare his students to function in all musical situations, there is another problem: the inexcusable dearth of materials aimed at preparing a student for performance of any music more recent than Stravinsky circa 1912.

This book addresses itself to the teacher, student, amateur and professional trombonist who would survive in the world of twentieth century music.