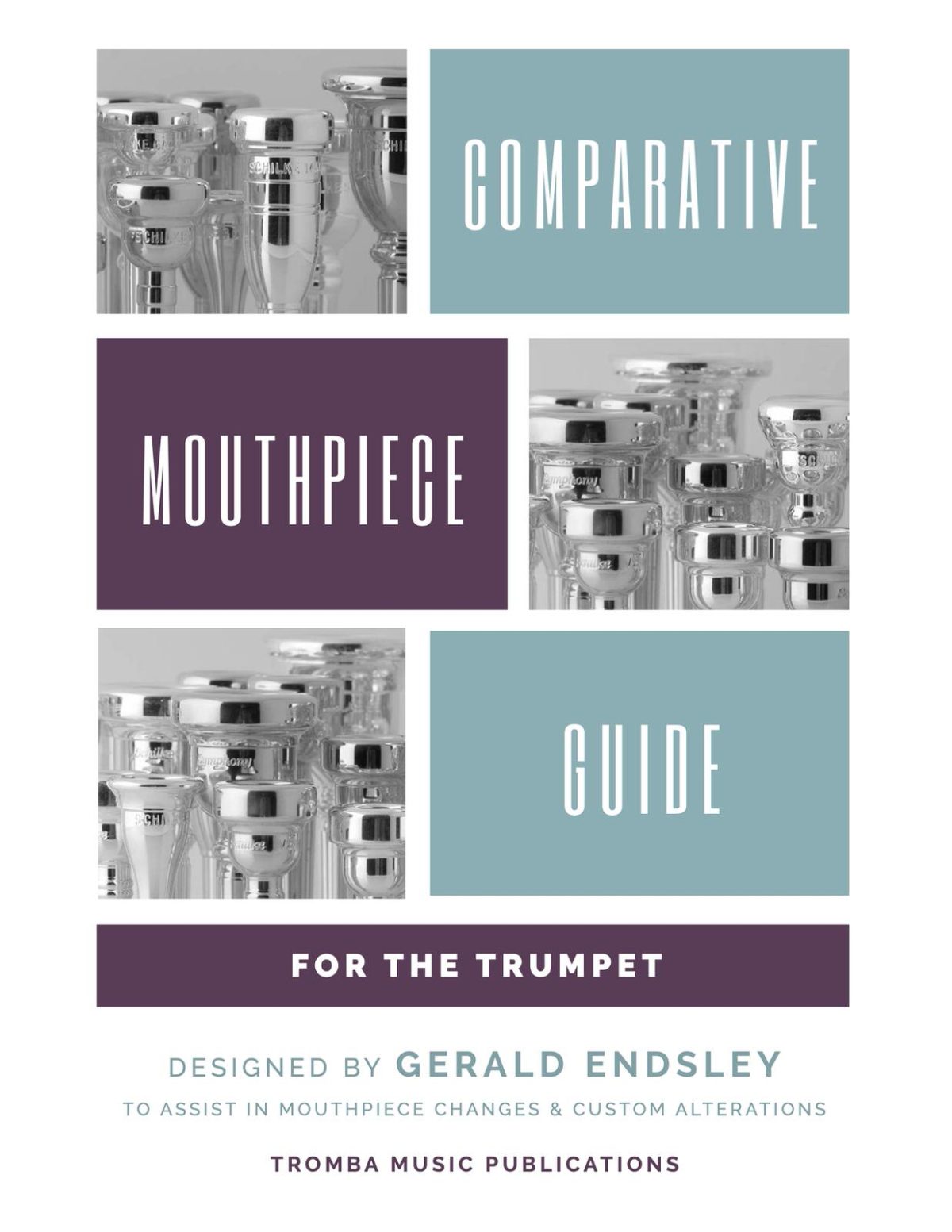 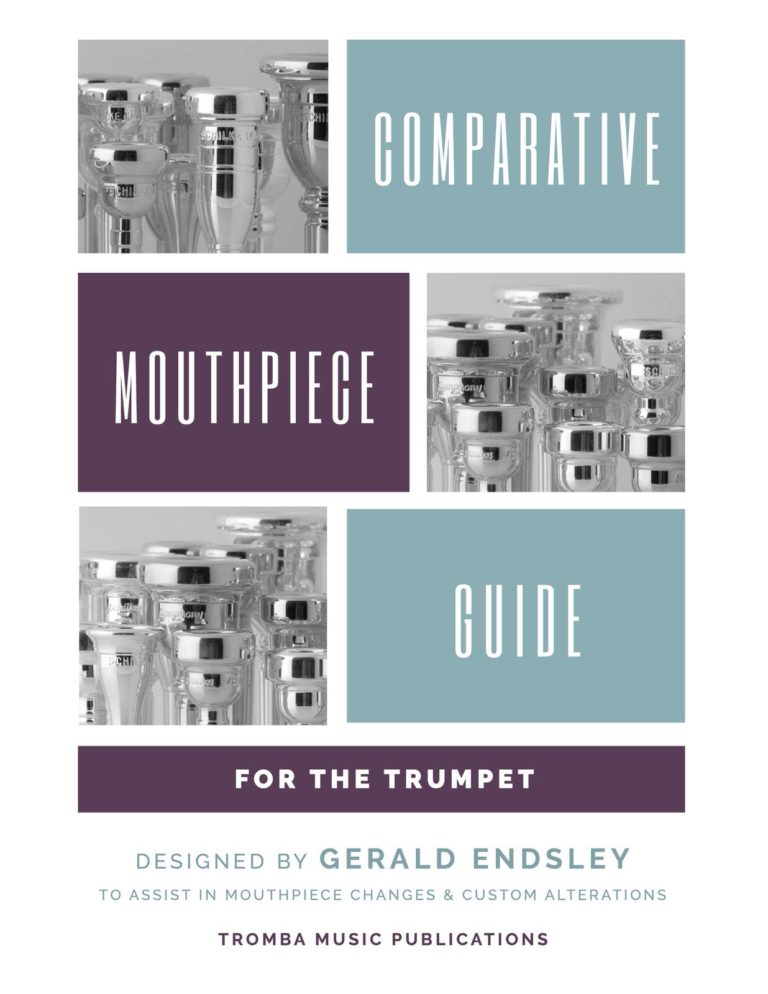 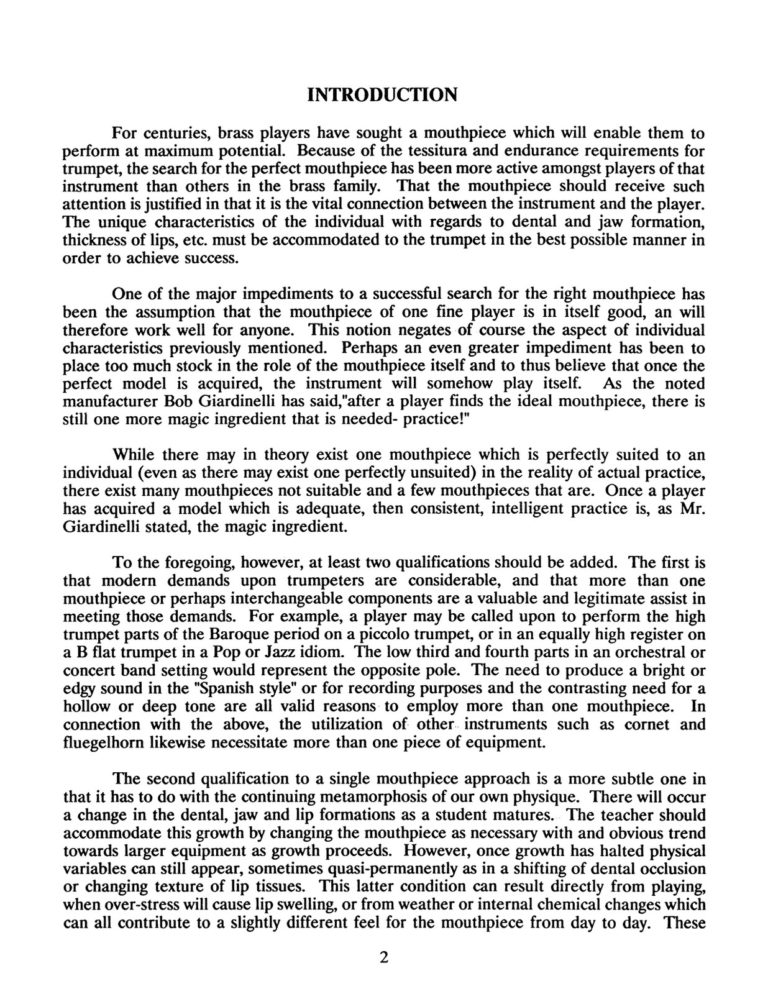 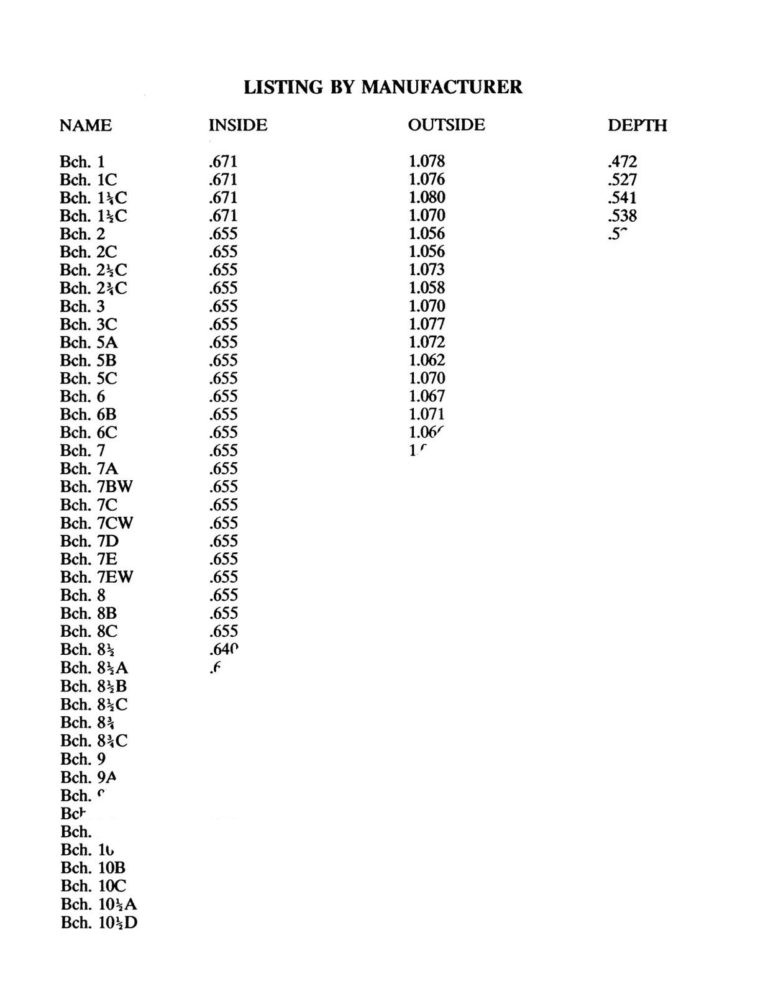 The Comparative Mouthpiece Guide is designed to assist the trumpeter in considering a mouthpiece change or custom alteration of his or her present model. The chart will likely list your current mouthpiece and show what models of various manufacturers are similar and in what respects they differ. Properly used it can save time spent in random experimentation with its attendant woes to embouchure and budget.

1. INSIDE RIM DIAMETER. The measurements are as published by the manufacturer or if not published, as taken by Gerald. In the latter case, these have been given as thousands of an inch. In the former as sixty fourths of an inch or in the English decimal equivalent of millimeters if that was the published medium. This measurement is the most difficult because to isolate the point where the cup and rim blend is as difficult for the calliper as for the embouchure. We are accordingly happy to publish the manufacturers figures where available and have made every effort at consistency when taking the measurements ourselves.

2. OUTSIDE RIM DIAMETER. These measurements are in thousands of an inch and were taken by me with the exception of the Blackhill line which provides these figures.

3. CUP DEPTH. The cup depth is measured in thousands of an inch and in all instances were taken by me. The method employed was to lay a depth micrometer with a spindle, the diameter of a .22 drill over the rim and extend same until stoppage. The depth then is actually from the top of the rim rather than from a less distinct spot lower on the mouthpiece. It is important that the reader understand that neither the total cup volume or shape is measured, only the distance from the top of the rim, to the base of the cup on a plumb line. Consulting the manufacturers’ brochures and drawings will help in comparing cup shape and volume.

Be the first to review “Comparative Mouthpiece Guide” Cancel reply