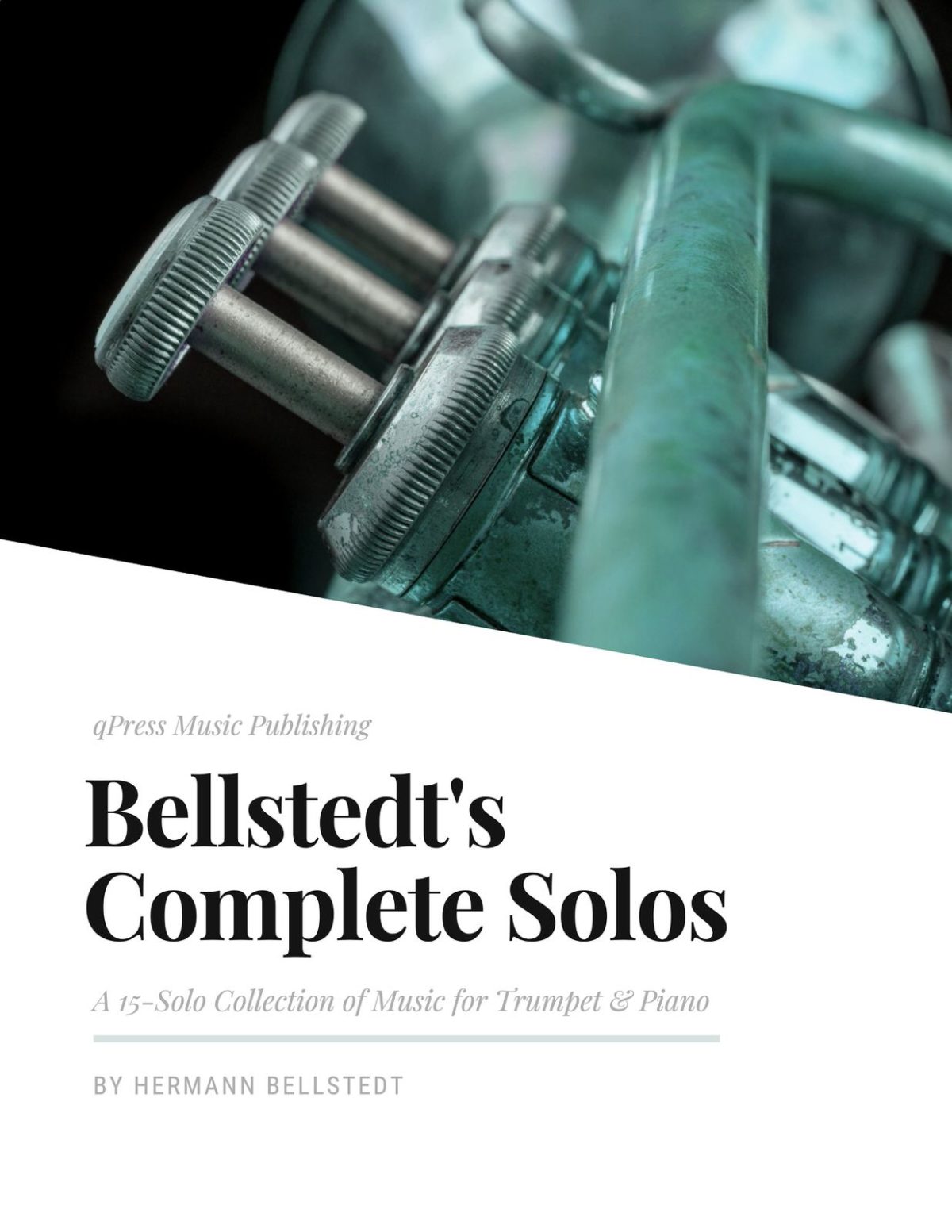 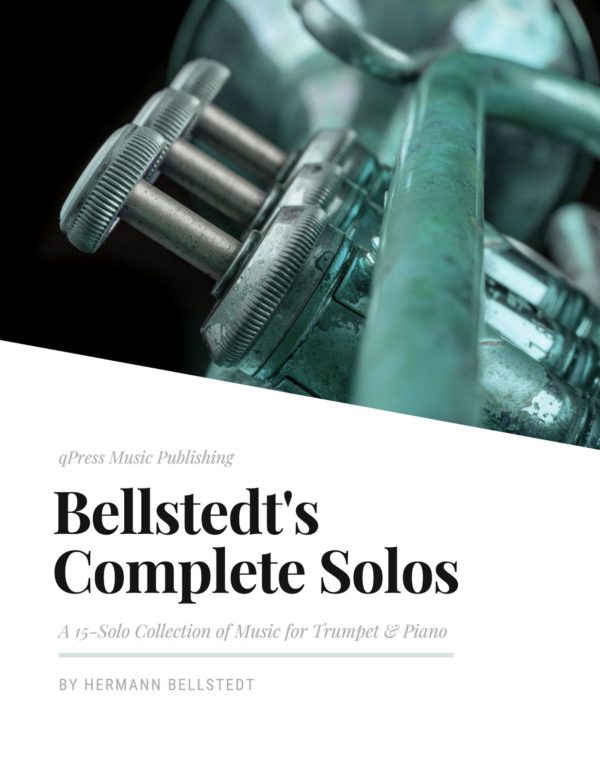 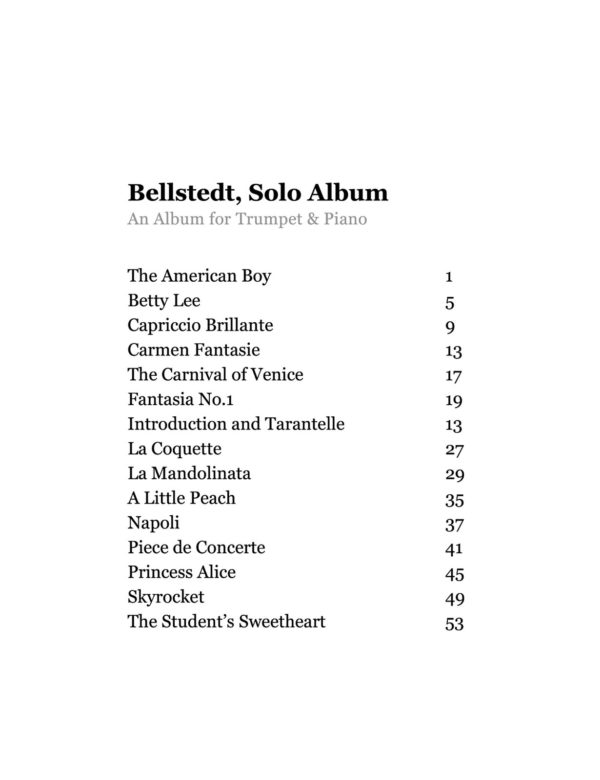 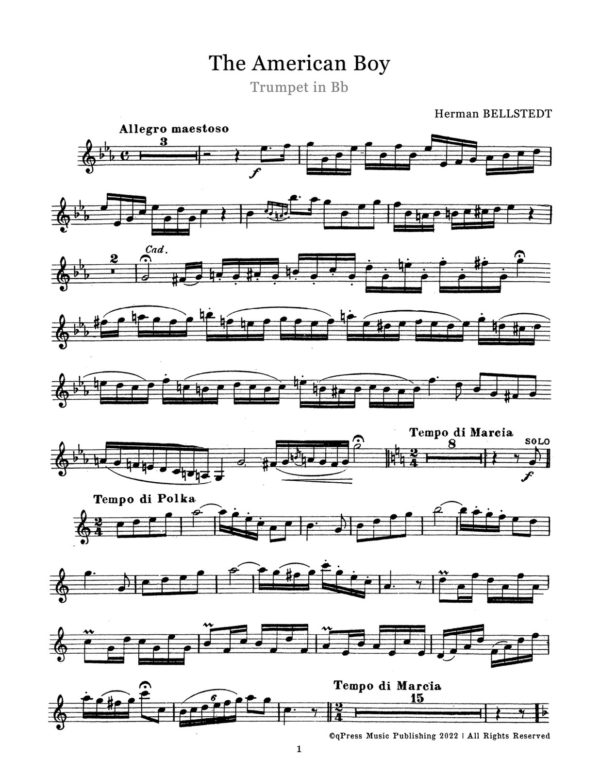 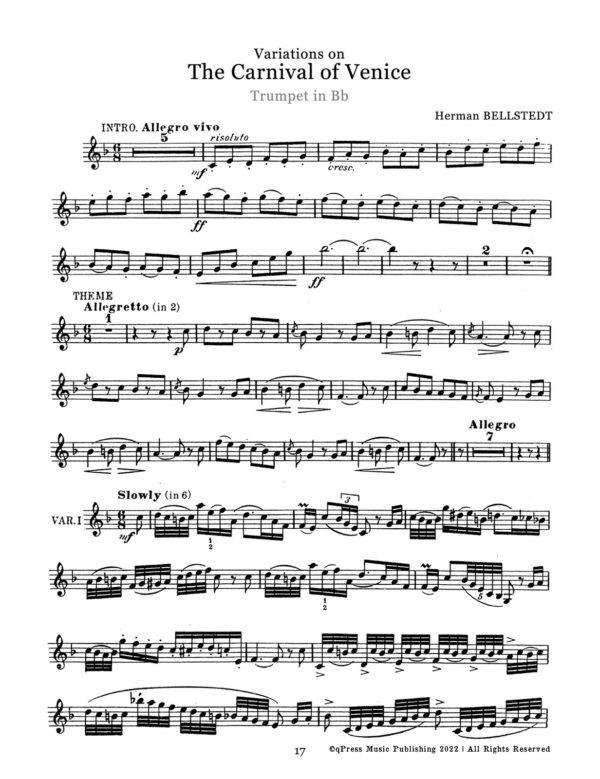 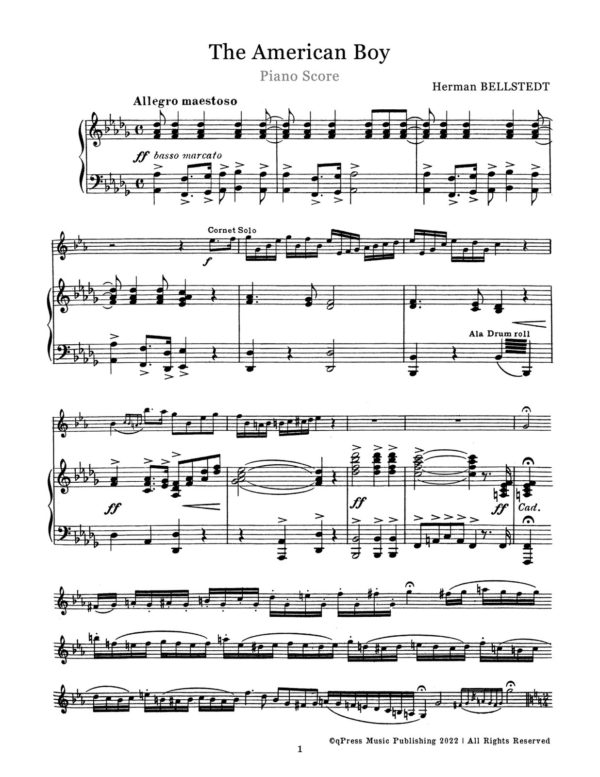 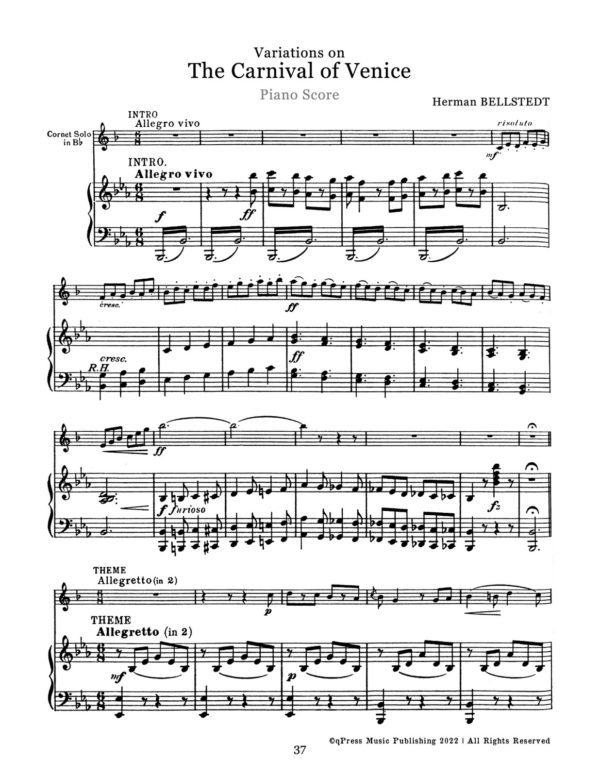 His cornet solos are musical gems of individualistic style and charm, and his humorous compositions are inimitable. As an arranger for the Sousa band he showed excellent taste, and in my opinion, had no peer in this field. Many of the numbers of symphonic proportions played by the Sousa Band were arrangements of Mr. Bellstedt, and for many years a Sousa pro­gram would have seemed incomplete without one of his humorous hits. Mr. Sousa spoke in glowing terms of the ability and musical judgment of Herman Bellstedt, and this solo collection confirms his assessment.

I have included a few solo parts and piano parts in the samples. Give them a look then grab an immediate 135-page PDF download above.