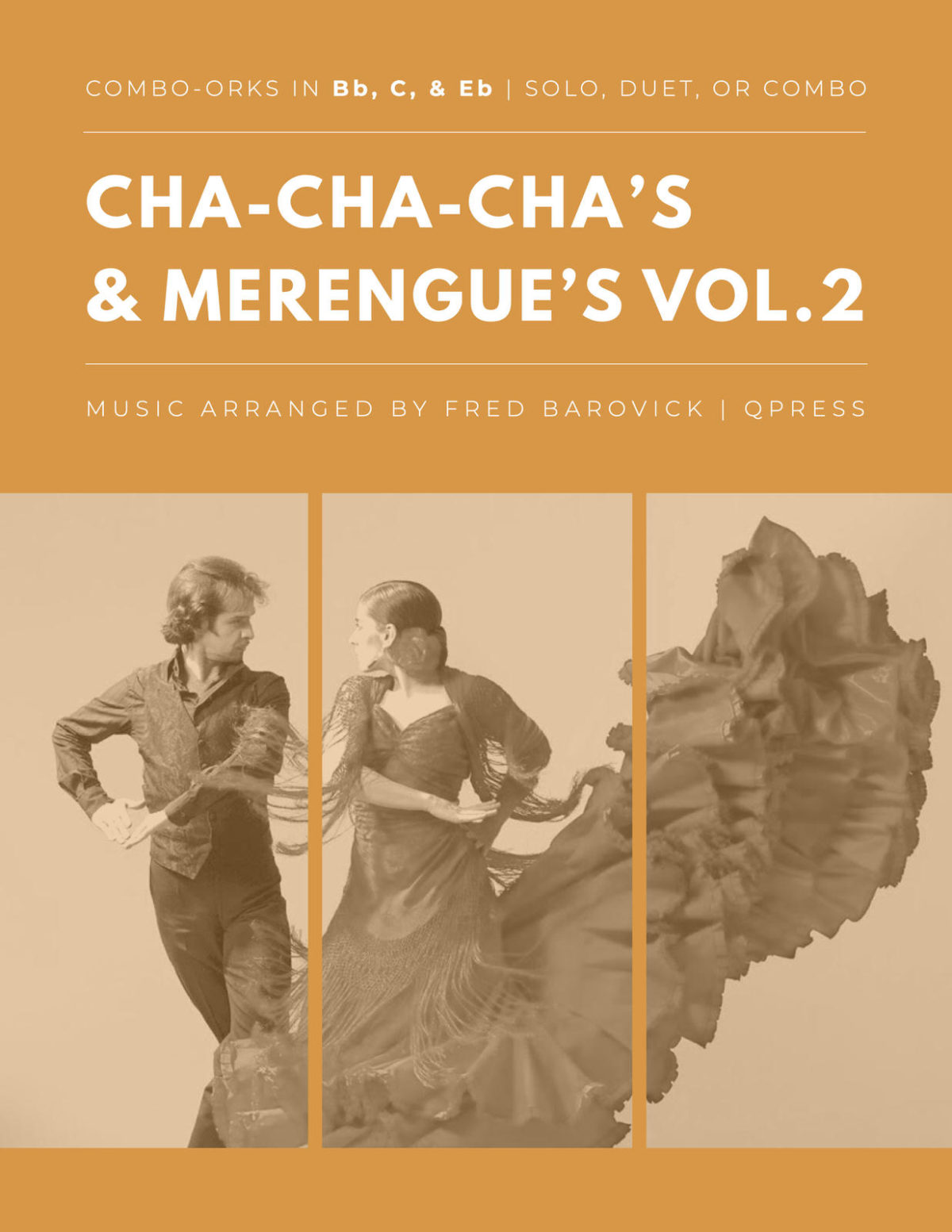 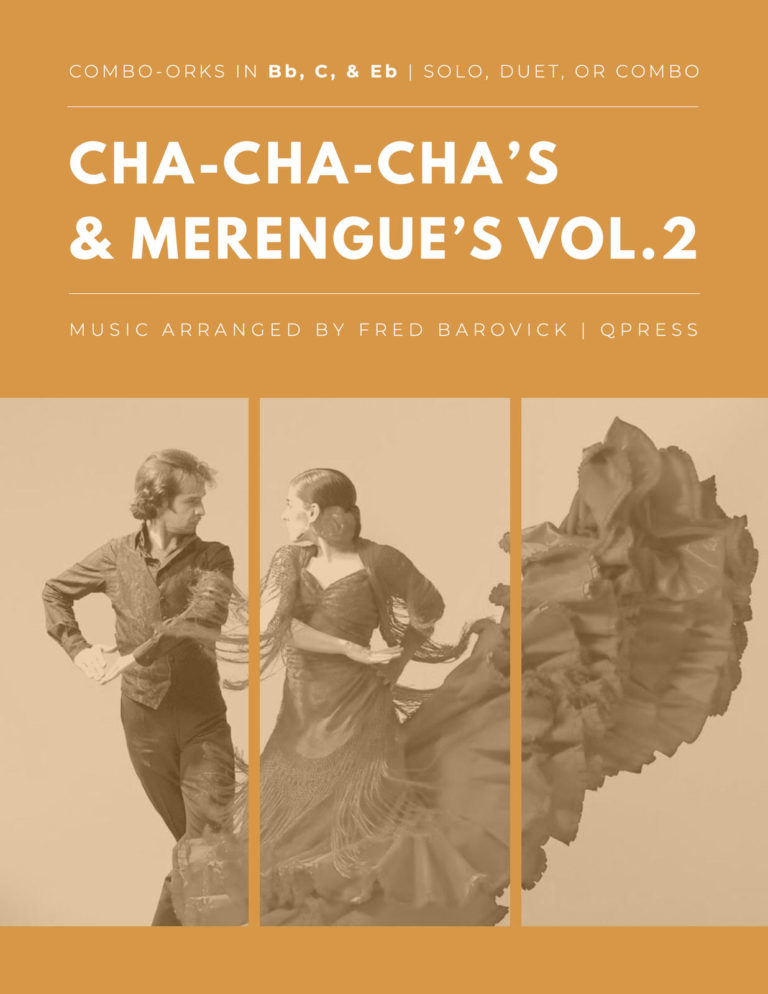 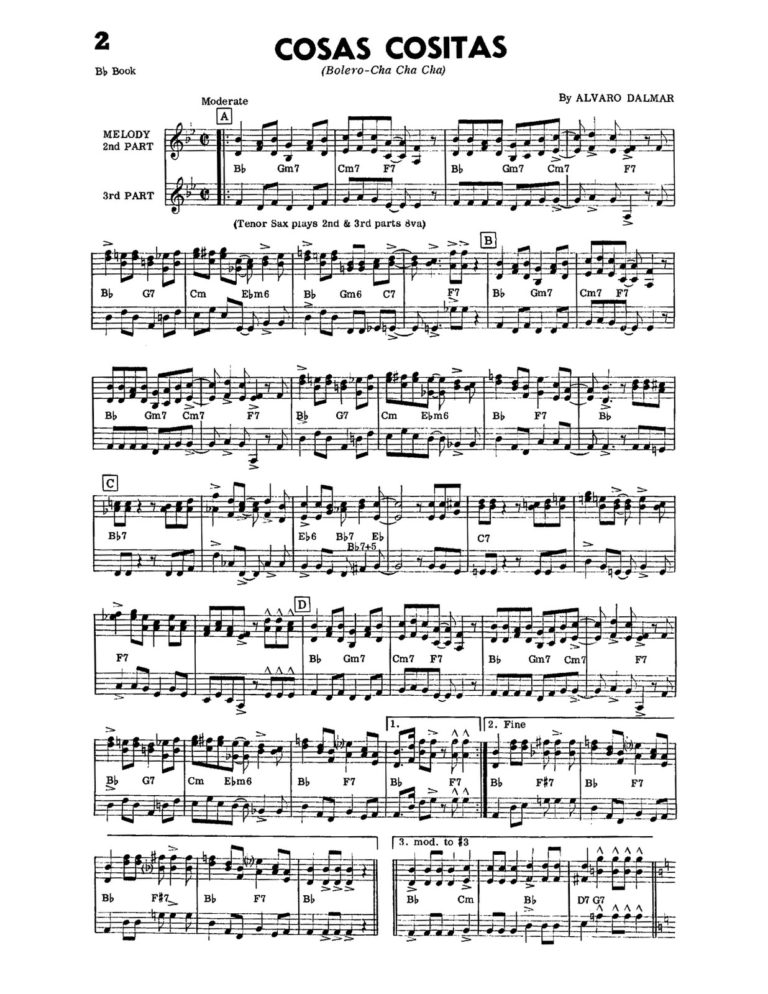 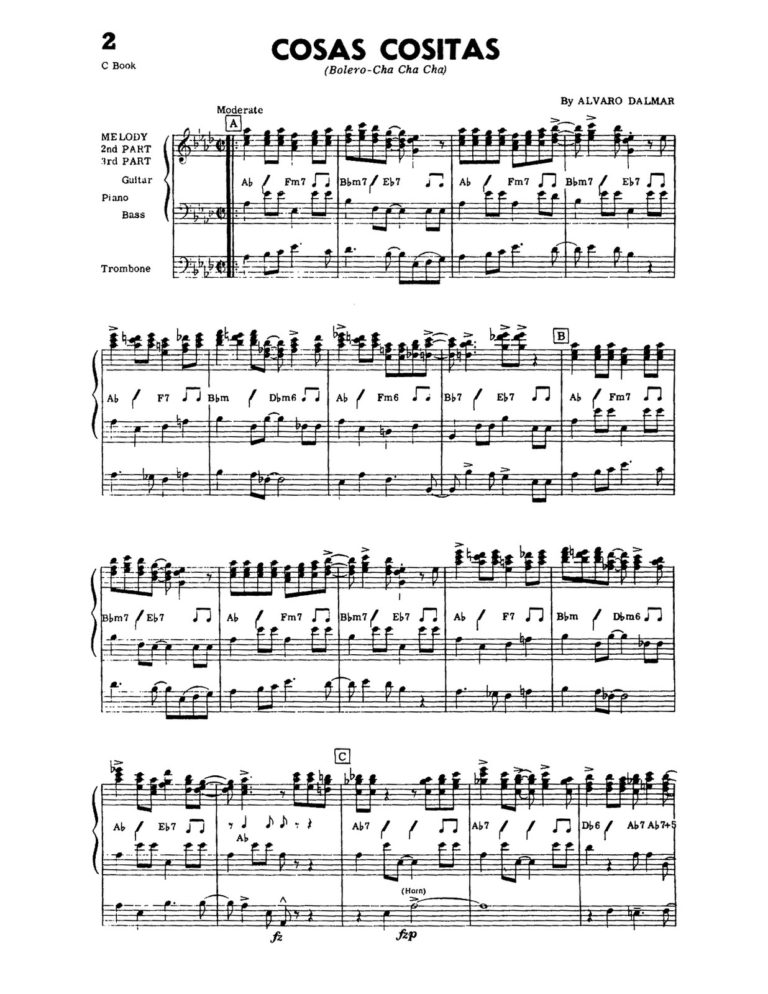 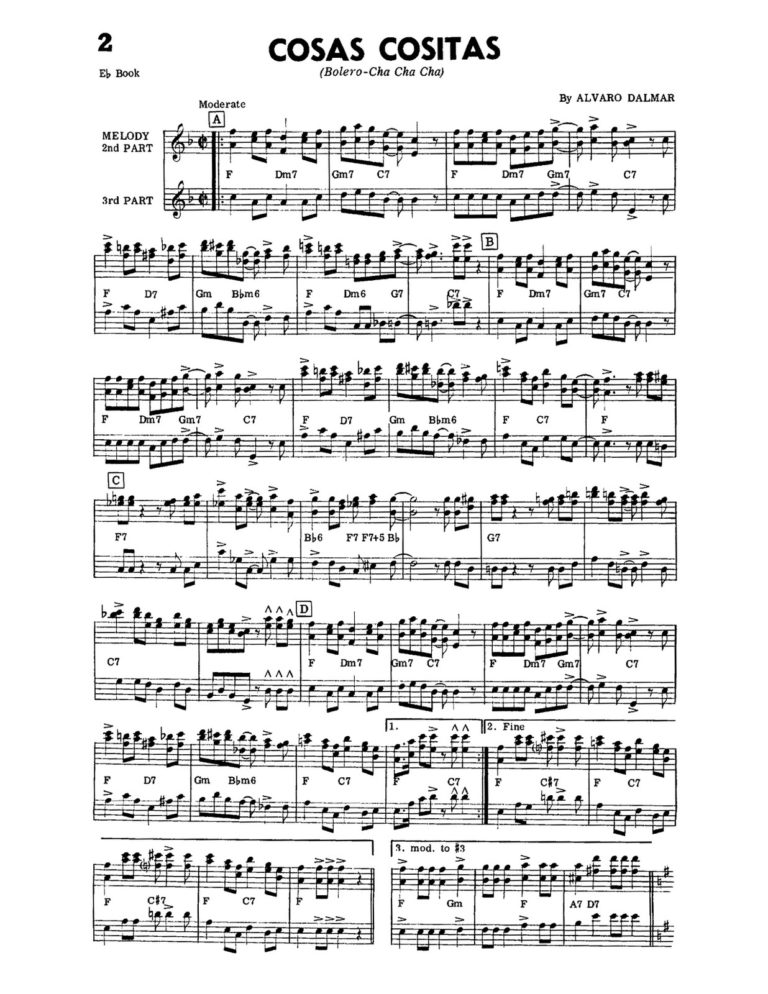 The Cha Cha Cha is a recent development of the Mambo. Starting in and around Cuba and Puerto Rico, it has since spread throughout the island of the Caribbean sea and then north to the United States, and across to Europe and Africa. The Merengue seemed to have its start simultaneously in both Haiti and The Dominican Republic. It is brighter in tempo than the Cha Cha Cha. As with the first book in this series, the 8 Cha Cha Cha’s and 8 Meregue’s all have first and second endings plus optional modulations to the following selection. Each selection is complete with melody lead, second and third harmonies, plus chord names.

This collection includes one book with parts for Bb, C, Eb instruments, and Bass Clef for Tuba and/or Trombone as well (including piano accompaniment in the concert pitch book). These include chords and melodies to add other accompaniment instruments like guitar, and lead parts with counter melodies in each of the listed keys. With this extremely flexible layout, you can create a combo as small as trumpet and piano, to as big as a full band with trumpets, clarinets, saxophones, trombones, and a full rhythm section.