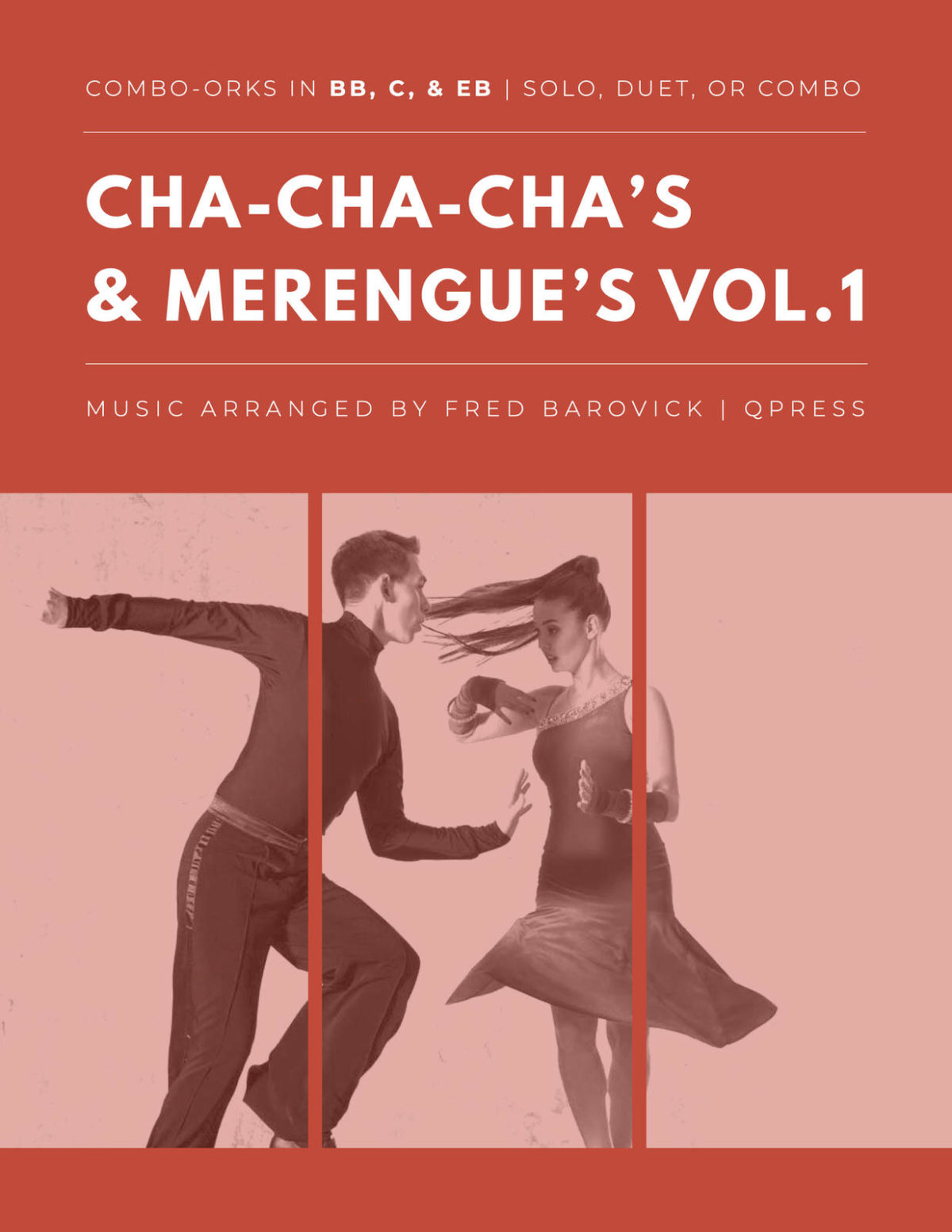 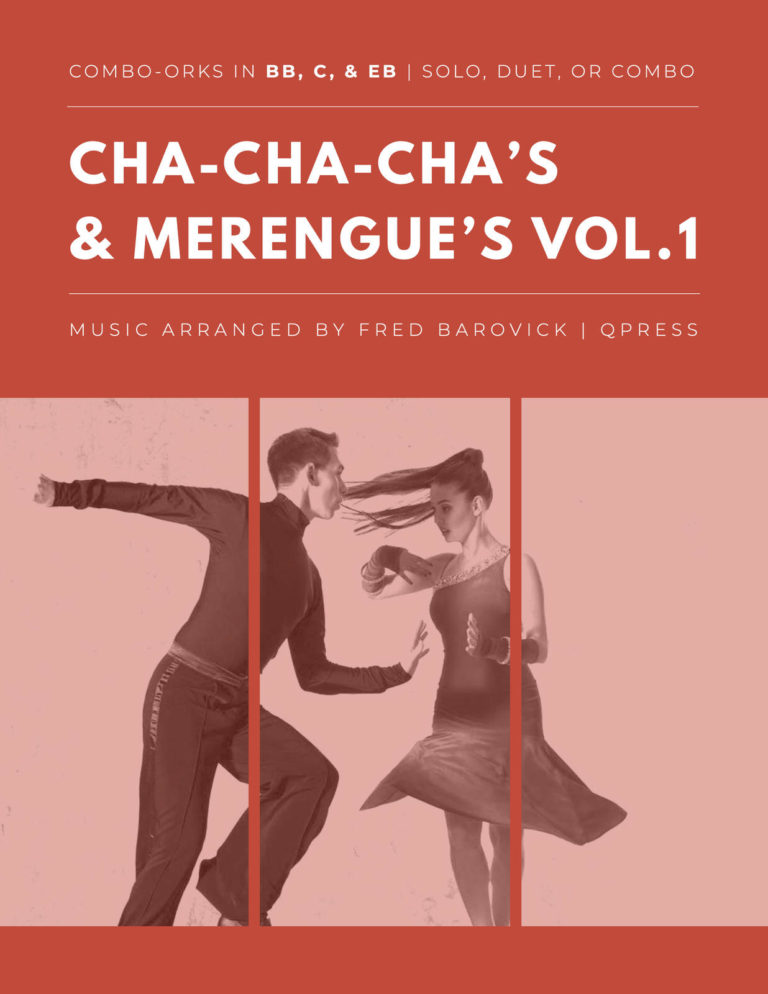 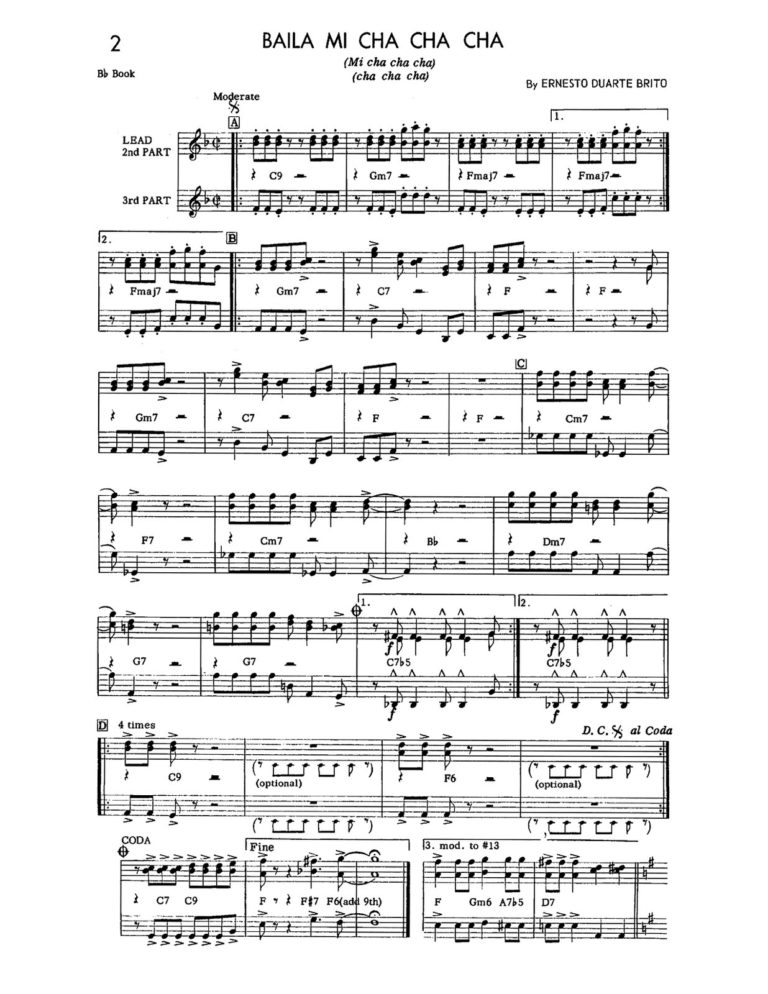 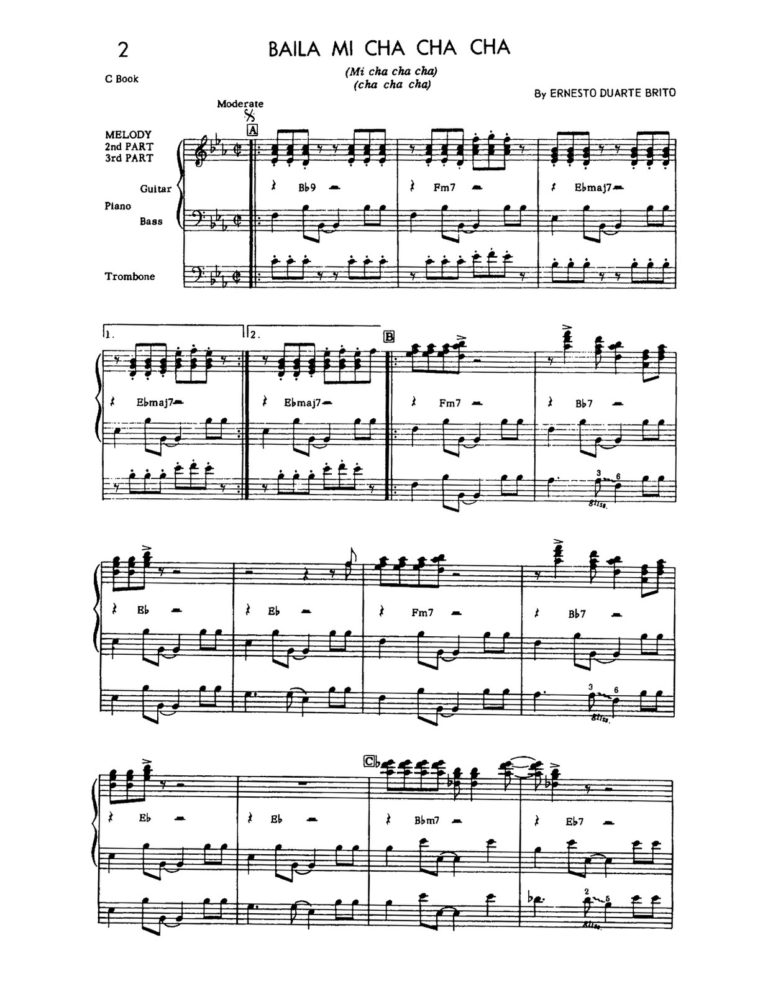 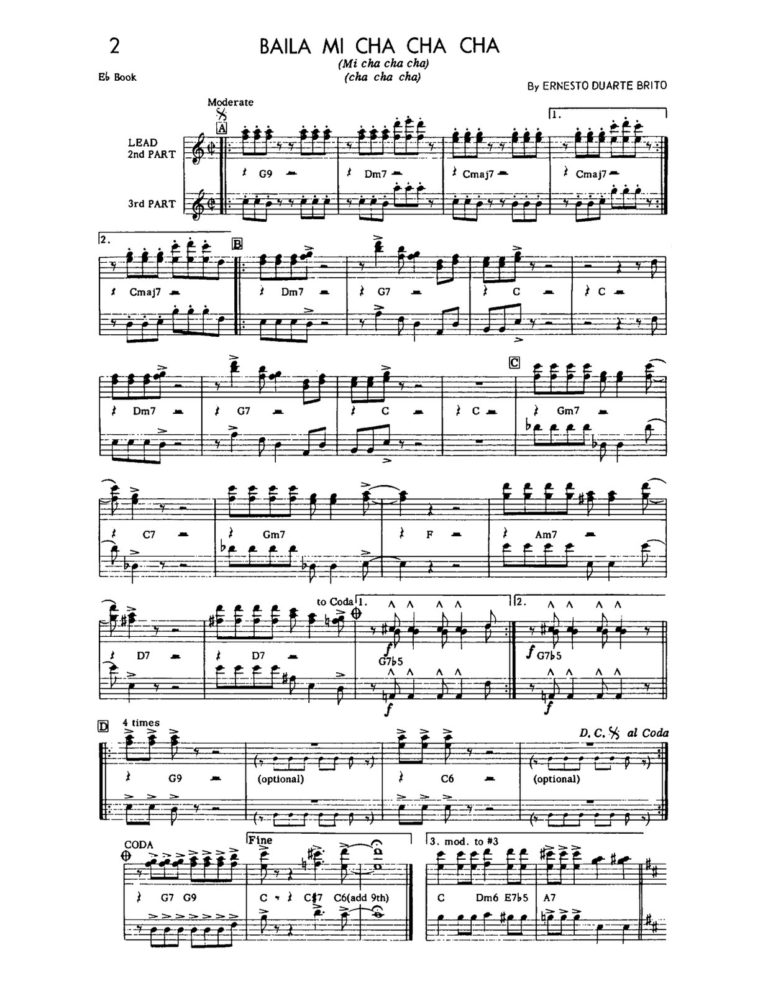 The cha-cha-cha (also called cha-cha), is a dance of Cuban origin. It is danced to the music of the same name introduced by Cuban composer and violinist Enrique Jorrin in the early 1950s. This rhythm was developed from the danzón-mambo. The Merengue, in contrast, is a type of music and dance originating in the Dominican Republic, which has become a very popular genre throughout Latin America, and also in several major cities in the United States with Latin communities. With this new collection of flexible arrangements, you can enjoy 8 selections from each style with optional modulations, complete with melody, harmony parts, and chords.

This collection includes one book with parts for Bb, C, Eb instruments, and Bass Clef for Tuba and/or Trombone as well (including piano accompaniment in the concert pitch book). These include chords and melodies to add other accompaniment instruments like guitar, and lead parts with counter melodies in each of the listed keys. With this extremely flexible layout, you can create a combo as small as trumpet and piano, to as big as a full band with trumpets, clarinets, saxophones, trombones, and a full rhythm section.