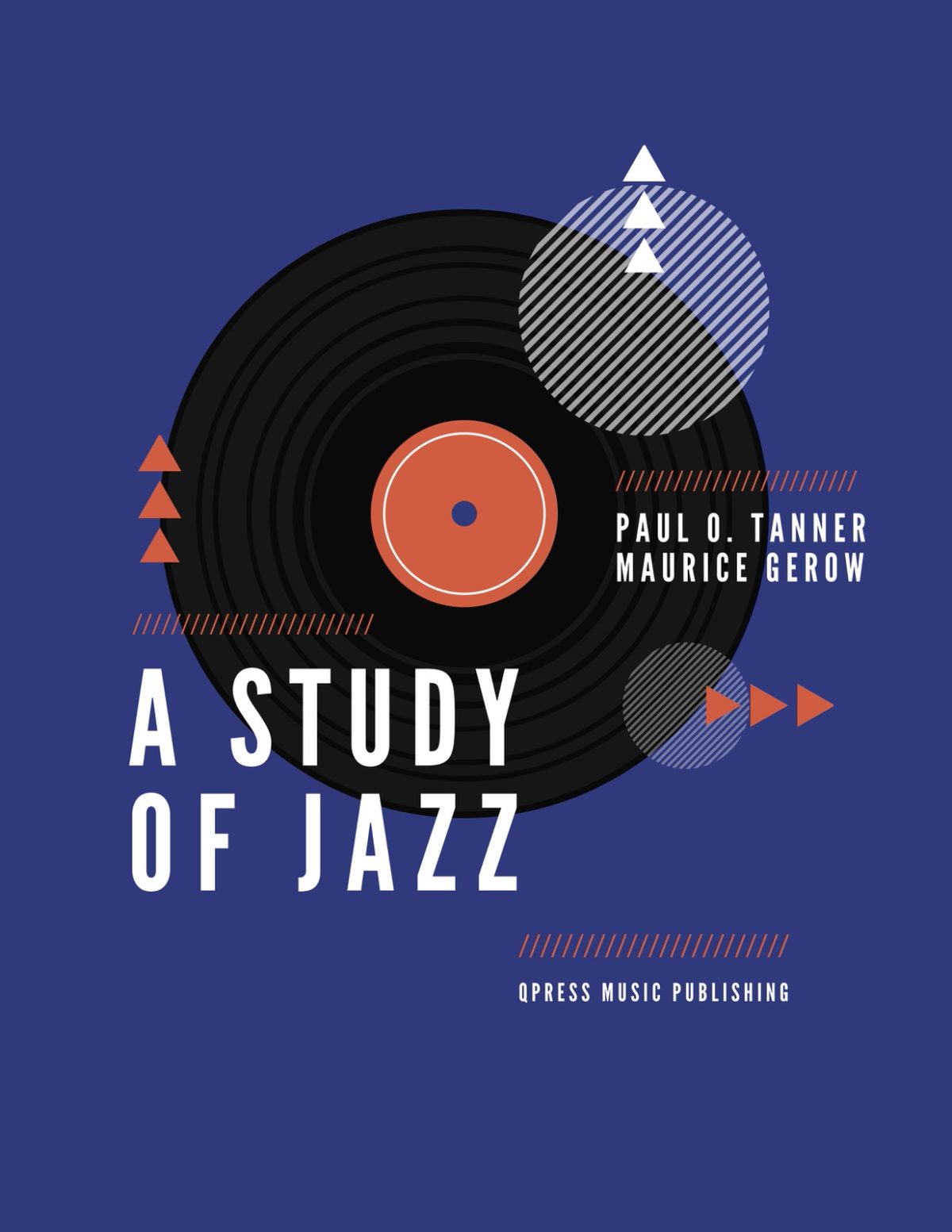 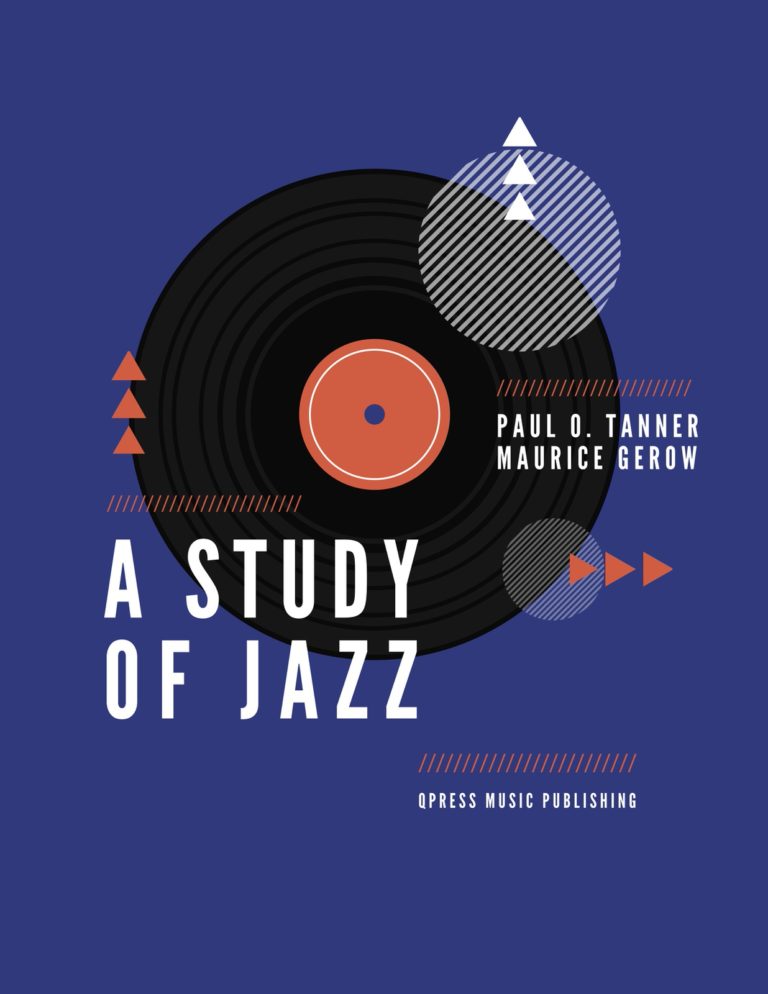 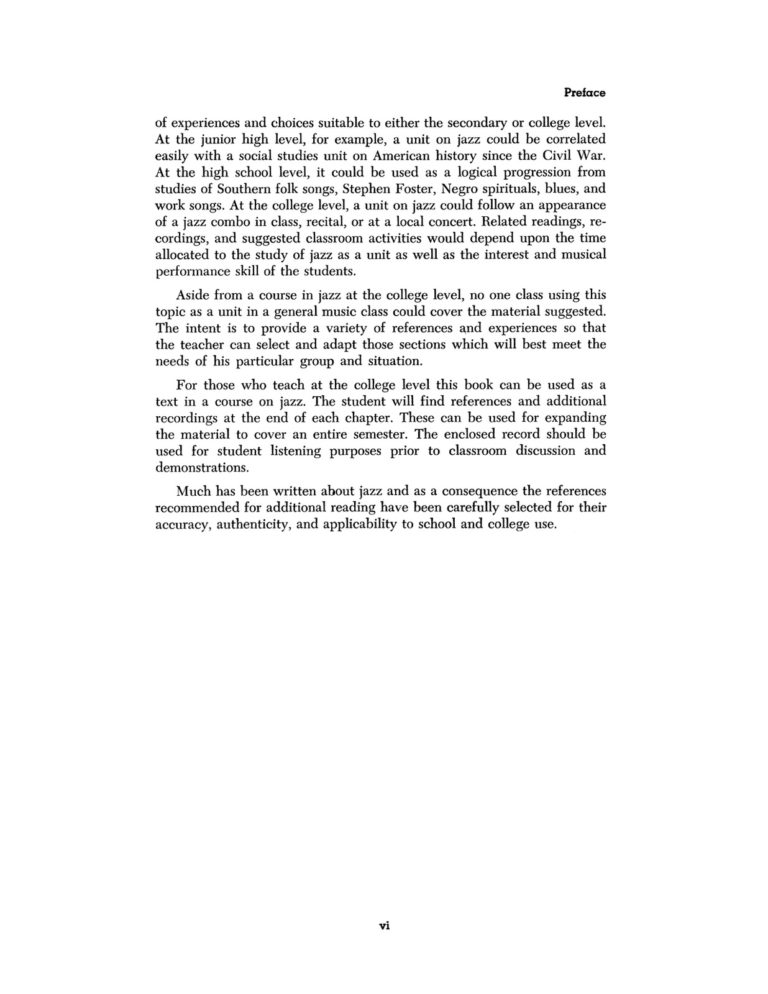 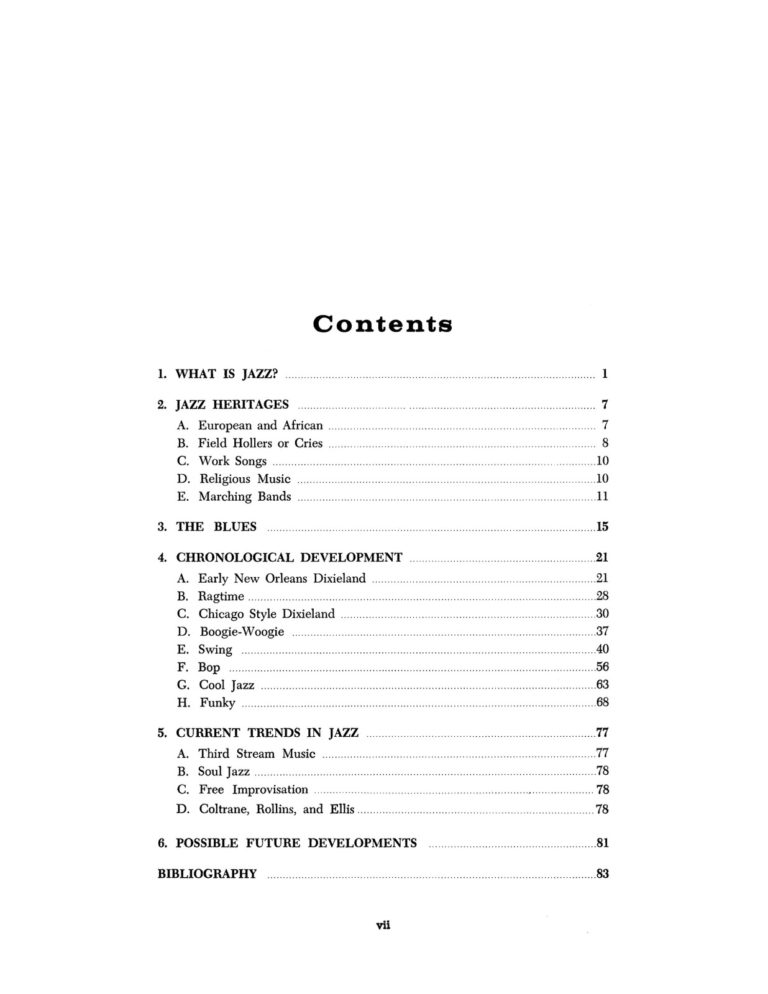 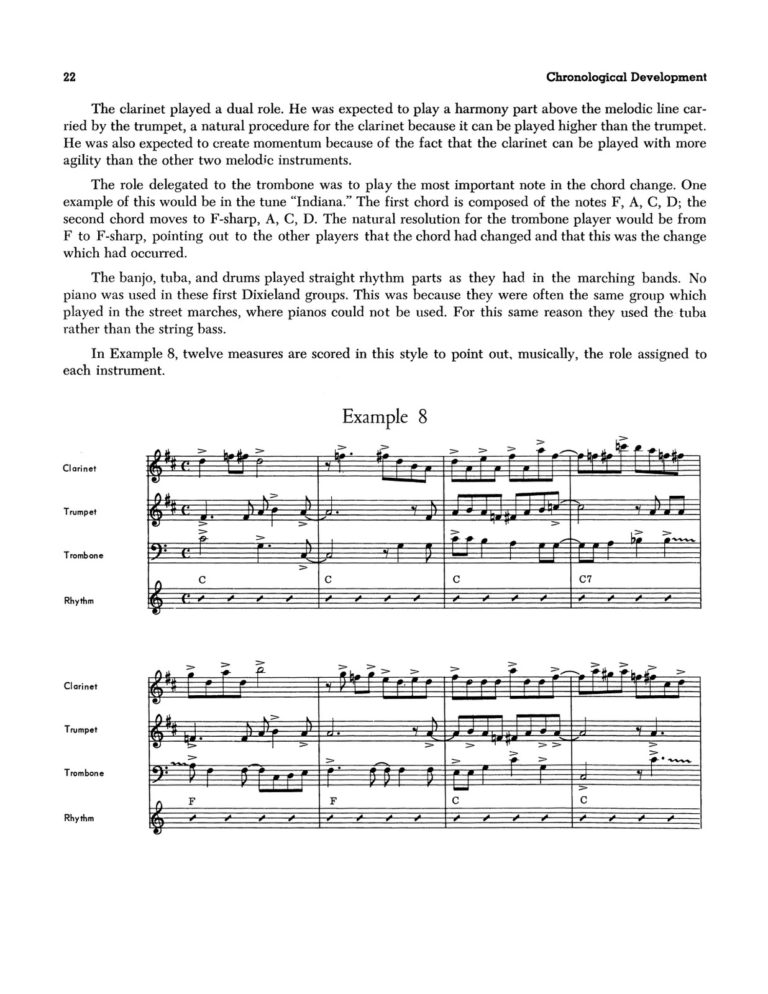 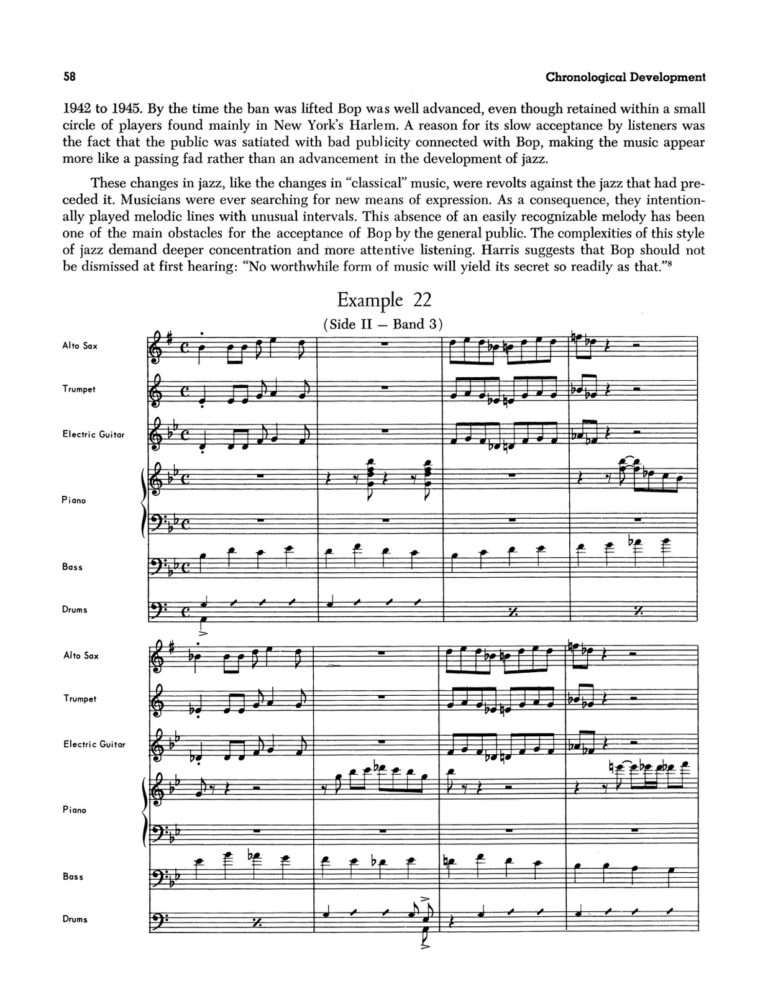 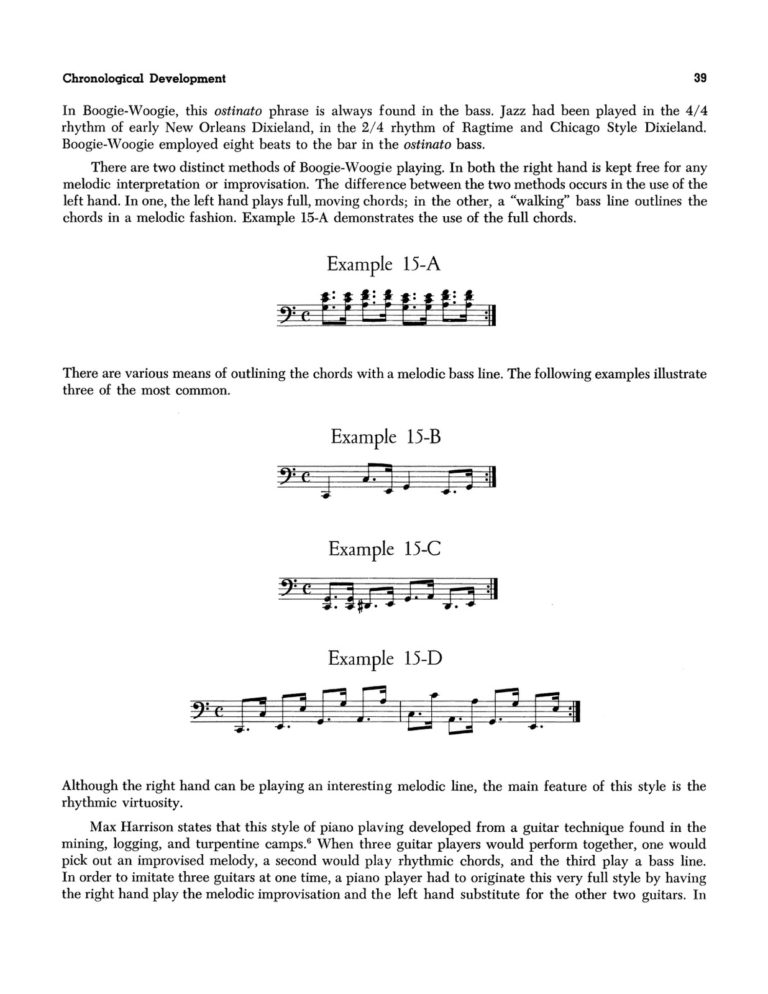 A Study of Jazz (With Audio) By Maurice Gerow

Many sources have concluded that jazz is the United States’ sole original contribution to the world of music. While this may be debatable, the passage of time does indicate more and more clearly the importance of American jazz.

Due to its comparatively recent emergence as a recognized art form, a great deal of confusion exists as to the meaning, origins, development, and place of jazz relative to other areas of music. This guide will attempt to define jazz as precisely as possible at the very beginning. Since access to jazz is comparatively easy and common in present society, the emphasis will be concentrated on the nature and processes of jazz and particularly on its historical background and development in the United States.

In the music curriculum at both the secondary and college level, a subject that is becoming of great importance to the adult is general music or music appreciation. This book can be used most effectively after the teacher has thoroughly covered the material and has become acquainted with his class. The intent here is to furnish a reference or guidebook which will provide for a variety of experiences and choices suitable to either the secondary or college level.

At the junior high level, for example, a unit on jazz could be correlated easily with a social studies unit on American history since the Civil War. At the high school level, it could be used as a logical progression from studies of Southern folk songs, Stephen Foster, Negro spirituals, blues, and work songs. At the college level, a unit on jazz could follow an appearance of a jazz combo in class, recital, or at a local concert. Related readings, recordings, and suggested classroom activities would depend upon the time allocated to the study of jazz as a unit as well as the interest and musical performance skills of the students.

For those who teach at the college level, this book can be used as a text in a course on jazz. The student will find references and additional recordings at the end of each chapter. These can be used for expanding the material to cover an entire semester. The enclosed record should be used for student listening purposes prior to classroom discussion and demonstrations.

Included with this nearly 100-page book is a set of recordings of original music recorded by Graham Young, Edward Rosa, Dale Brown, Homer Tanner, Norman Jefferies, Elmer Schneider, Wes Nellermoe, Paul Tanner, and Jerry Huchman. These recordings have been transferred from the original Vinyl to digital form for the first time ever at qPress.