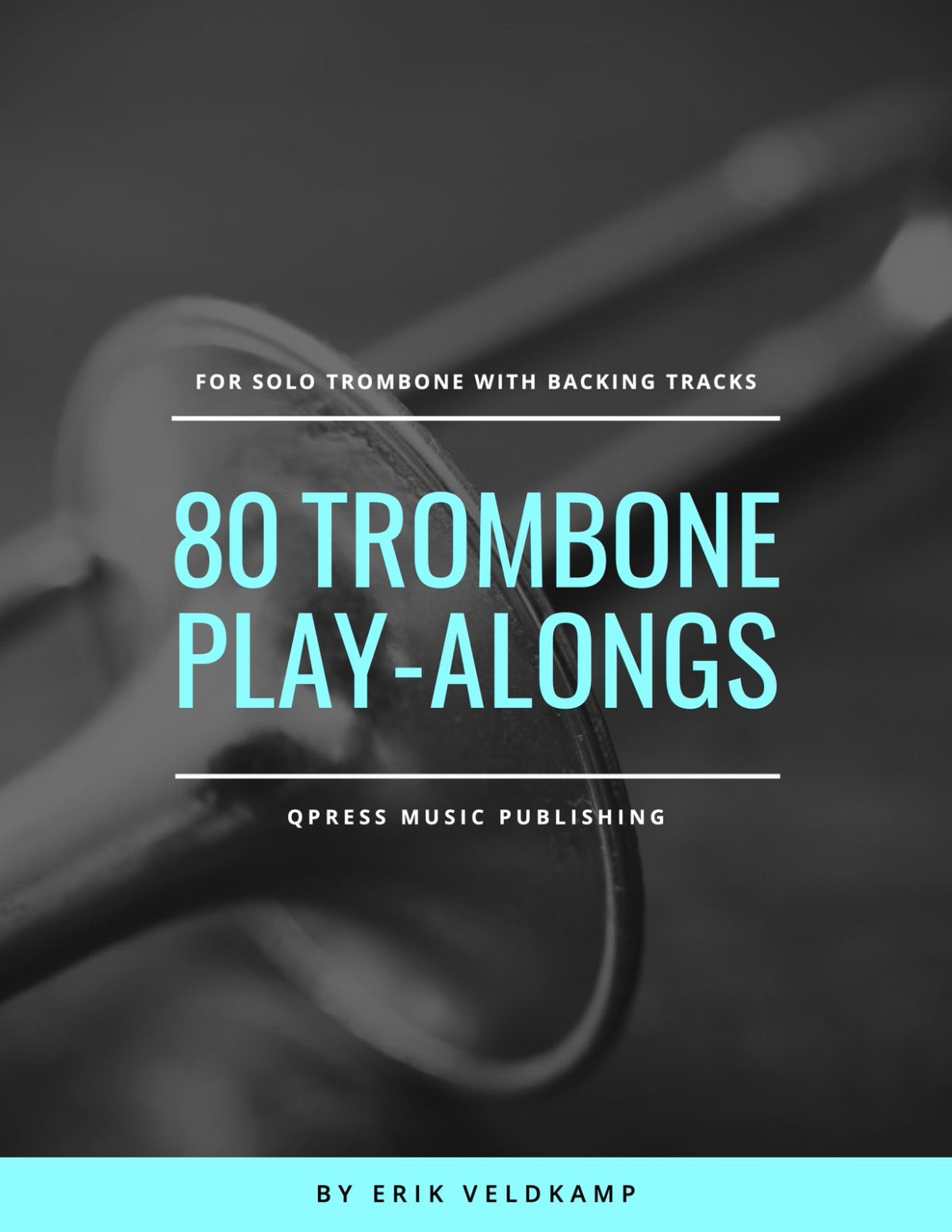 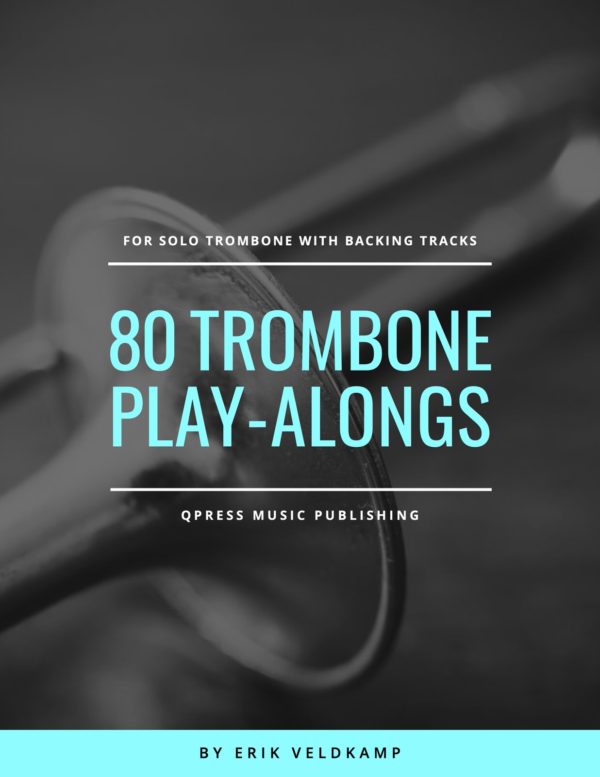 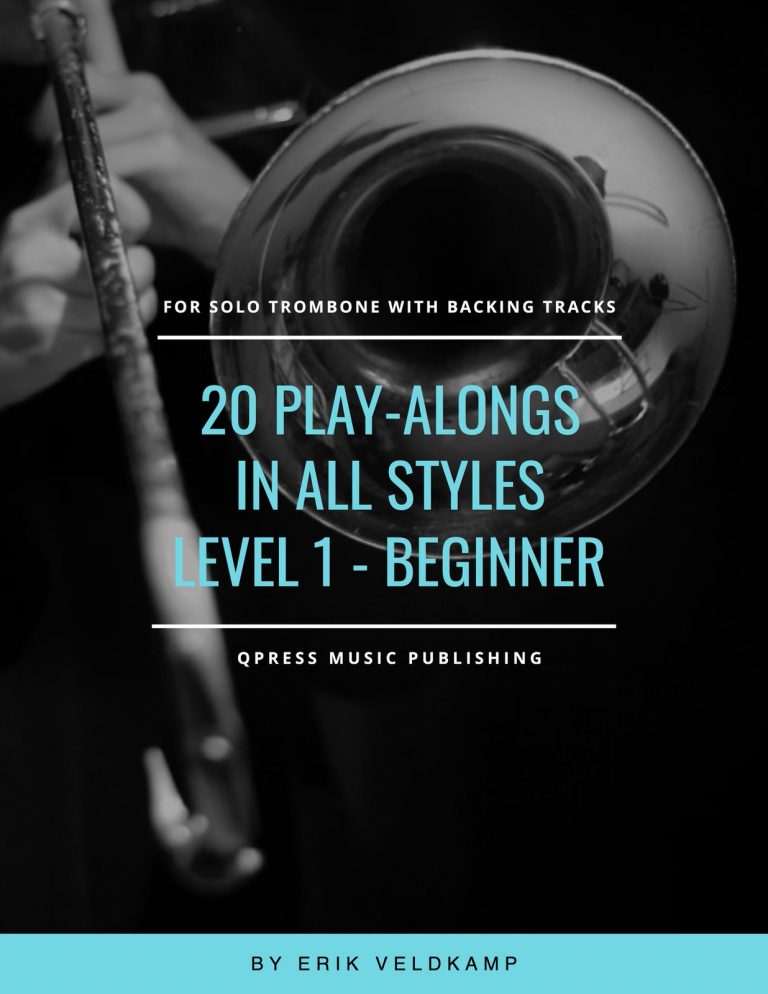 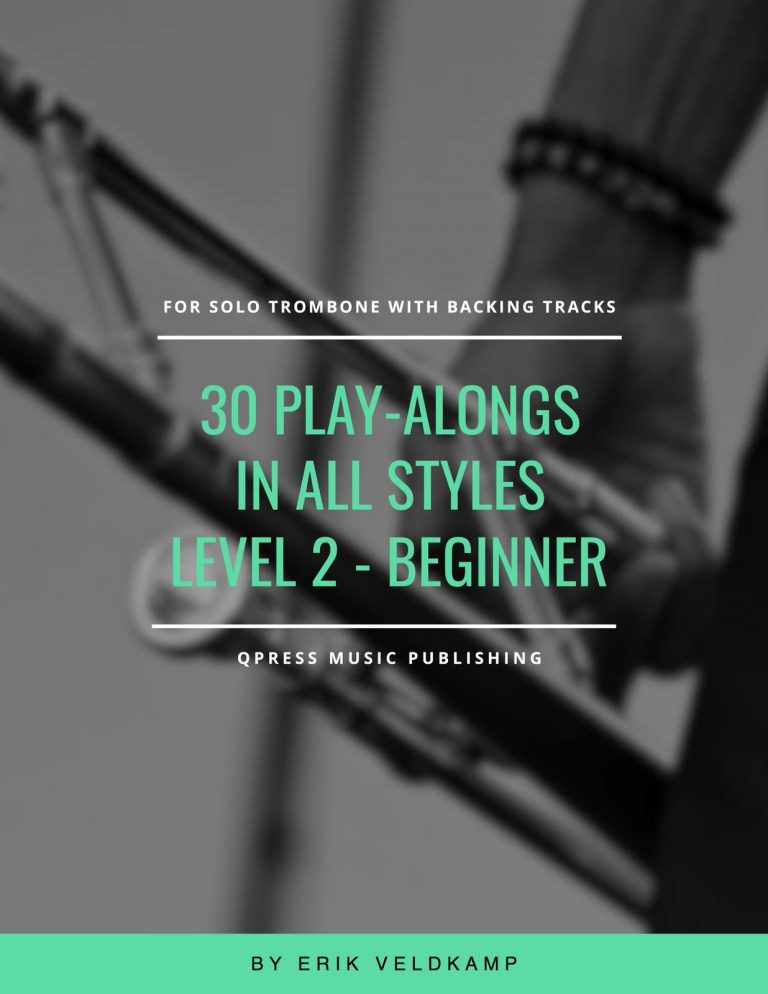 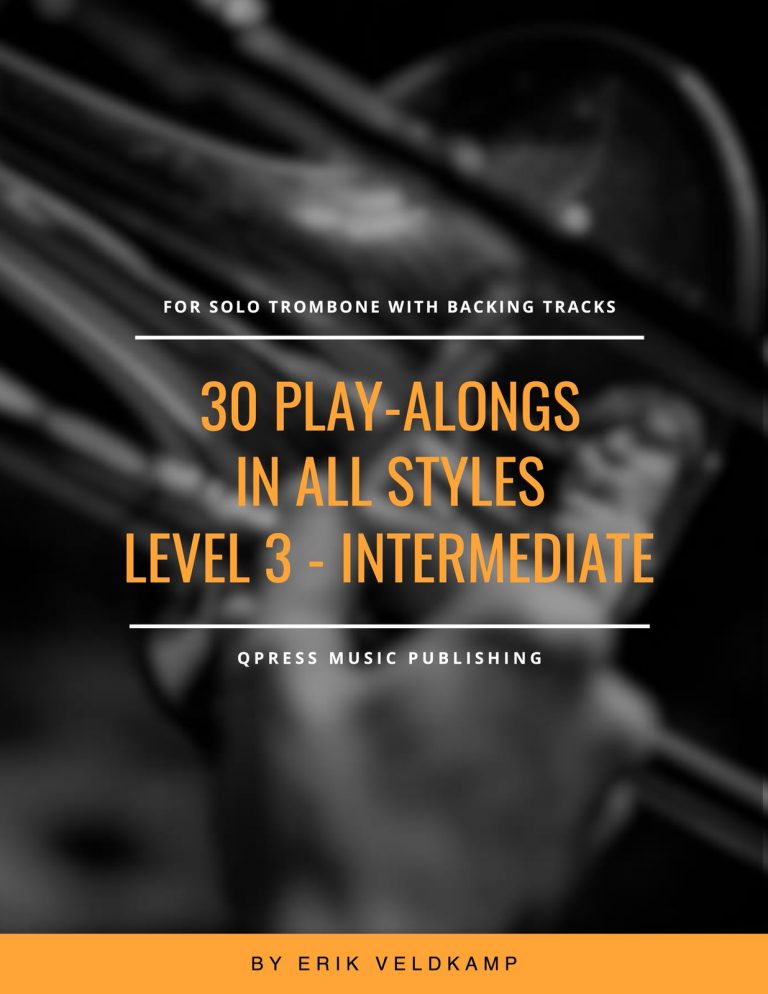 Unlike other play along books, which tend to be written according to a single style, Erik Veldkamp’s series covers ALL modern styles. This variety is incredibly important for the modern trombone player, who will be expected to have proficiency in every major style of playing.

In this 3-book collection, you’ll find 80 trombone play-alongs in styles ranging from Disco, Blues, Swing, British Rock, Latin, Pop, Marches, Hip Hop, Country, Bossa, Tango, Flamenco and more. It’s hard to describe the amount of stylistic variety in these books, so below you’ll find some sample recordings to get acquainted with the music.

This bundle is a great deal; 80 play-alongs, with audio tracks, for less than $0.50 apiece.

Click through the samples to the left, read through the write-ups provided below, and then click above for immediate PDF downloads of the entire bundle.