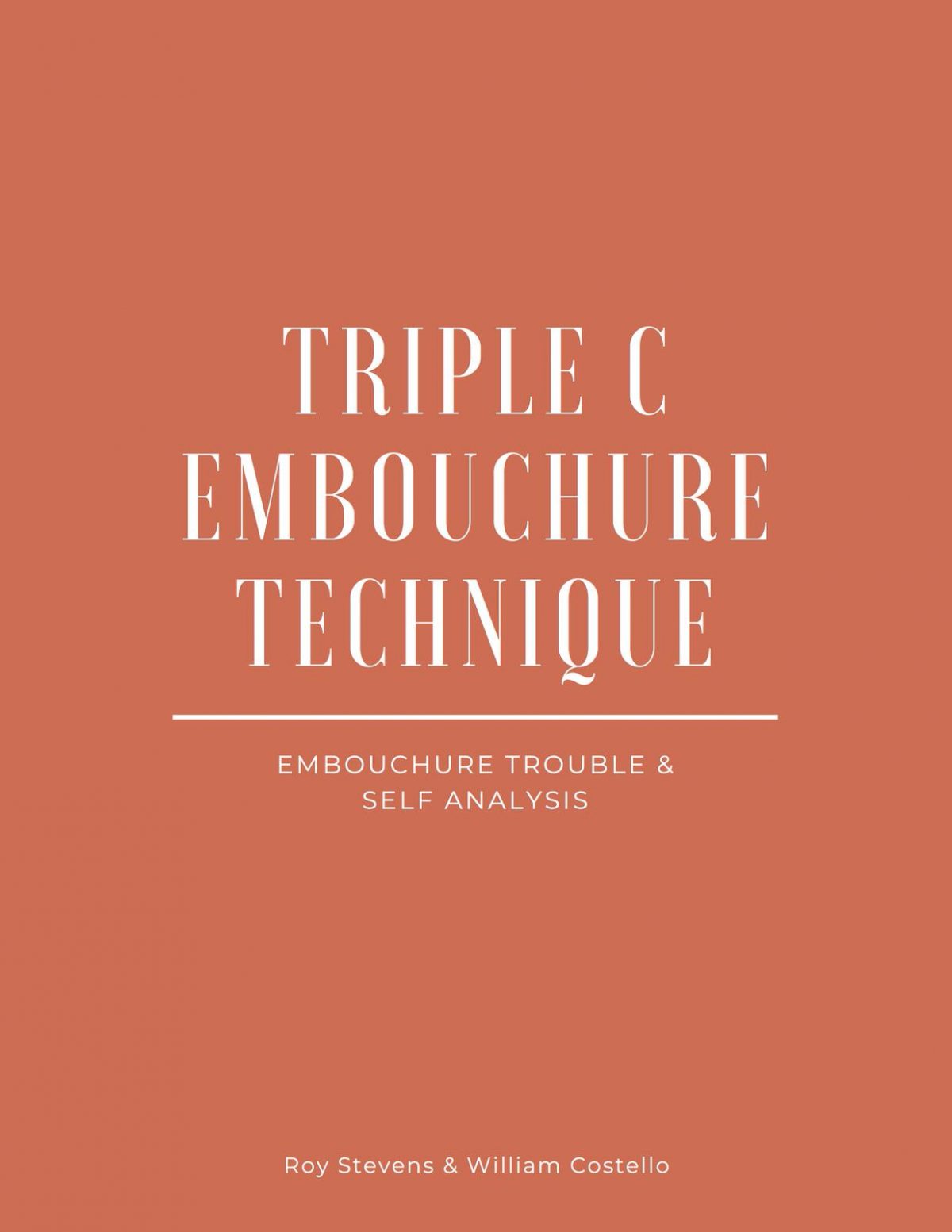 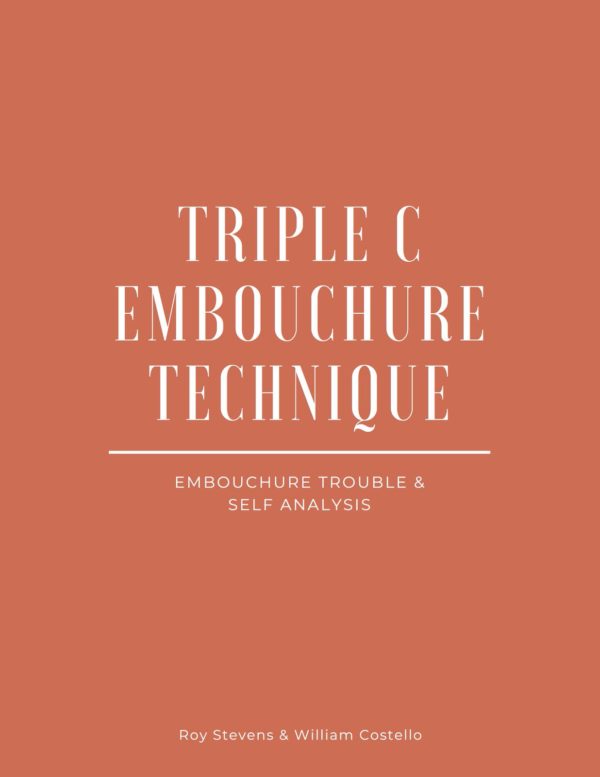 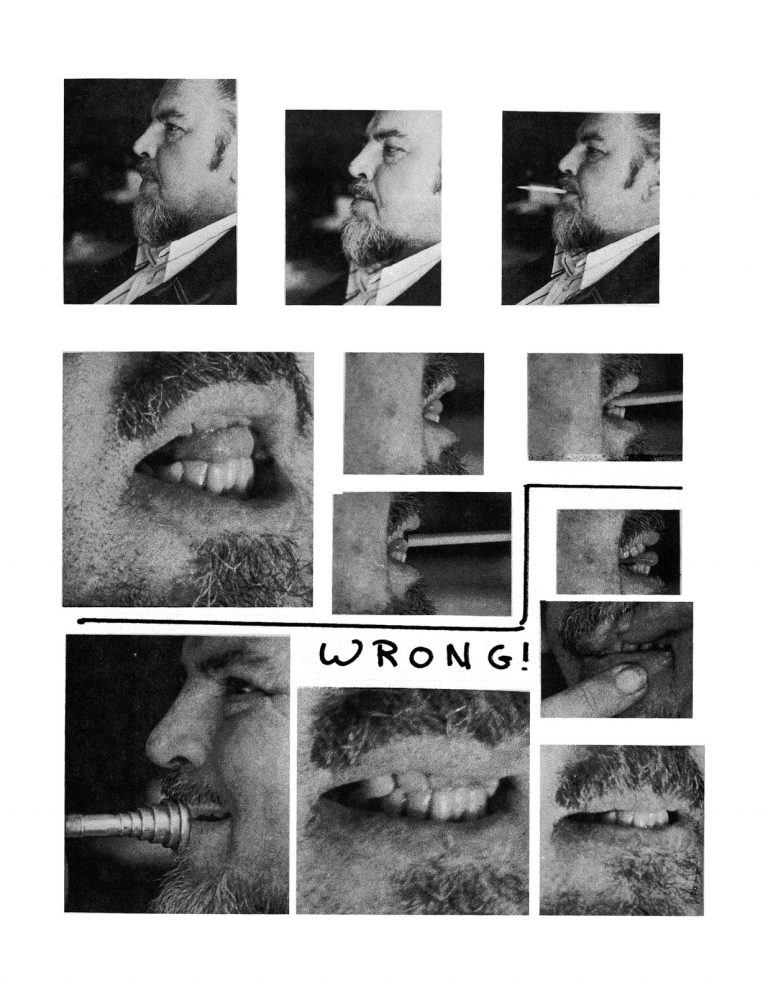 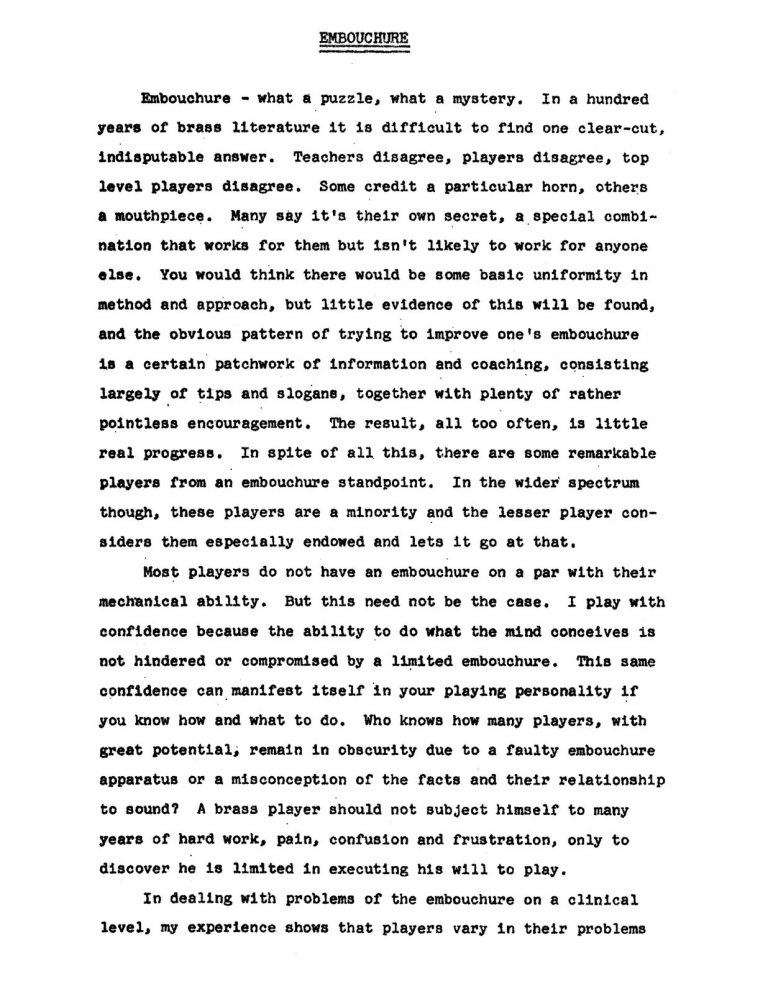 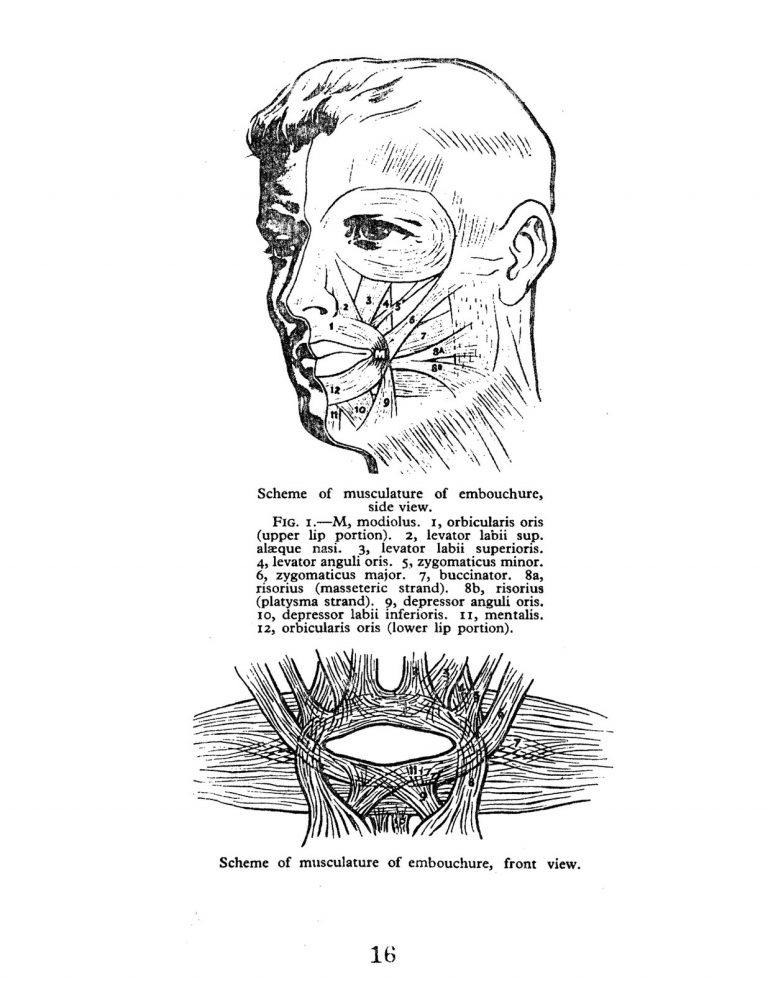 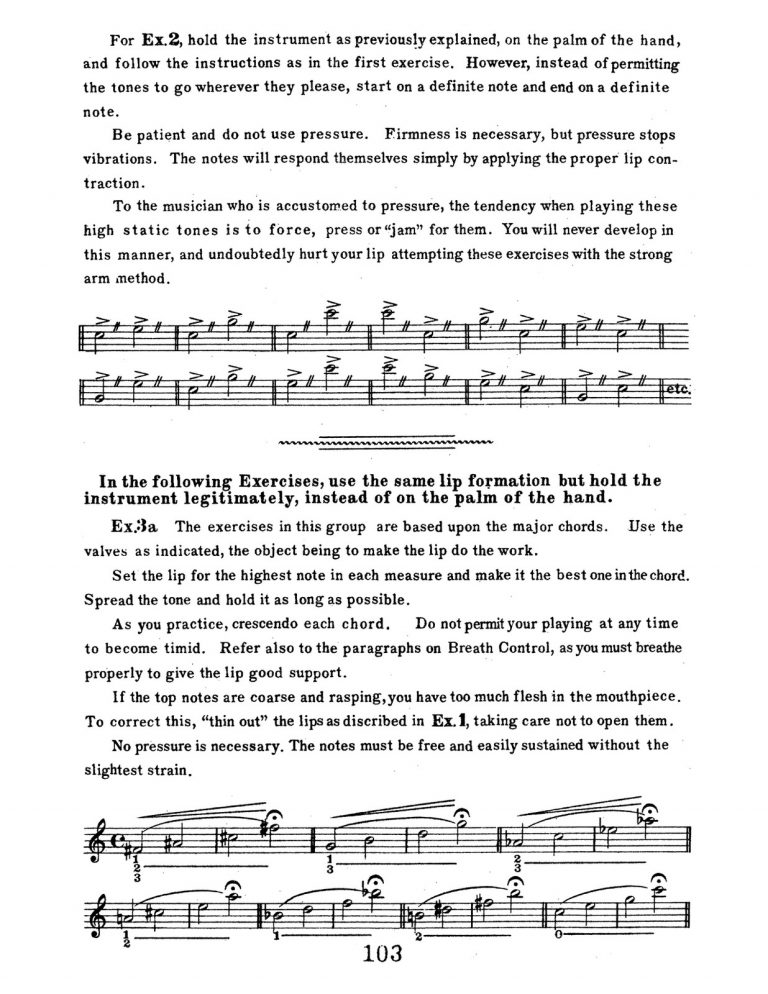 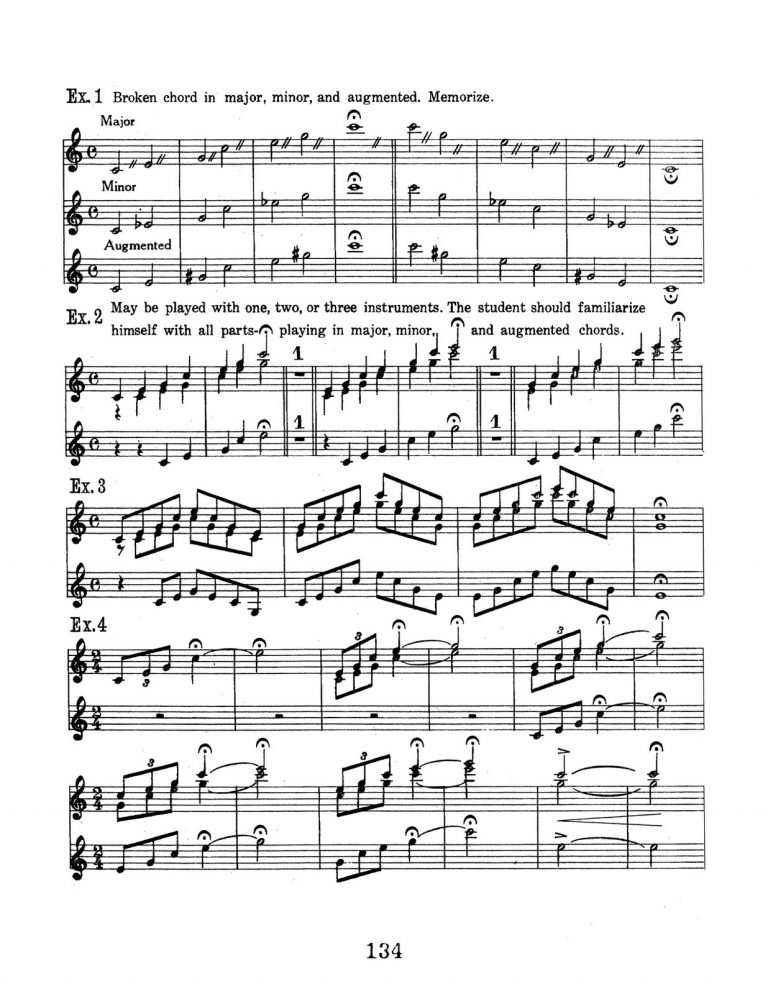 The Stevens-Costello Embouchure Trouble & Self Analysis & Triple C Embouchure Technique has been around in many forms over the years. It has has many re-writes and changes, and as we know from revised editions, things always get lost in translation, so to speak. What you see here is the original, straight from the desks of Stevens & Costello, direct from their typewriter. This is before computer editing and publishing software, the page numbers are even done with a stamp after the fact. If you want to see exactly what they were working on in an unadulterated form, here it is.

First published in 1971, Roy Steven’s Embouchure Self-Analysis and The Stevens-Costello Embouchure Technique (Complete) is considered to be the authoritative text on embouchure analysis incorporating physical laws, scientific principles and muscular physiology in establishing a consistent embouchure for the brass player.

A non-pressure system of brass playing based on physical laws of the embouchure setup; that when used with proper air compression and direction can produce an unlimited range. There is no other system out there that gives you the “notes” on a brass instrument before one develops the rudiments of music. It contradicts the evolutionary way of “building chops for years”.

This principle was founded by William Costello in the 1930’s and later taught by Roy Stevens until 1989 in New York City. The concepts of the Costello systems have been used by trumpeters and brass players worldwide for decades, helping those with embouchure problems and developing others to become great lead players.

Check out some samples to the left, then click above to grab an immediate PDF download, a print copy, or both.