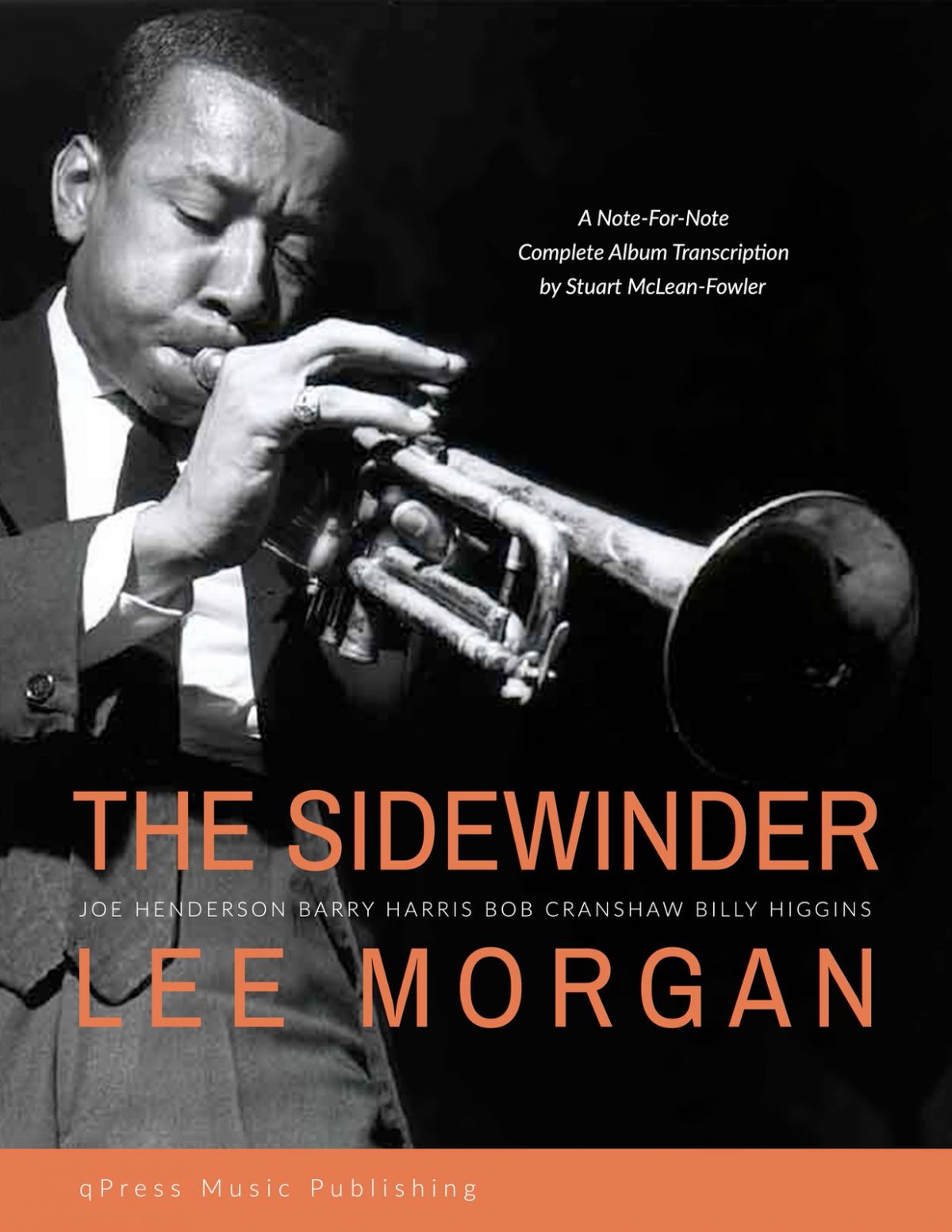 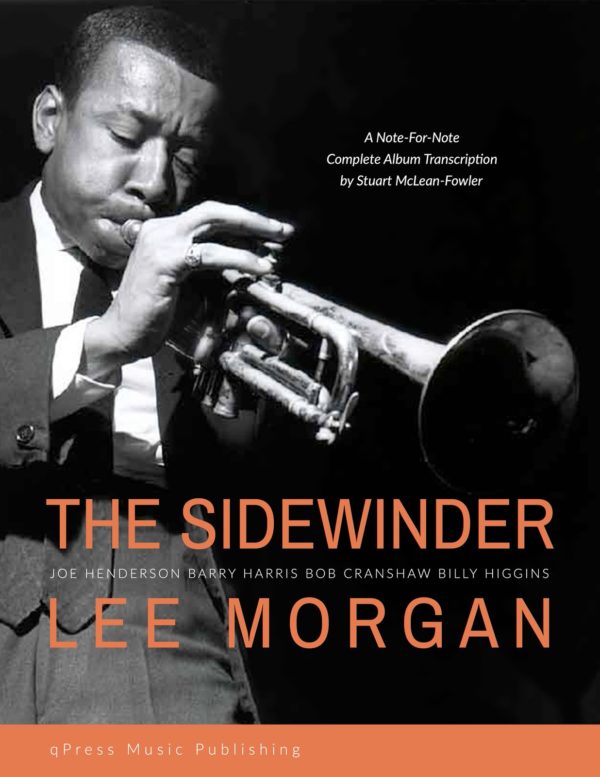 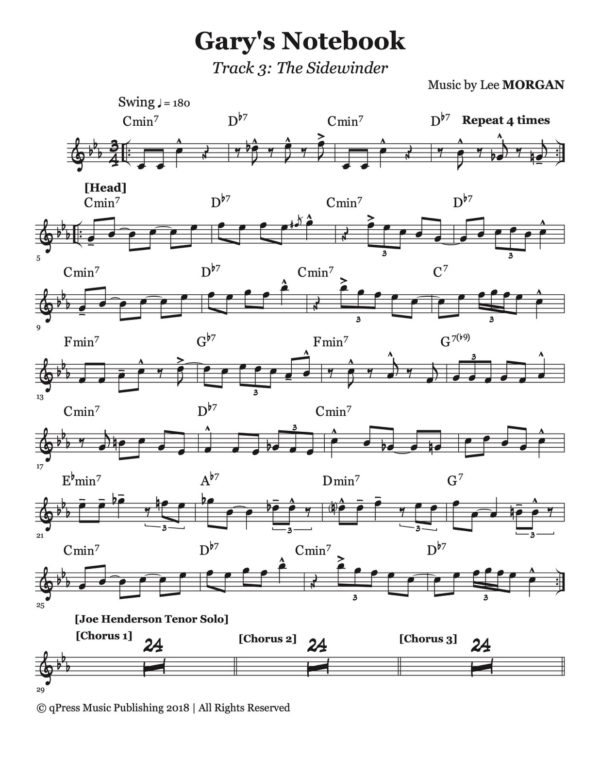 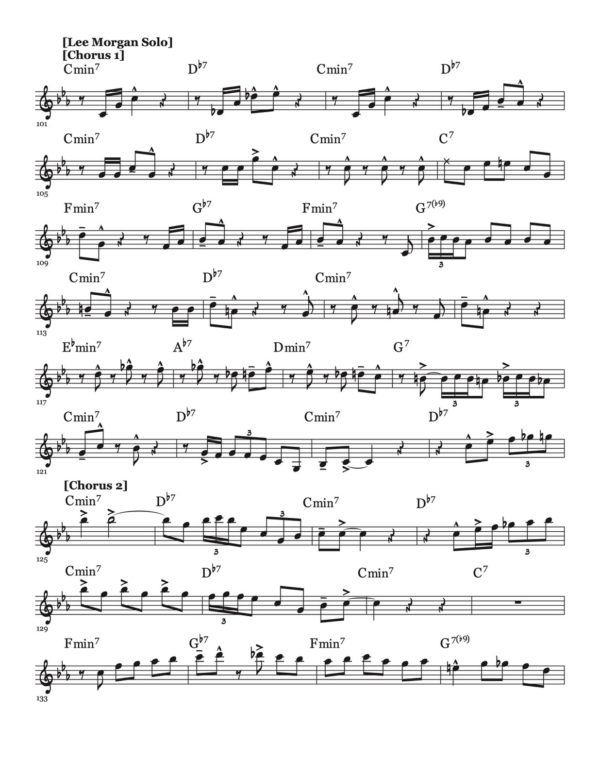 The product before you is part of qPress’ Complete Album Transcription series, now including the albums of Lee Morgan, as transcribed by Stuart McLean-Fowler. In this book you get every note that Lee Morgan played on this monumental album, complete with chord changes, to help you get into the mindset of one of the finest players in our history.

Carried by its almost impossibly infectious eponymous opening track, The Sidewinder helped foreshadow the sounds of boogaloo and soul-jazz with its healthy R&B influence and Latin tinge. While the rest of the album retreats to a more conventional hard bop sound, Morgan’s compositions are forward-thinking and universally solid. Only 25 at the time of its release, Morgan was accomplished (and perhaps cocky) enough to speak of mentoring the great Joe Henderson, who at 26 was just beginning to play dates with Blue Note after getting out of the military. Henderson makes a major contribution to the album, especially on “Totem Pole,” where his solos showed off his singular style, threatening to upstage Morgan, who is also fairly impressive here. Barry Harris, Bob Cranshaw, and Billy Higgins are all in good form throughout the album as well, and the group works together seamlessly to create an album that crackles with energy while maintaining a stylish flow.

Track list and audio sample below, sample pages to the left, then an immediate digital download above.