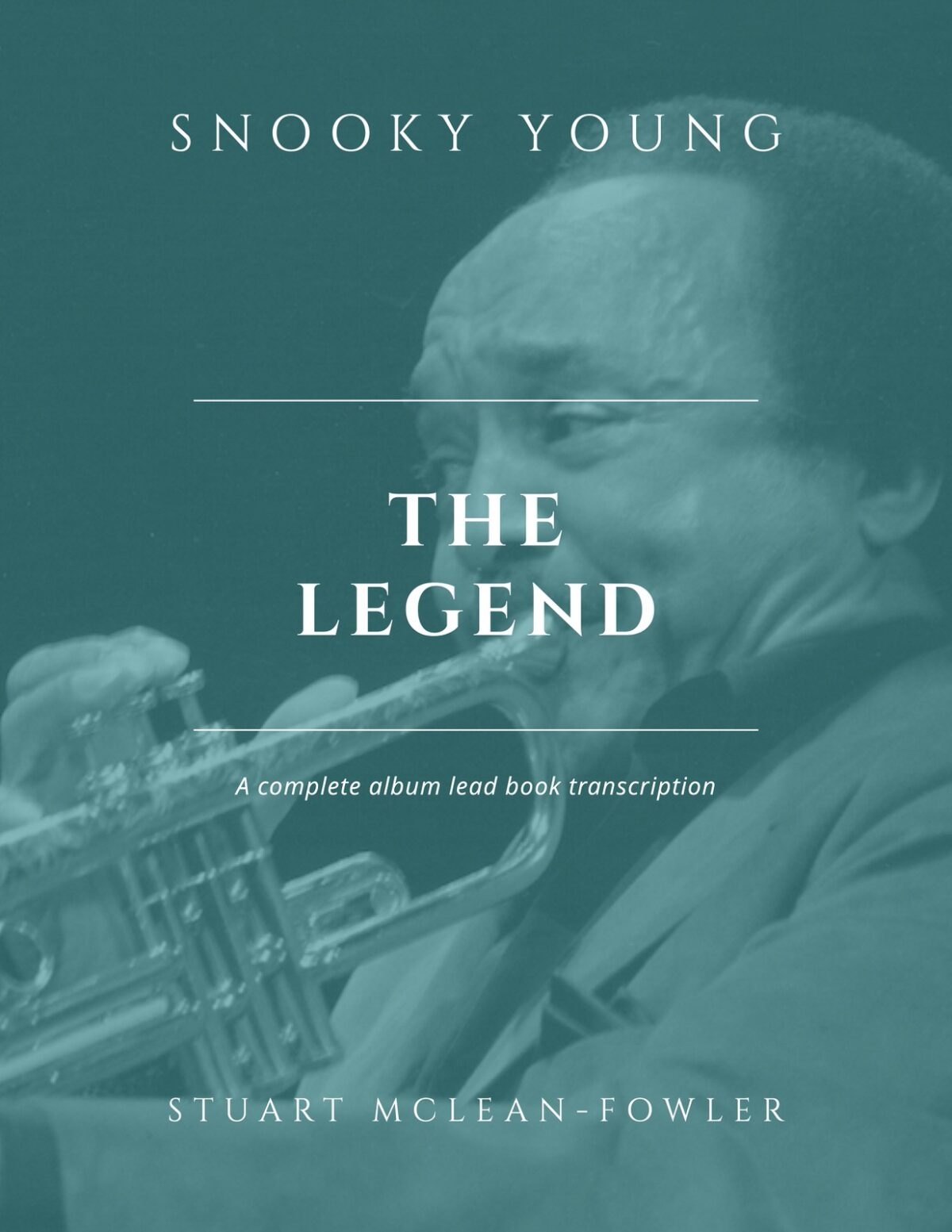 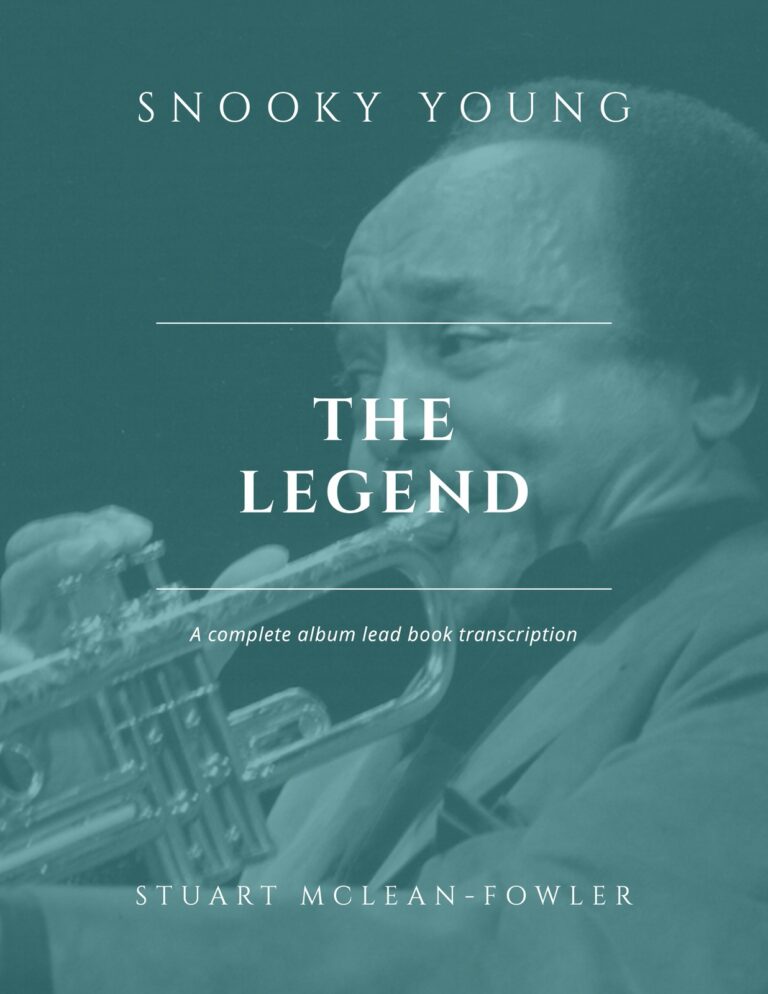 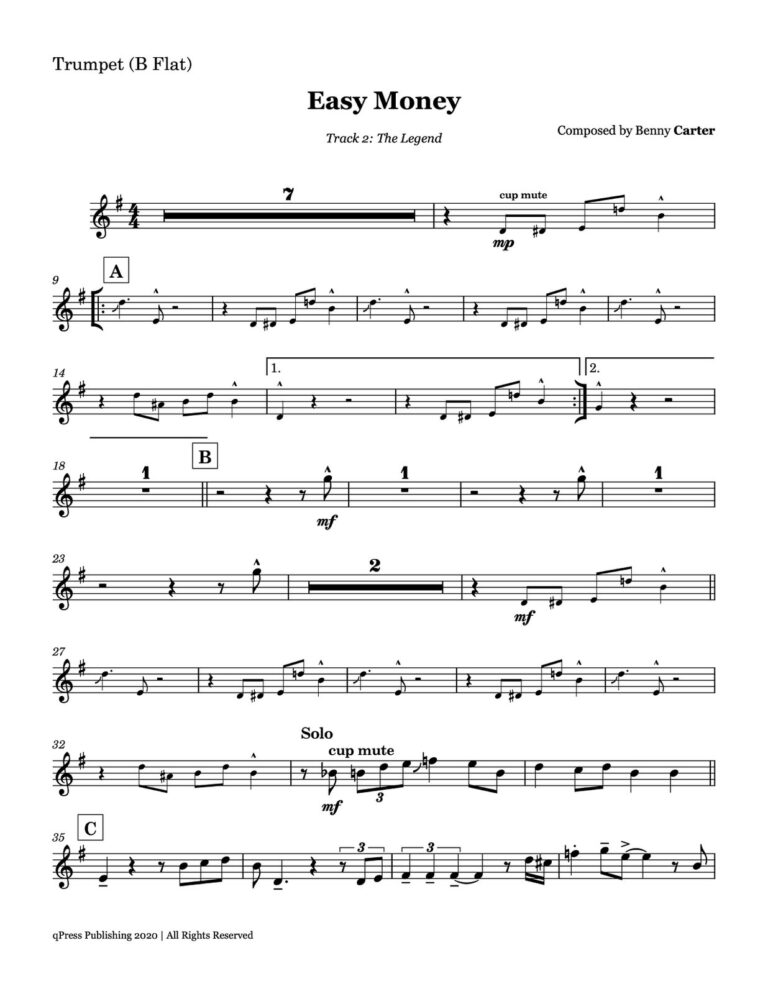 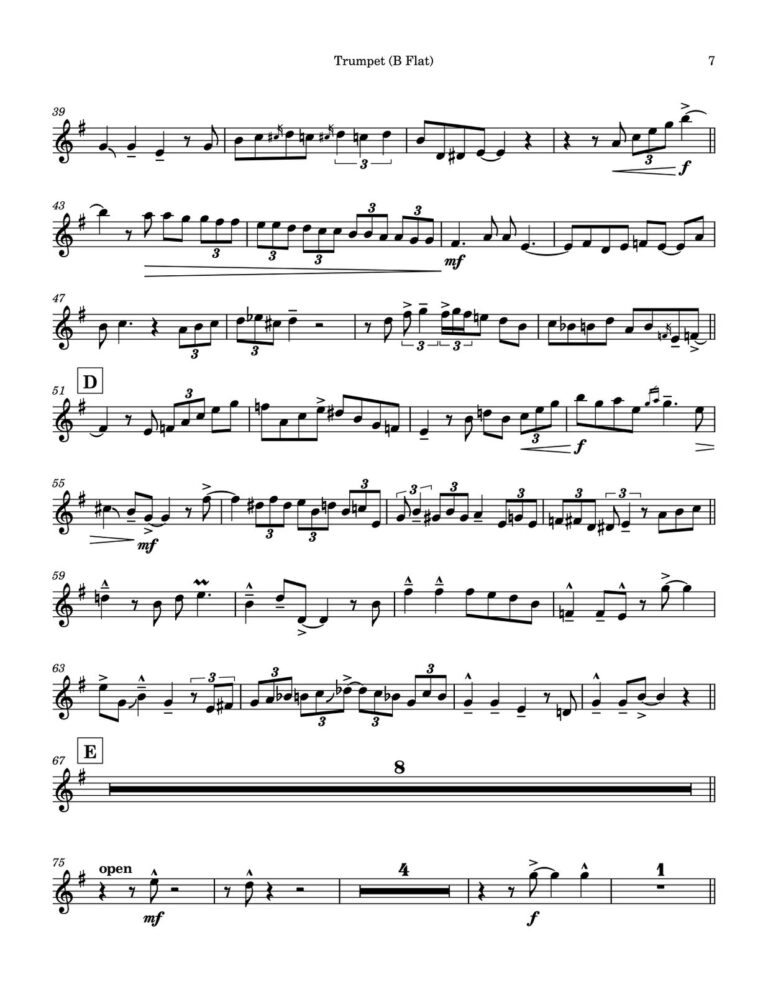 Stuart McLean-Fowler is back with this complete album lead trumpet transcription of Count Basie’s “The Legend” as played by the great Snooky Young. If you have ever wanted to put on your favourite album and play along with Snooky, now you can!

Count Basie Orchestra sound became very identifiable in these years with the Roulette label. The sound of the band was that of a tighter ensemble with heavier and more full bodied, contrasting with the riff-based band of the late-30’s and early-40’s. Whereas previously the emphasis had been on providing space for exemplary soloists such as Snooky Young, Benny Carter, Frank Wess and others. Now the focus had shifted to the arrangements, despite the presence of soloists such as trumpeter Thad Jones and saxophonist Frank Foster. Basie’s new band was more of an ensemble group, with fewer solo turns, and relying less on “head” and more on written arrangements (Frank Foster, arranger). The Roulette years 1958-62 were shorter then the labels that would follow Verve, Capital, Pablo. Count Basie big band stayed the as most other big bands were failing to more modern formats and sounds.

To the left you can try out some samples, and above you can grab an immediate PDF download.