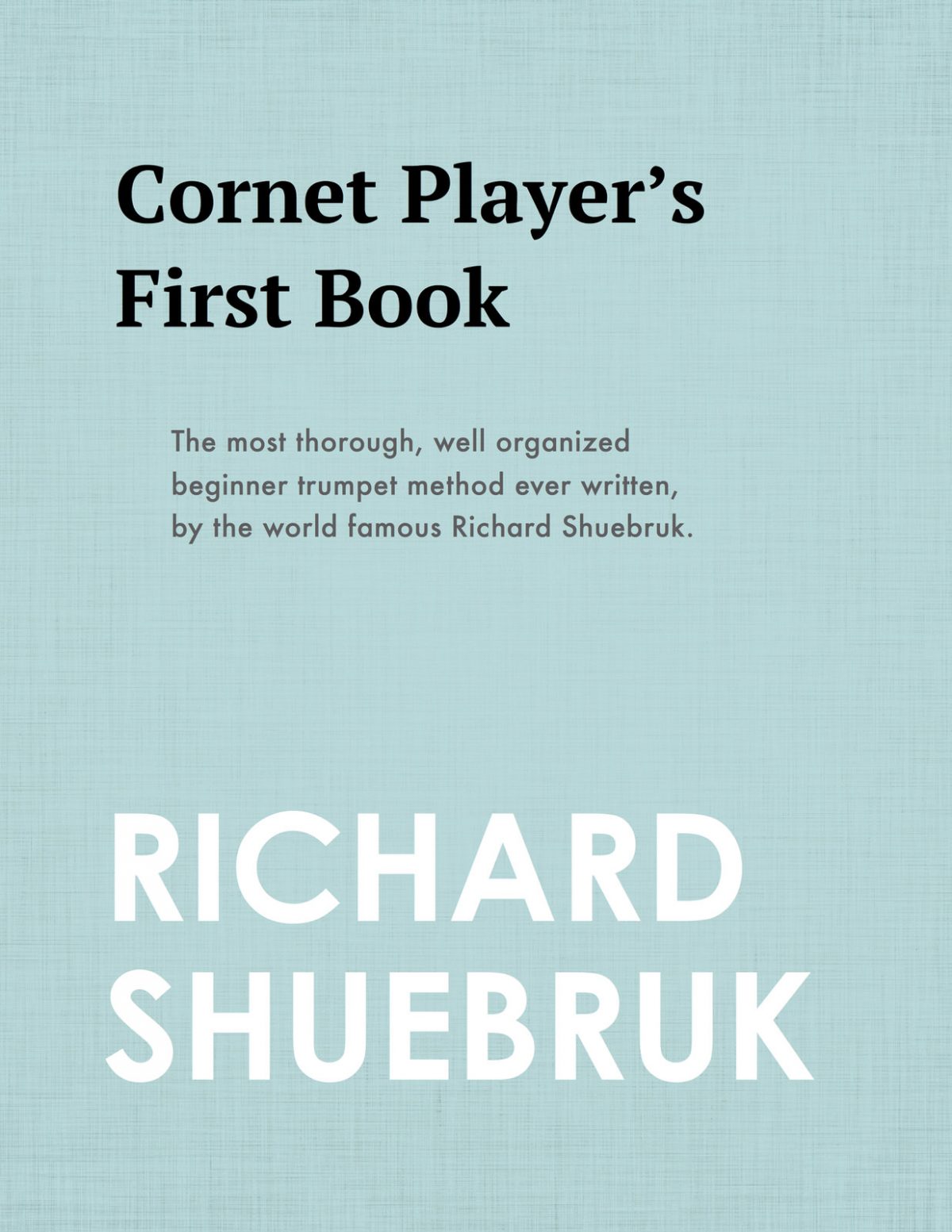 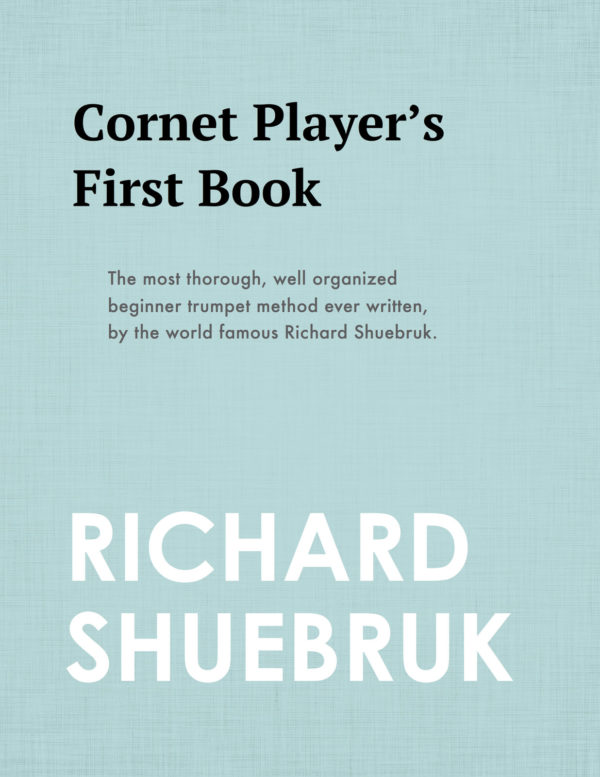 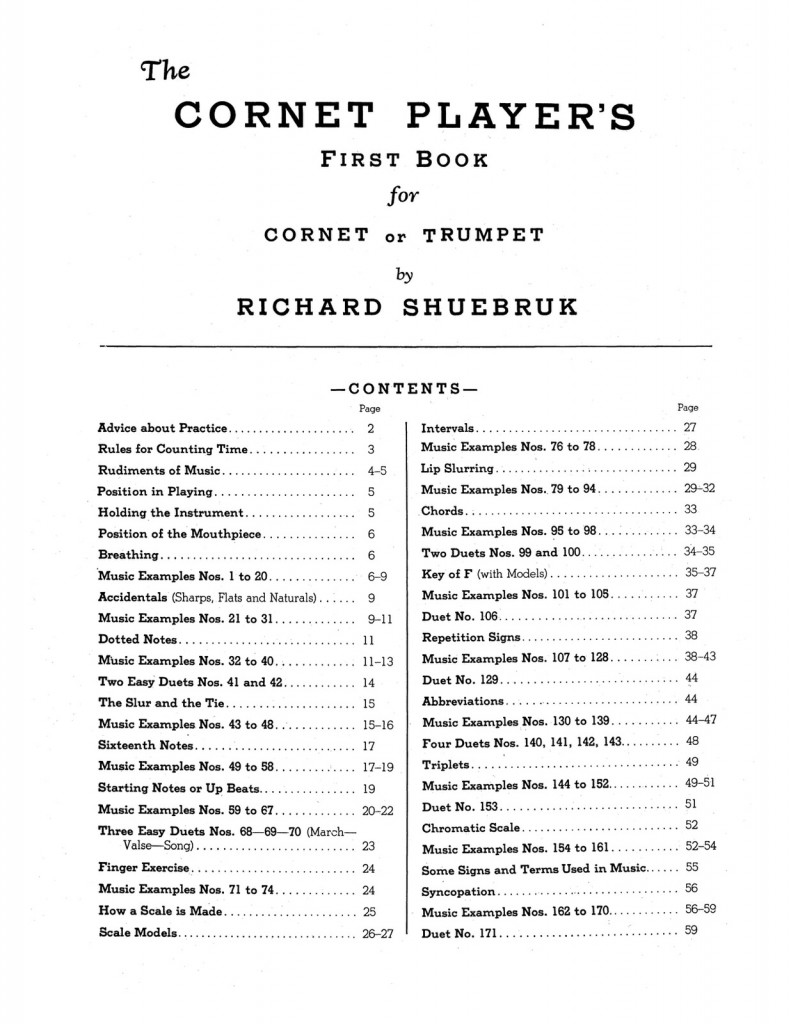 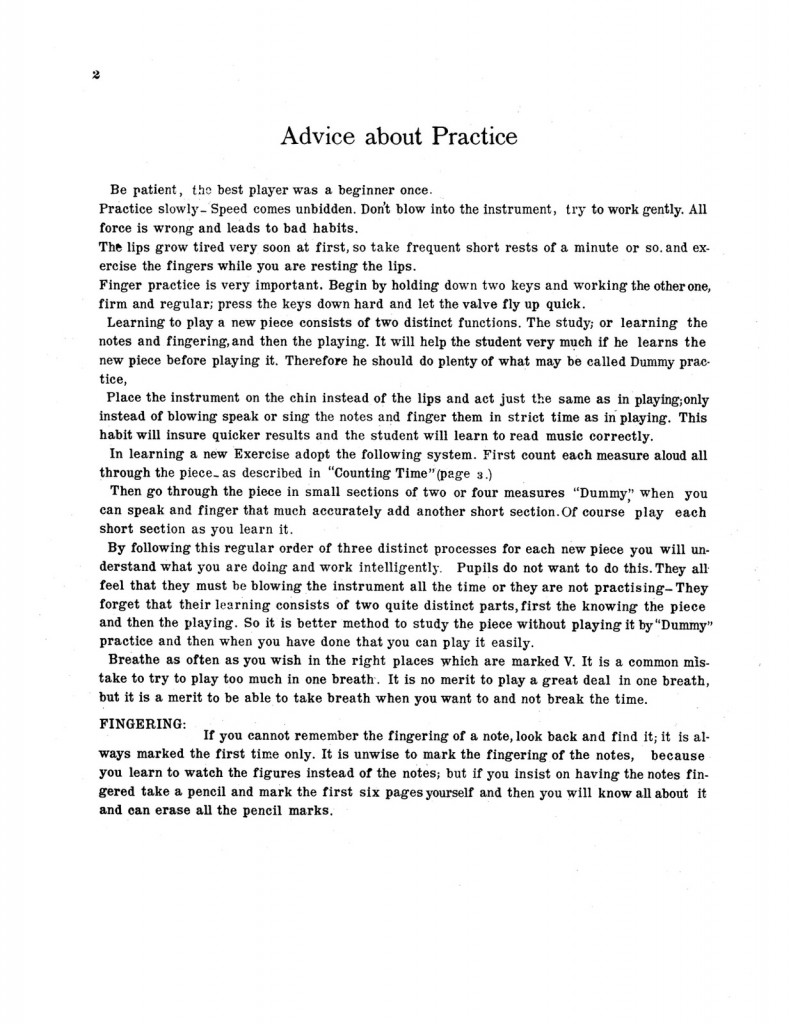 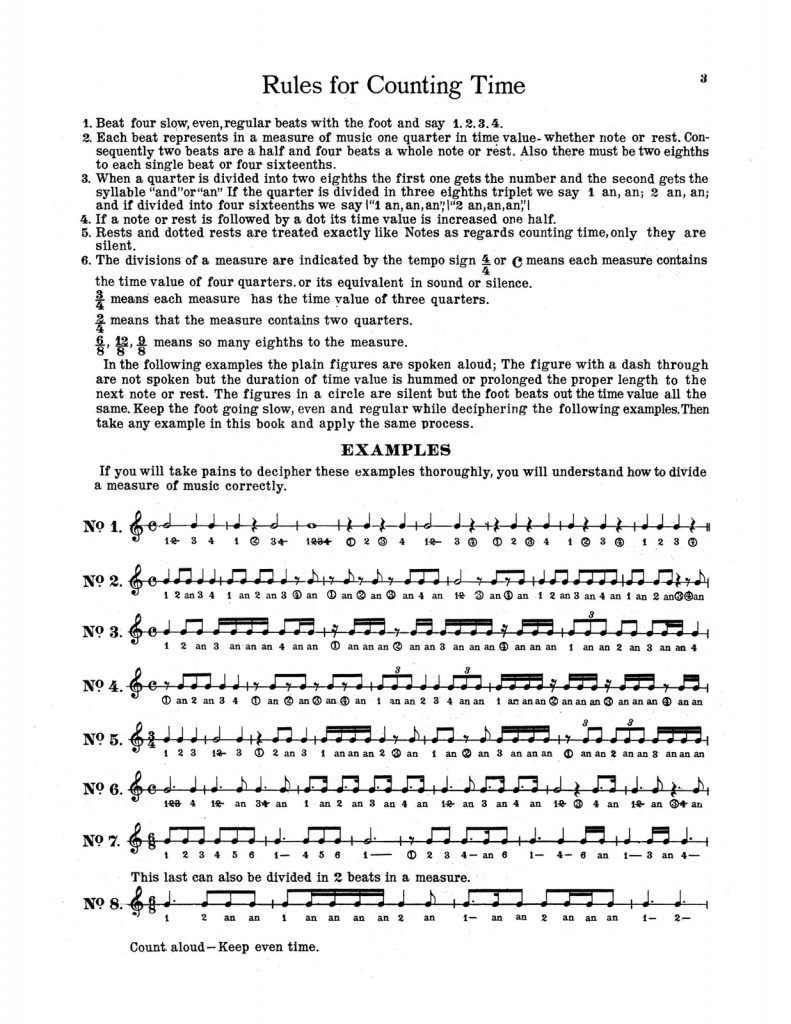 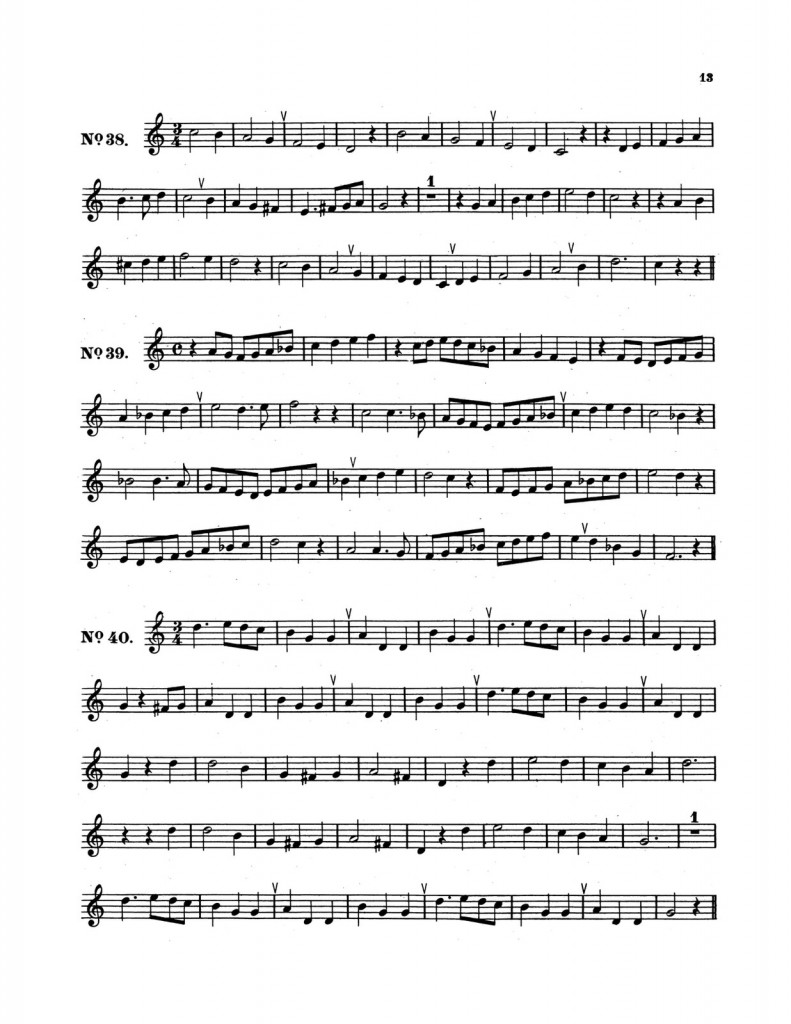 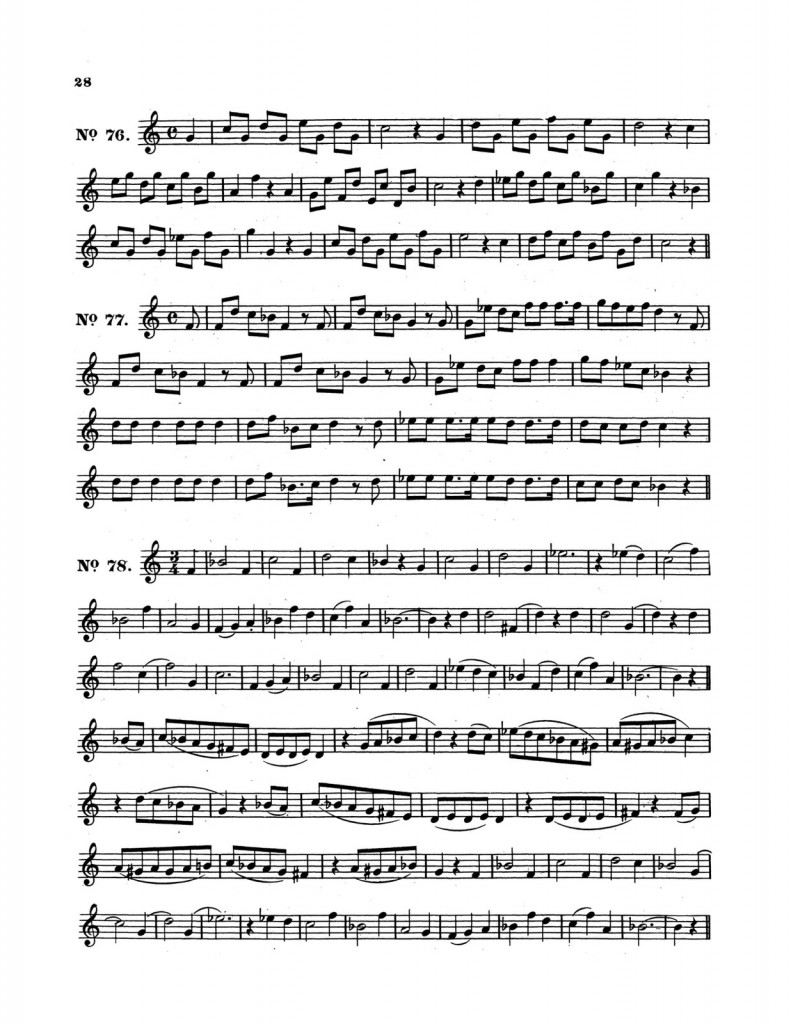 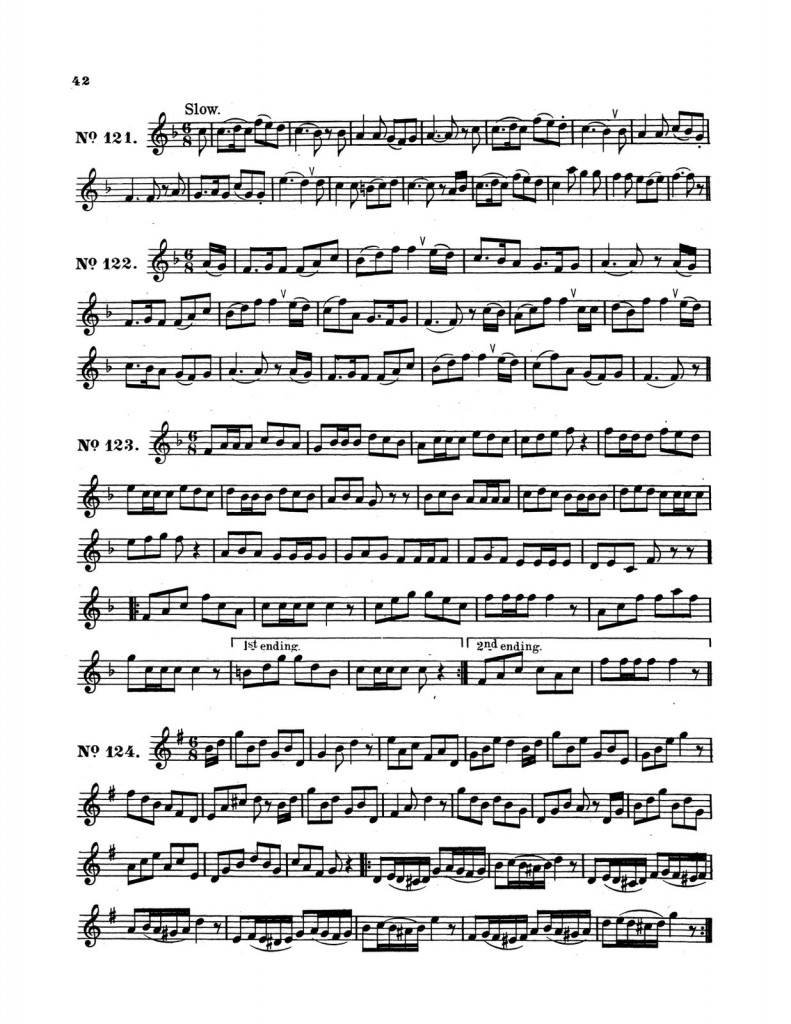 Shuebruk wrote some of the most important trumpet books for the 20th century, and while some of the advanced books are still in print, all of the beginner and intermediate books faded away. Not anymore! The Cornet Player’s First Book is a wonderful fully-featured beginning trumpet/cornet method from an absolute authority. It begins with basics of reading, holding the instrument, mouthpiece positioning, reading notation, and works its way up to duets, difficult musical examples, and explanations of the basics of music theory.

After years of using new beginner methods used in band programs this is such a breath of fresh air; Thoughtful, methodical, creative beginner material from an actual trumpet player.

I have laid out a range of samples to the left to show some of the progression in difficulty. You will want to grab this. It is an absolute gem.