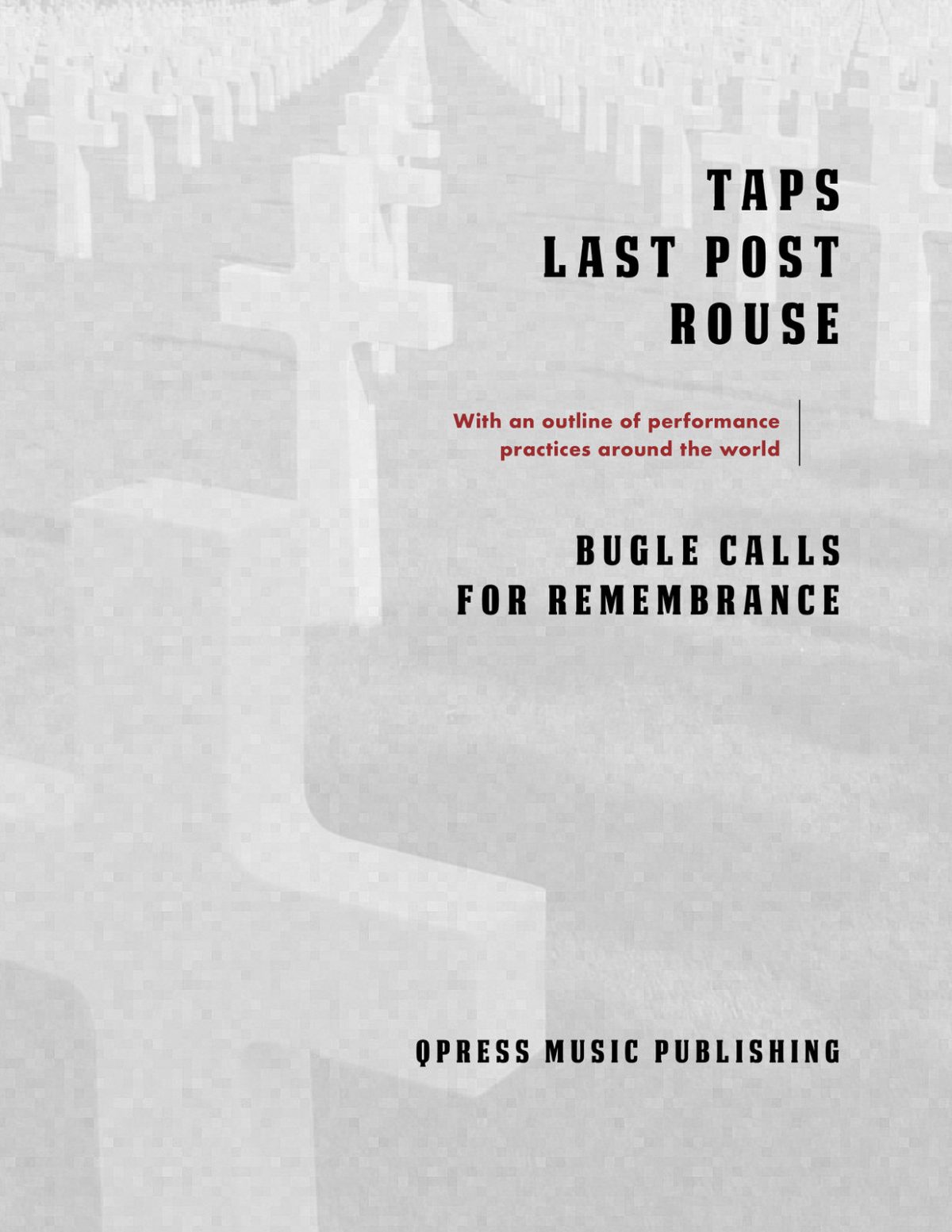 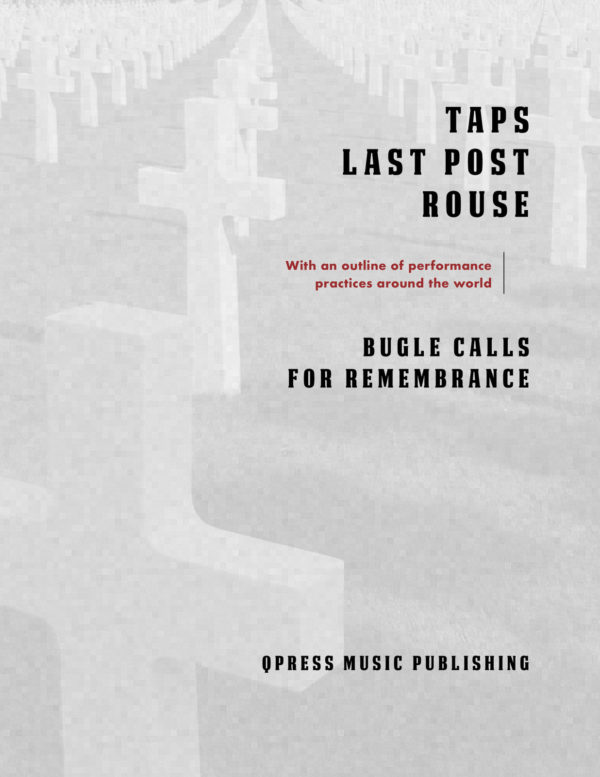 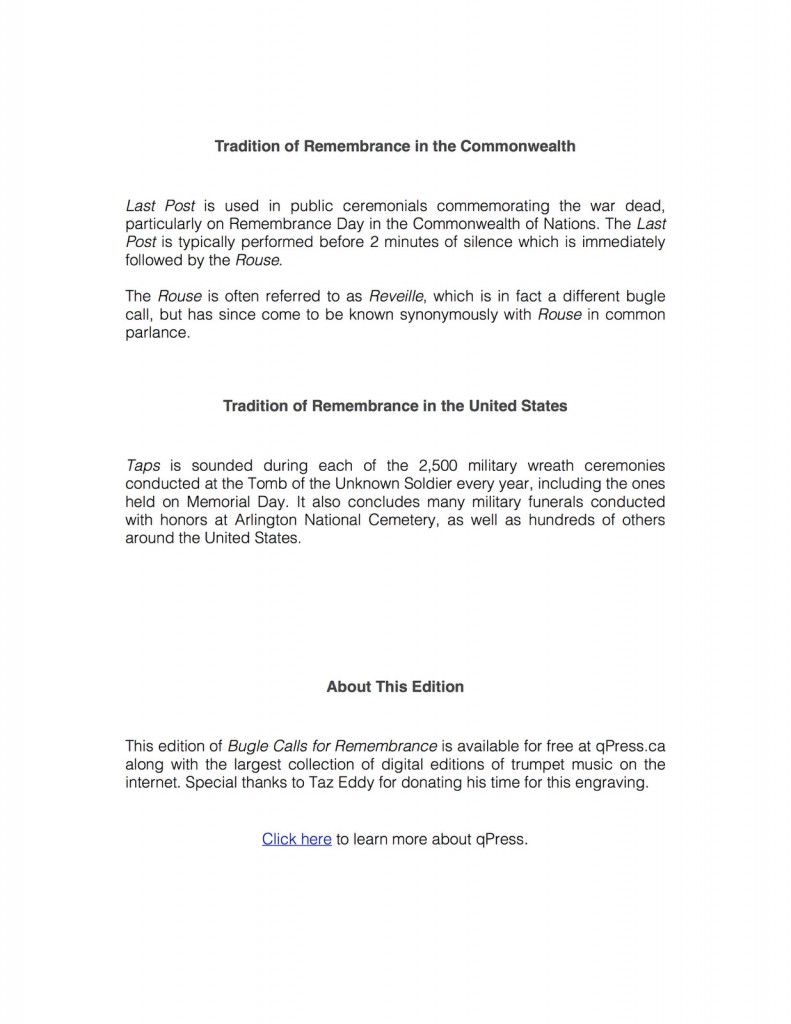 As trumpeters we have the duty and honour of performing Taps or the Last Post at services of remembrance for our fallen soldiers. At qPress we believe that establishing this culture of duty begins by getting a copy of this music onto the shelves of every classroom and trumpet studio, so we are offering this new engraving of Taps, Last Post, and Rouse for free to anyone who needs it. It will remain free forever and you can download it from your account as many times as you need it.

Please forward this page to your friends and colleagues and encourage them to use a live trumpeter to honour our fallen soldiers and living veterans whenever possible.

Tradition of Remembrance in the Commonwealth

Last Post is used in public ceremonials commemorating the war dead, particularly on Remembrance Day in the Commonwealth of Nations. The Last Post is typically performed before 2 minutes of silence which is immediately followed by the Rouse.

The Rouse is often referred to as Reveille, which is in fact a different bugle call, but has since come to be known synonymously with Rouse in common parlance.

Tradition of Remembrance in the United States

Taps is sounded during each of the 2,500 military wreath ceremonies conducted at the Tomb of the Unknown Soldier every year, including the ones held on Memorial Day. It also concludes many military funerals conducted with honors at Arlington National Cemetery, as well as hundreds of others around the United States.