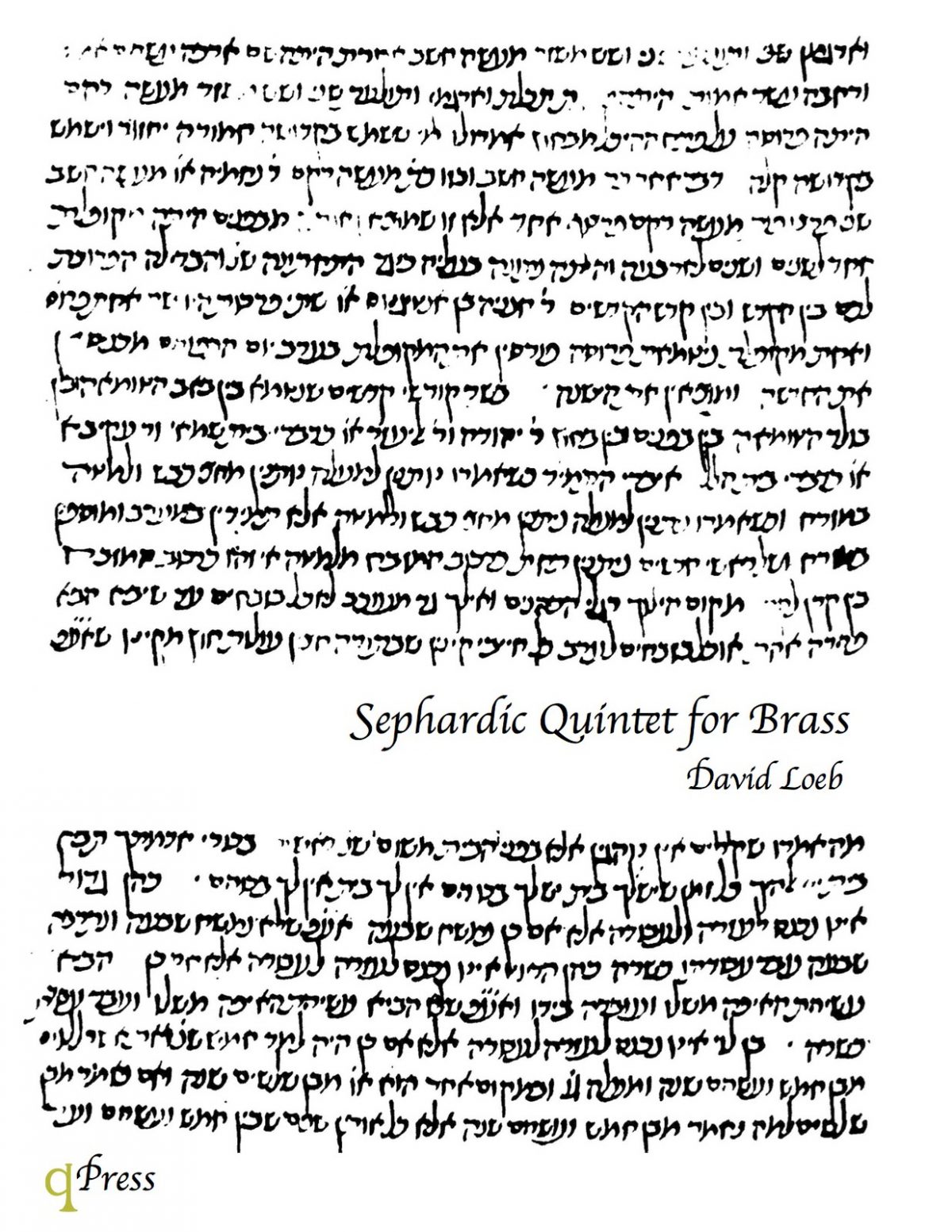 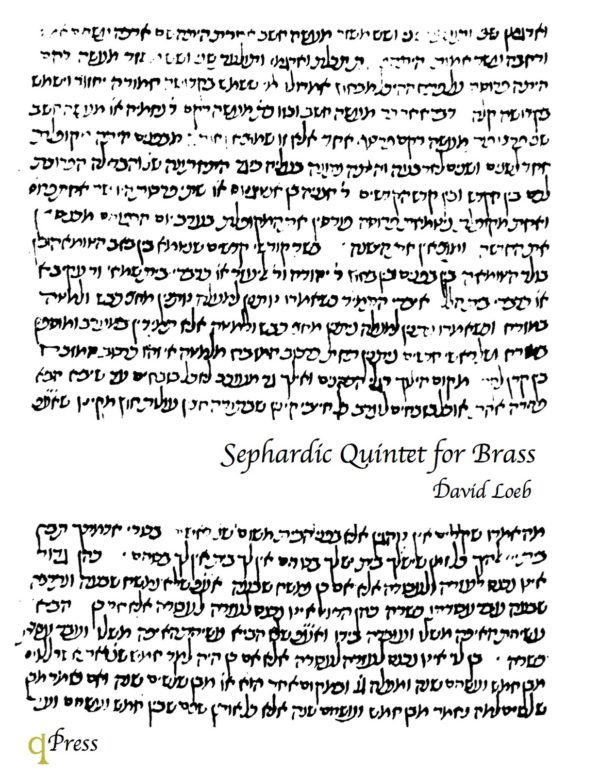 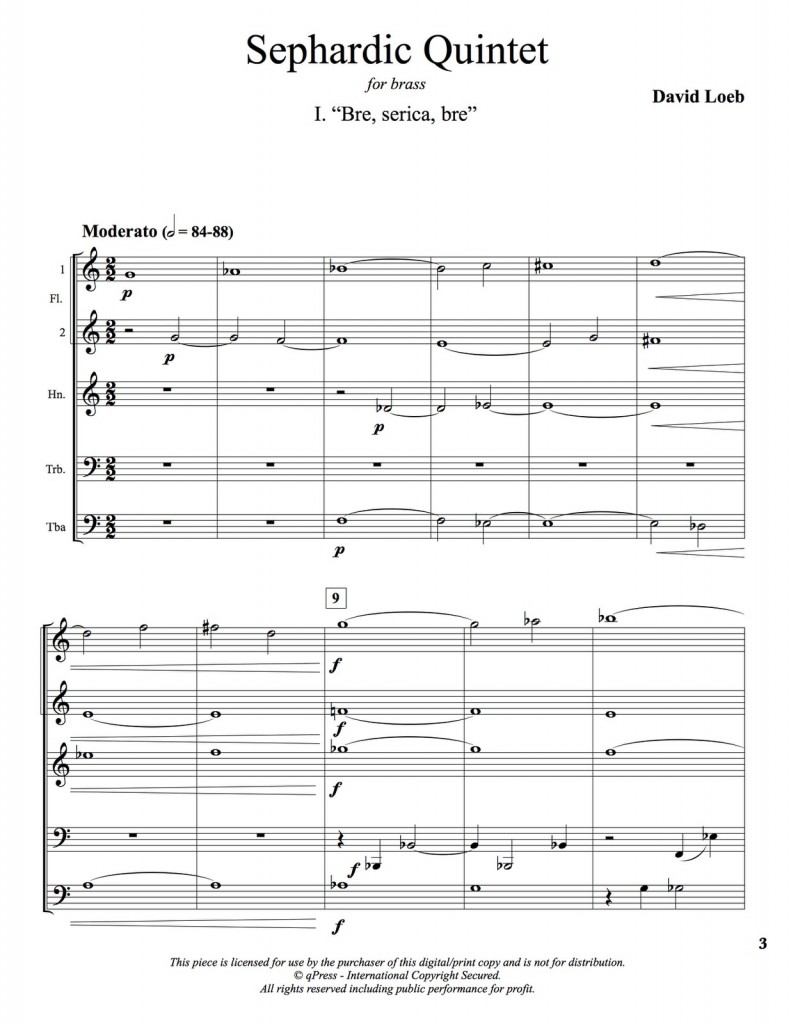 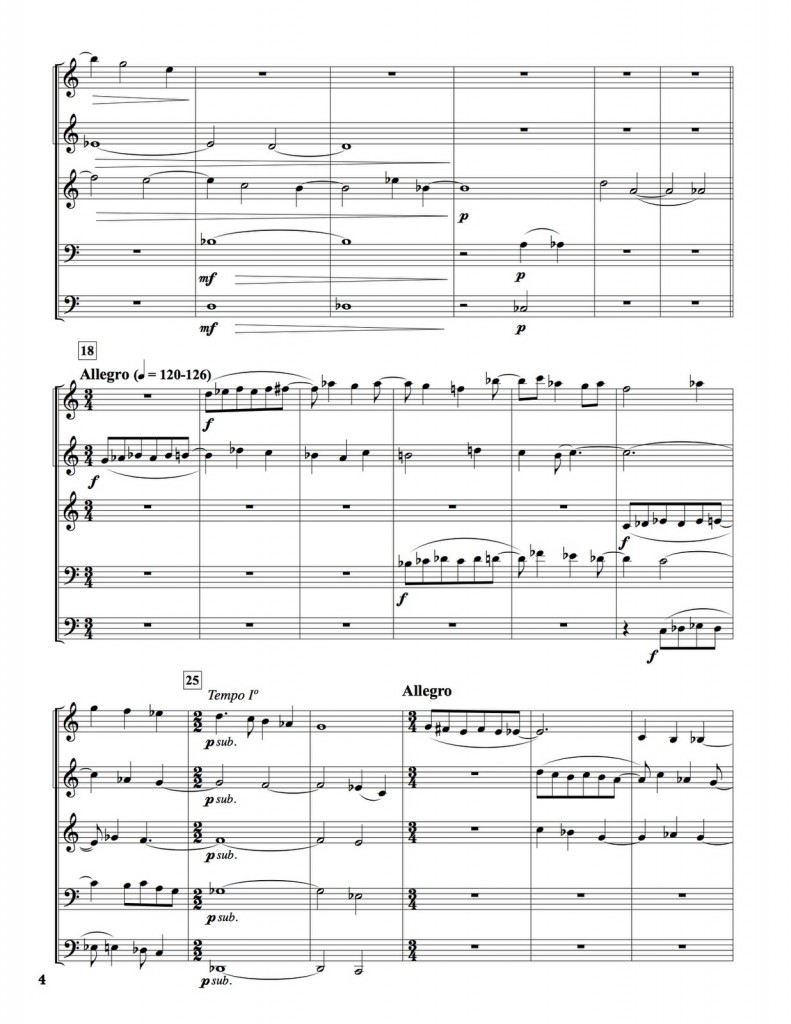 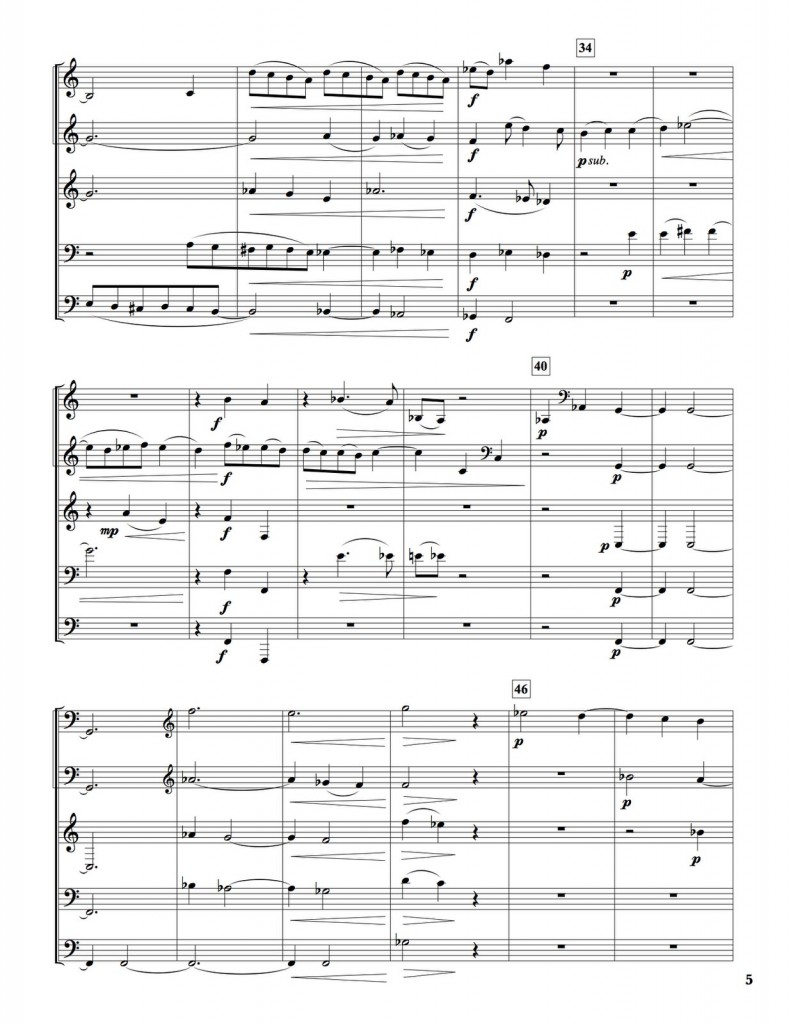 I began using Sephardic melodies in 1980, in contexts ranging from solo guitar and solo viola de gamba to full orchestra. Thus by the time I composed this quintet in 2000 I felt quite comfortable with their hybrid cultural aspects, their unusual intervals and phrase structures, and the dark-tinged character found even in the more overtly cheerful ones. Although these melodies were apparently originally conceived as unaccompanied, they nonetheless accommodate themselves very well to varied harmonic and contrapuntal treatment.

The use of fluegelhorns rather than the customary trumpets seems consistent with the nature of these melodies. I had originally conceived of the third movement with both types, requiring the players to change instruments for different passages. However during preliminary rehearsals for the first performances, the members of the Extension Ensemble convinced me that the trumpets were not necessary to obtain the forcefulness needed for the loudest passages, and therefore I eliminated them. One could play this piece with trumpets, moving the parts up an octave where fundamental tones appear in bass clef, but the resulting character may lack some of the warmth and depth provided by the fluegelhorns, especially where the entire ensemble plays in low registers.

Each movement derives from an ancient Sephardic melody:

Be the first to review “Sephardic Quintet for Brass” Cancel reply