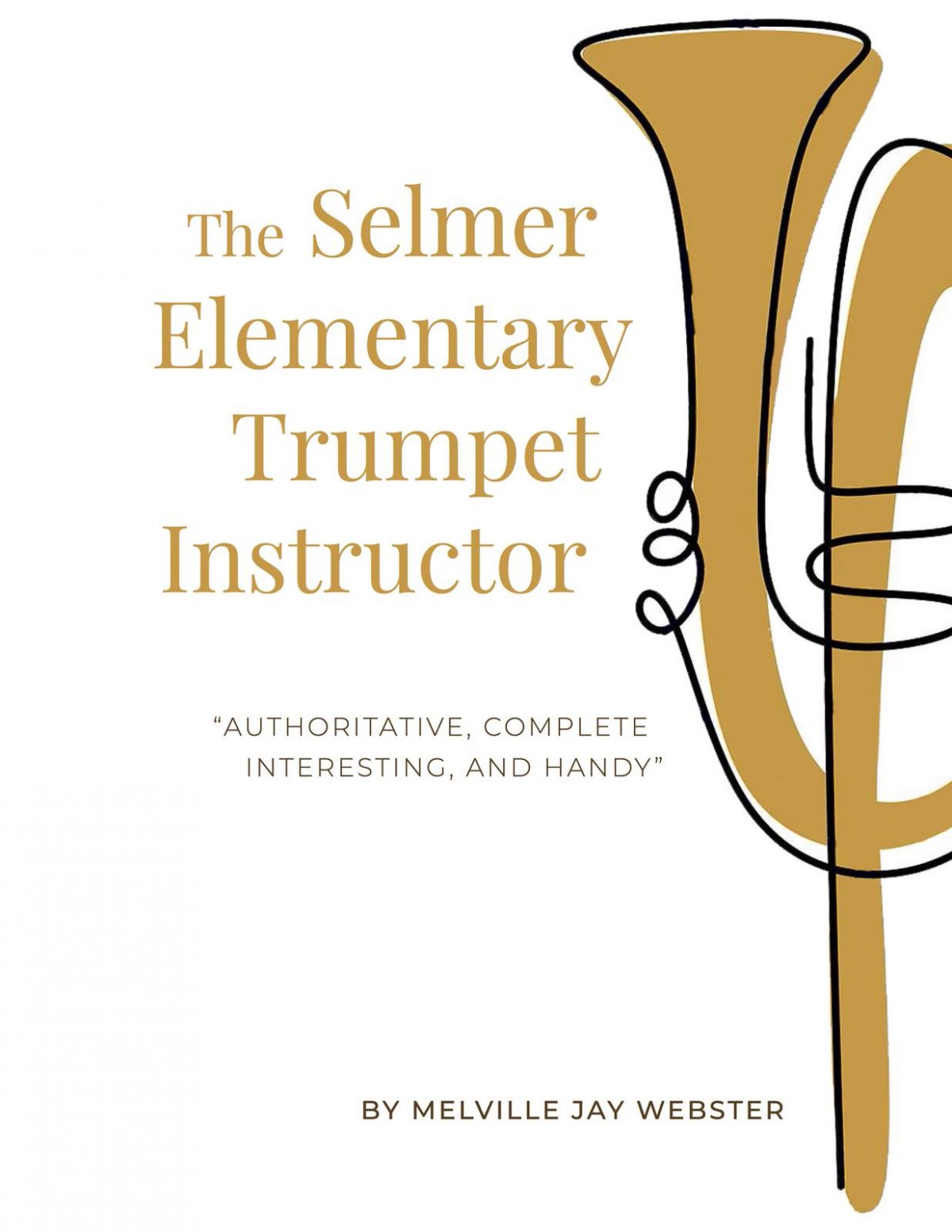 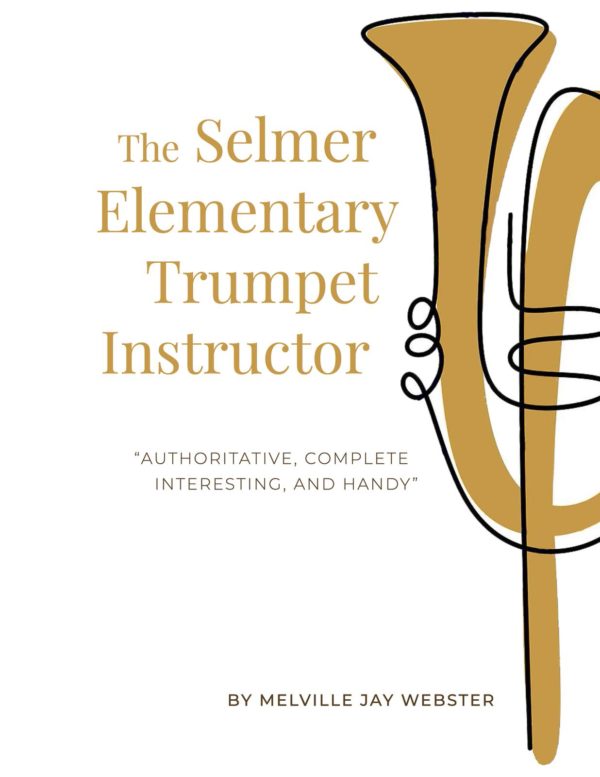 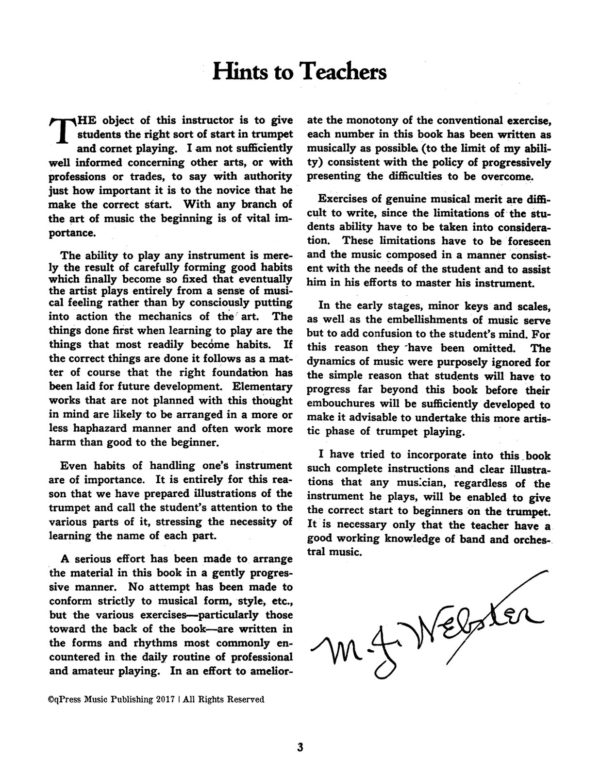 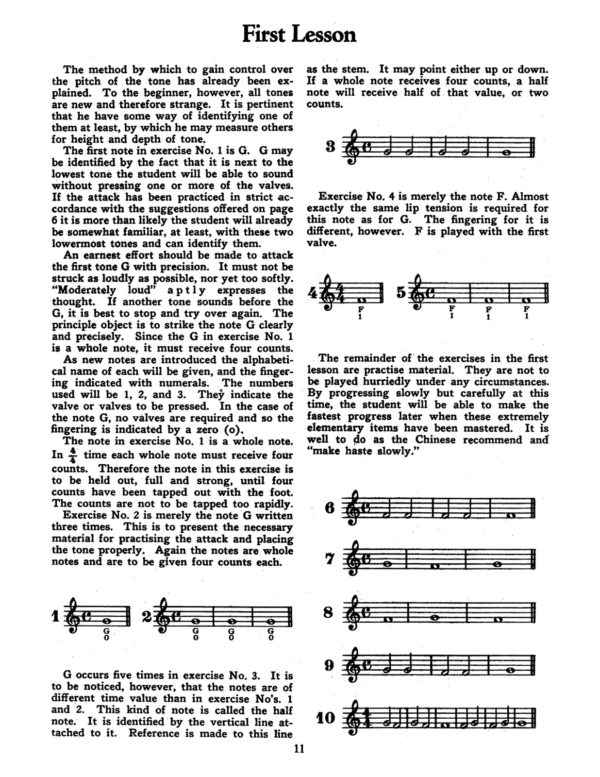 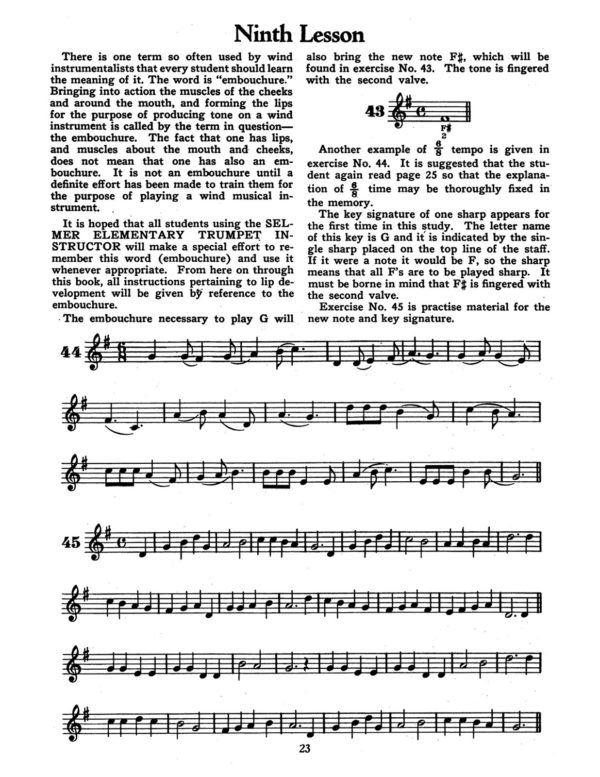 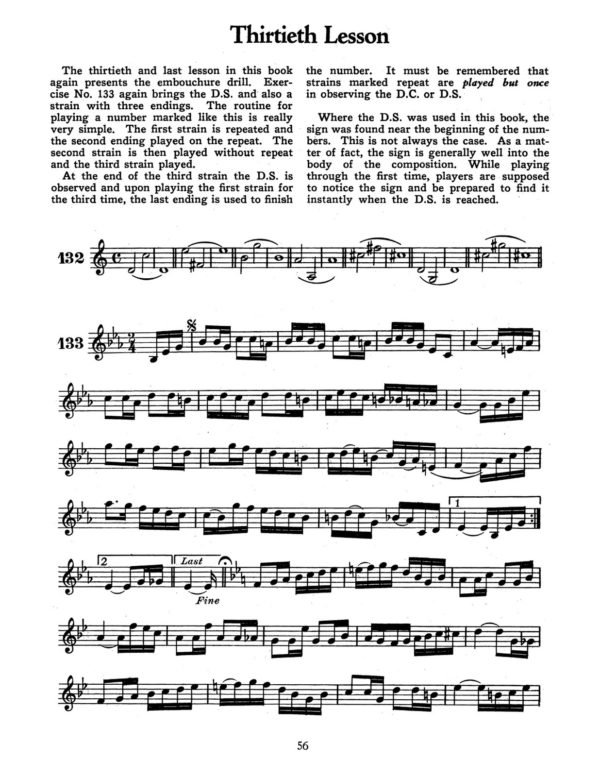 The object of this instructor is to give students the right start in trumpet and cornet playing. As with any branch of the art of music, the beginning is of VITAL importance.

The ability to play any instrument is merely the result of carefully forming good habits which finally become so fixed that eventually the artist plays entirely from a sense of musical feeling rather than by consciously putting into action the mechanics of the art. The things done first when learning to play are the things that most readily become habits. If the correct things are done, it follows as a matter of course that the right foundation has been laid for future development. Elementary methods that are not planned with this thought in mind are likely to be arranged in a more or less haphazard manner and often cause more harm than good to the beginner.

A serious effort has been made to arrange the material in this book in a gently progressive manner. No attempt has been made to conform strictly to musical forms, style, etc., but the various exercises, particularly those toward the back of the book, are written in the forms and rhythms most commonly encountered in the daily routine of professional and amateur playing. In an effort to ameliorate the monotony of conventional exercises, each number in this book has been written as musically as possible, consistent with the policy of progressively presenting the difficulties to be overcome.

See some samples to the left, then grab an immediate PDF download above.