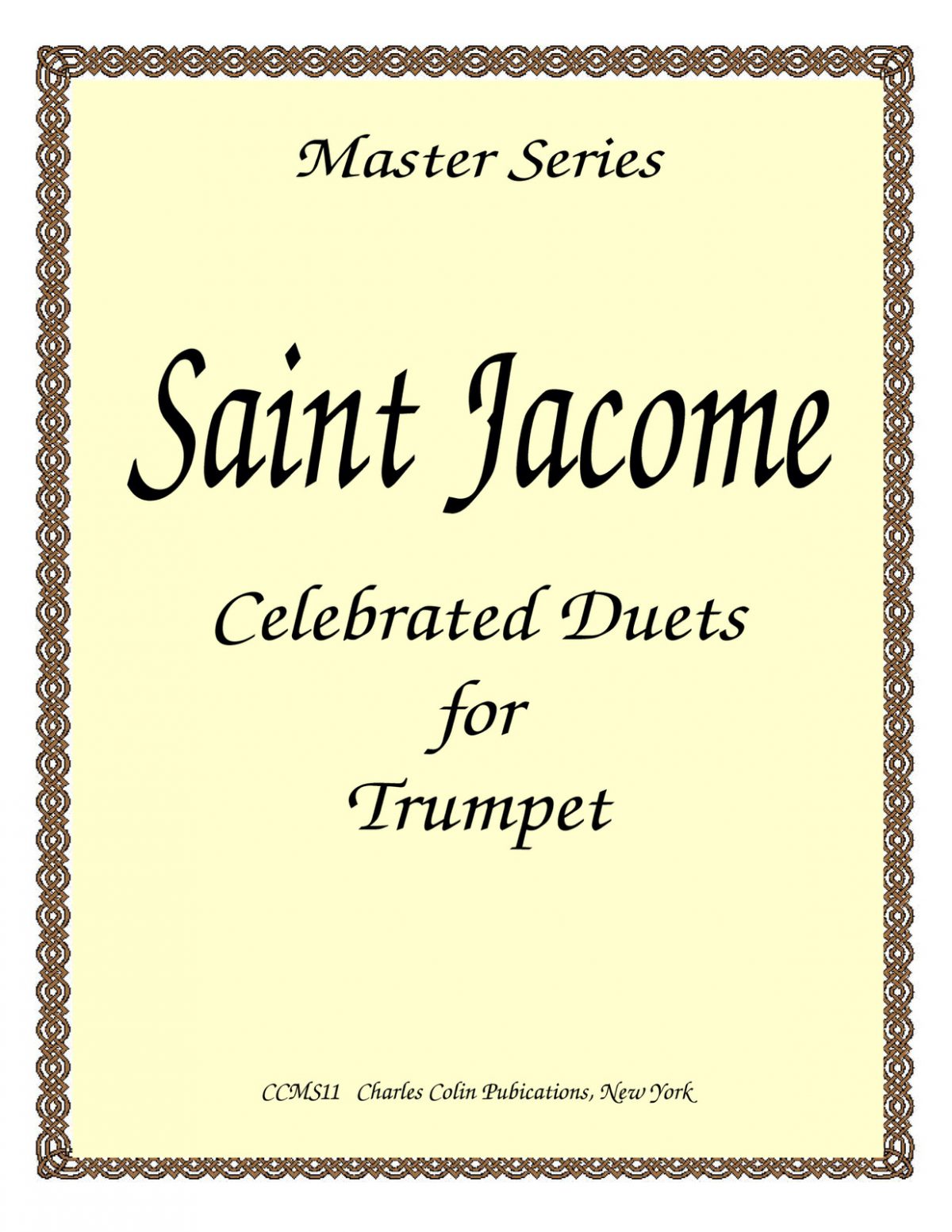 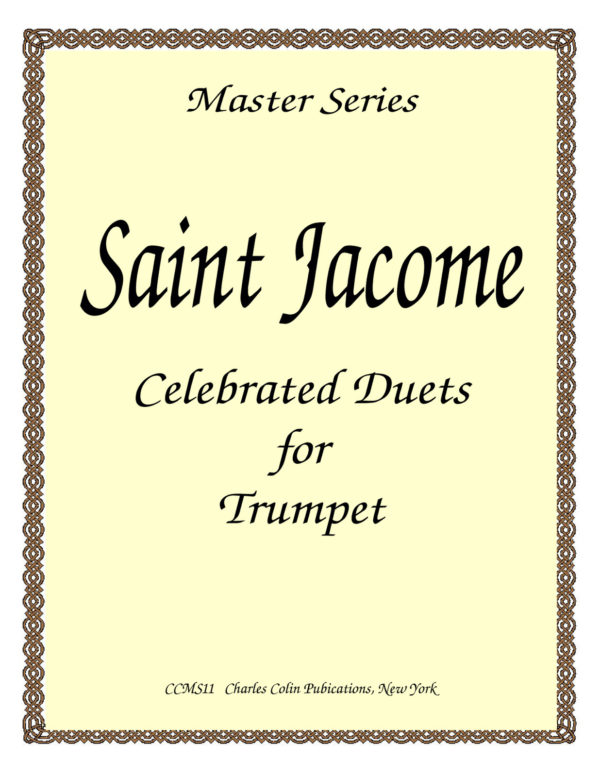 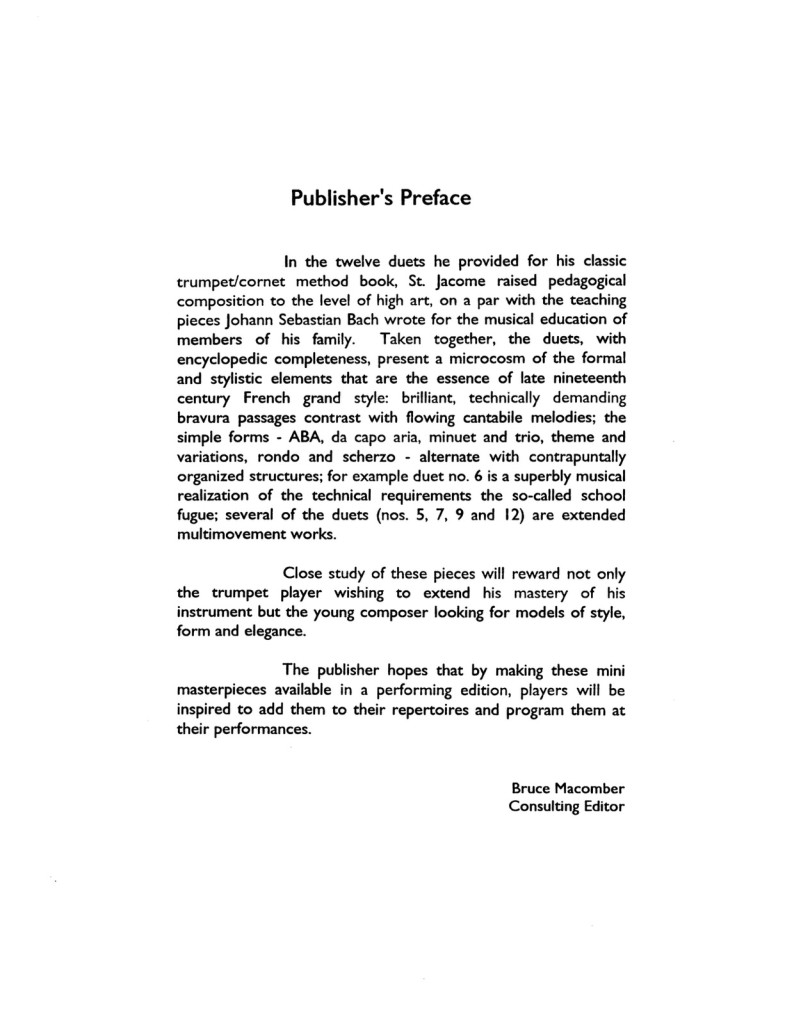 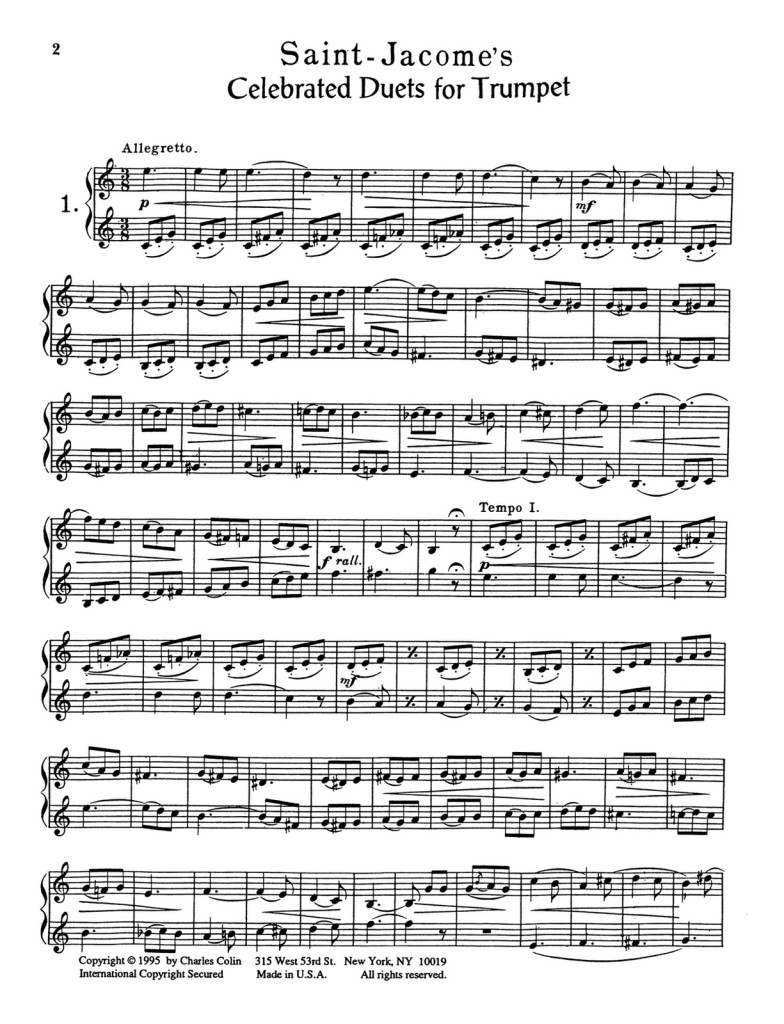 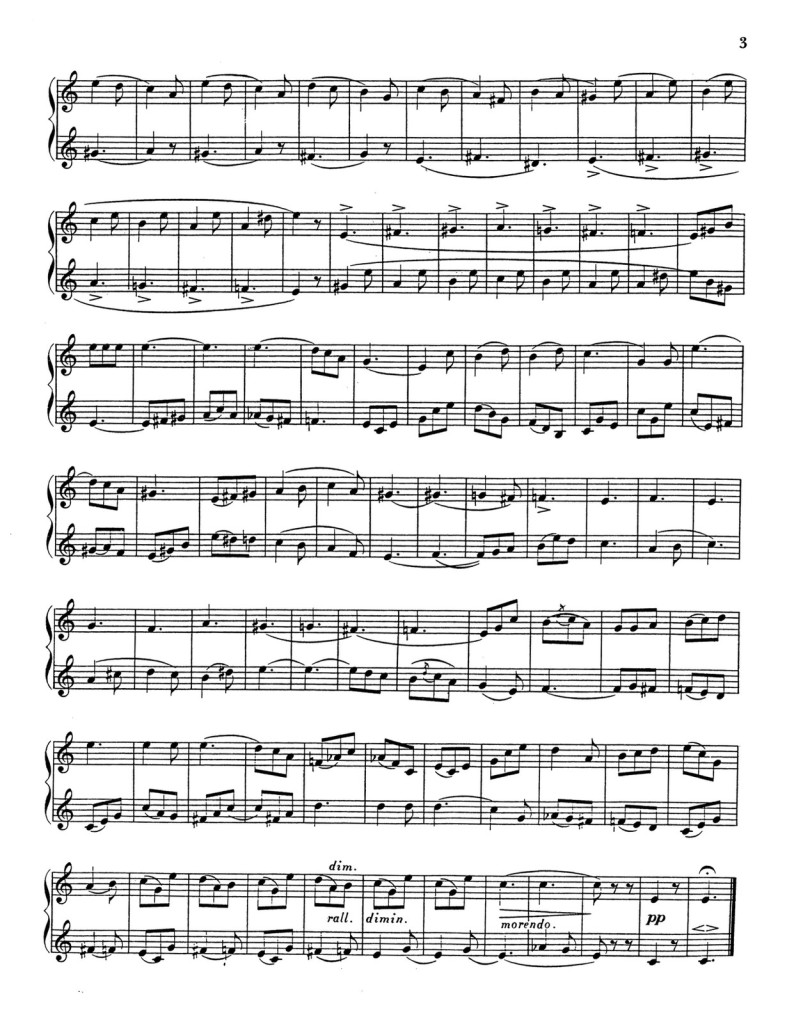 In the twelve duets he provided for his classic trumpet/cornet method book, Saint-Jacome raised pedagogical composition to the level of high art, on a par with the teaching pieces Johann Sebastian Bach wrote for the musical education of members of his family. Taken together, the duets, with encyclopedic completeness, present a microcosm of the formal and stylistic elements that are the essence of late nineteenth century French grand style: brilliant, technically demanding bravura passages contrast with flowing cantabile melodies; the simple forms – ABA, da capo aria, minuet and trio, theme and variations, rondo and scherzo – alternate with contrapuntally organized structures; for example duet no. 6 is a superbly musical realization of the technical requirements the so-called school fugue; several of the duets (nos. 5, 7, 9 and 12) are extended multi-movement works.

Close study of these pieces will reward not only the trumpet player wishing to extend his mastery of his instrument but the young composer looking for models of style, form and elegance.

The publisher hopes that by making these mini masterpieces available in a performing edition, players will be inspired to add them to their repertoires and program them at their performances.

Check out the entire first duet in the samples, then grab a PDF download above.