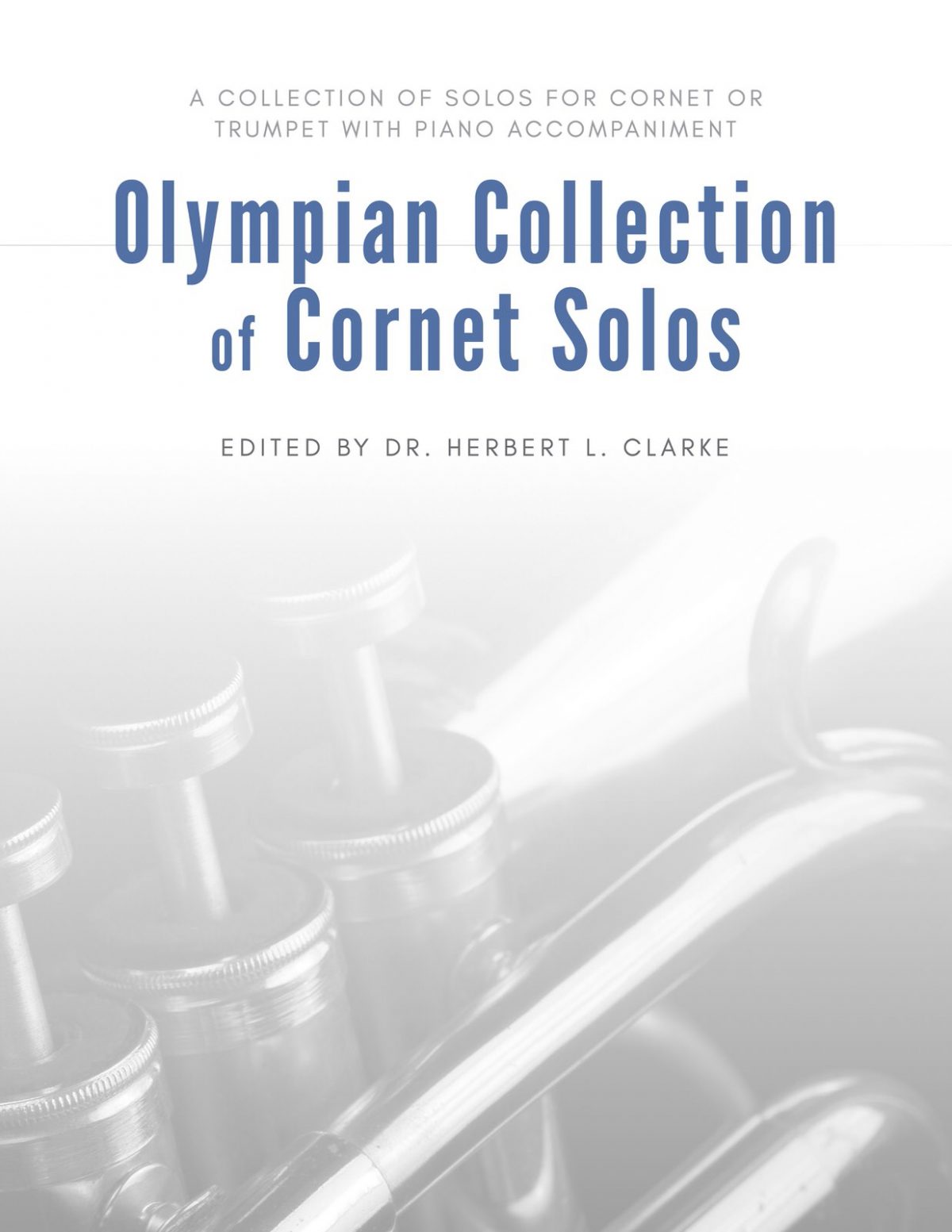 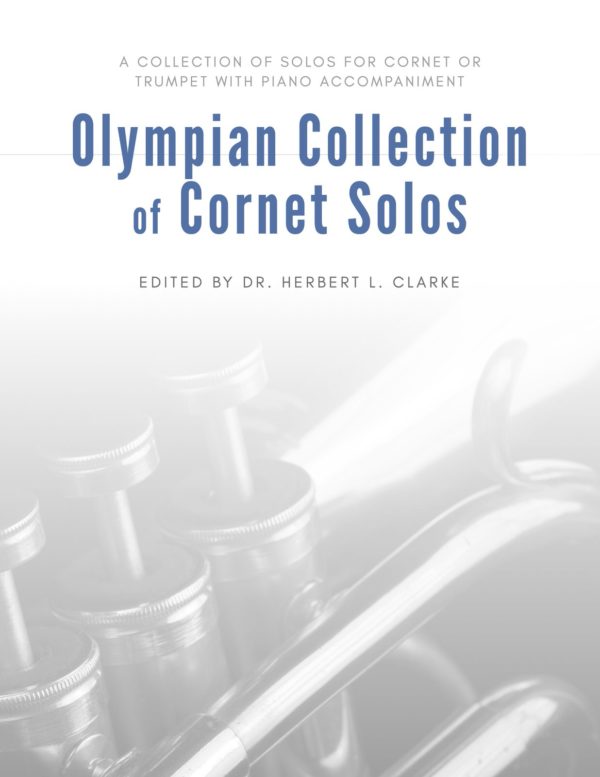 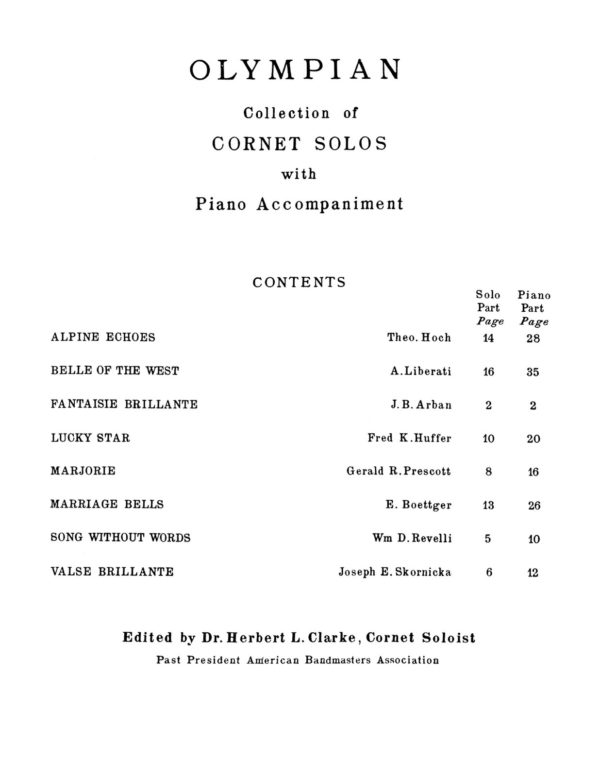 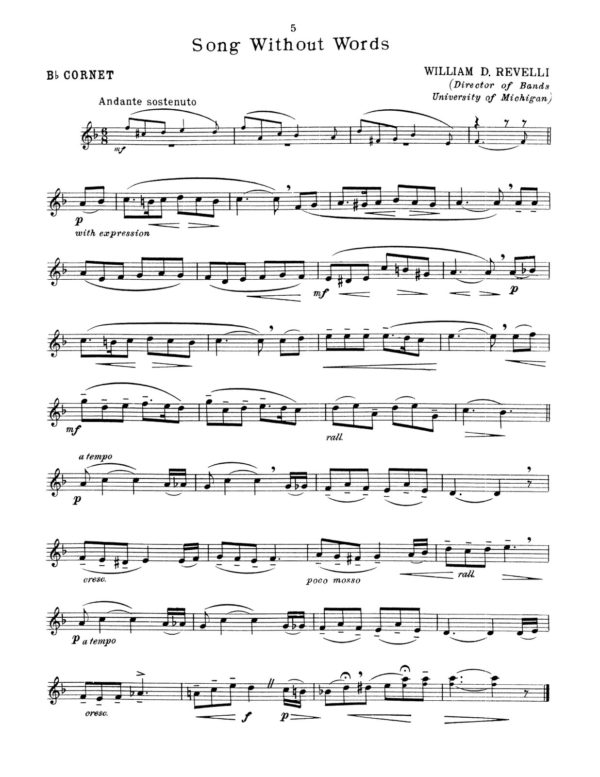 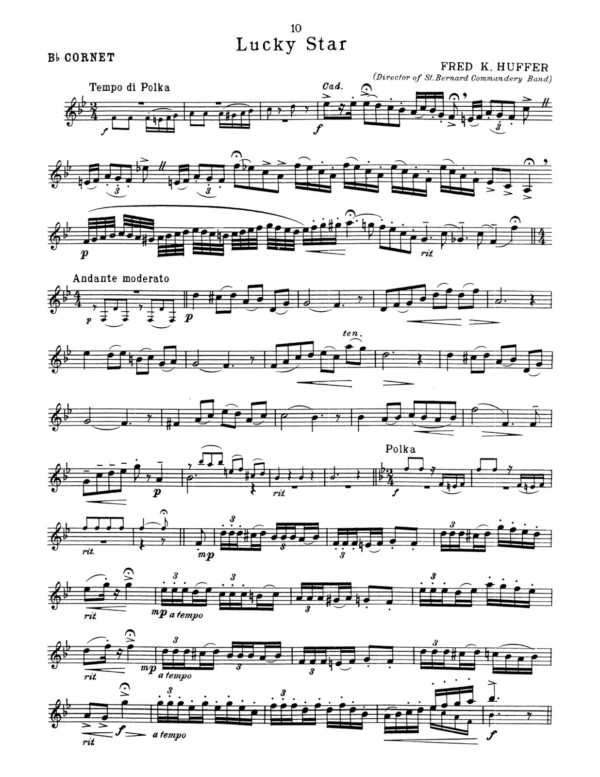 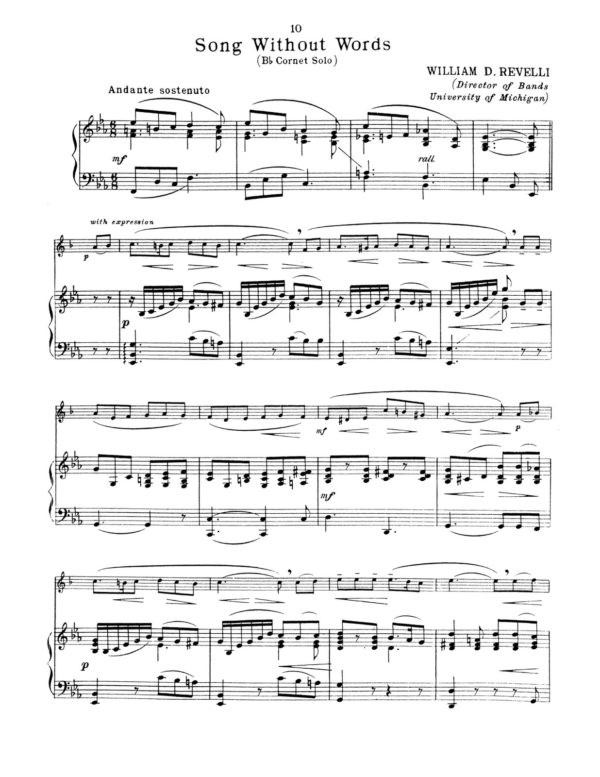 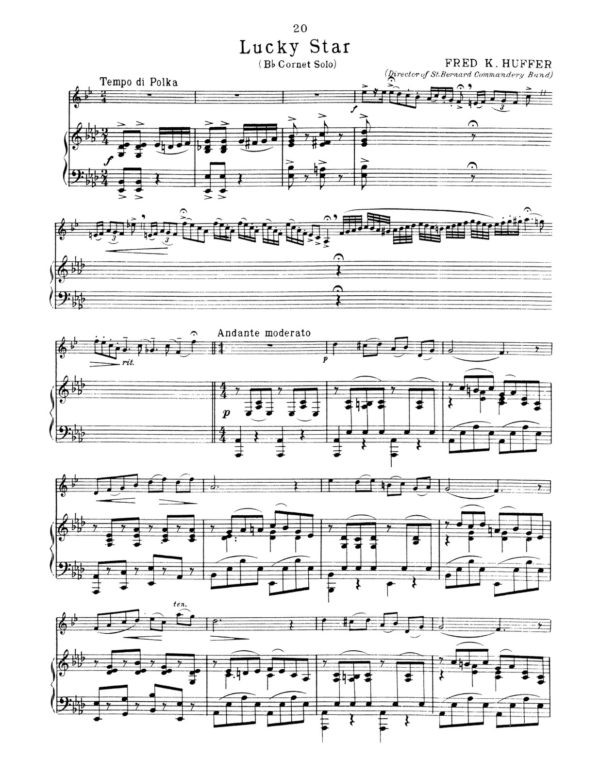 This “Olympian Collection of Cornet Solos” with Piano Accompaniments edited by the distinguished Cornet soloist, Dr. Herbert L. Clarke. comprises a set of contributions to musical literature by artists whose accomplishments have placed them among the world’s most eminent masters of Cornet technique. The names of those men of imperishable fame are William D. Revelli, director of bands for the University of Michigan; Gerald Prescott, director of the University of Minnesota’s bands: Joseph E. Skornicka. supervisor of band instruction for the Milwaukee Public Schools: Fred K. Huffer, well known composer and erstwhile arranger for the National Broadcasting Company: Theodore Hoch, now deceased and rated by many competent critics as the greatest Cornetist of his time; Angelo Liberati, who, when living, ranked among the world’s most gifted bandmasters: J. B. Arban. a performer of transcendent skill who, while living, produced a worid-renowned Cornet method: and Edward Boettger, who was unexcelled as a composer and arranger of selections for the Cornet.

The collection contains numbers that will meet all requirements of musical competition or entertainment. Since rhey grade from comparatively simple to highly involved compositions, directors of musical contests will find among them material suited to the limited attainments of the novice, as well as to the more extended capabilities of the advanced student.

To the left you can find some free samples, then click above for an immediate digital download.