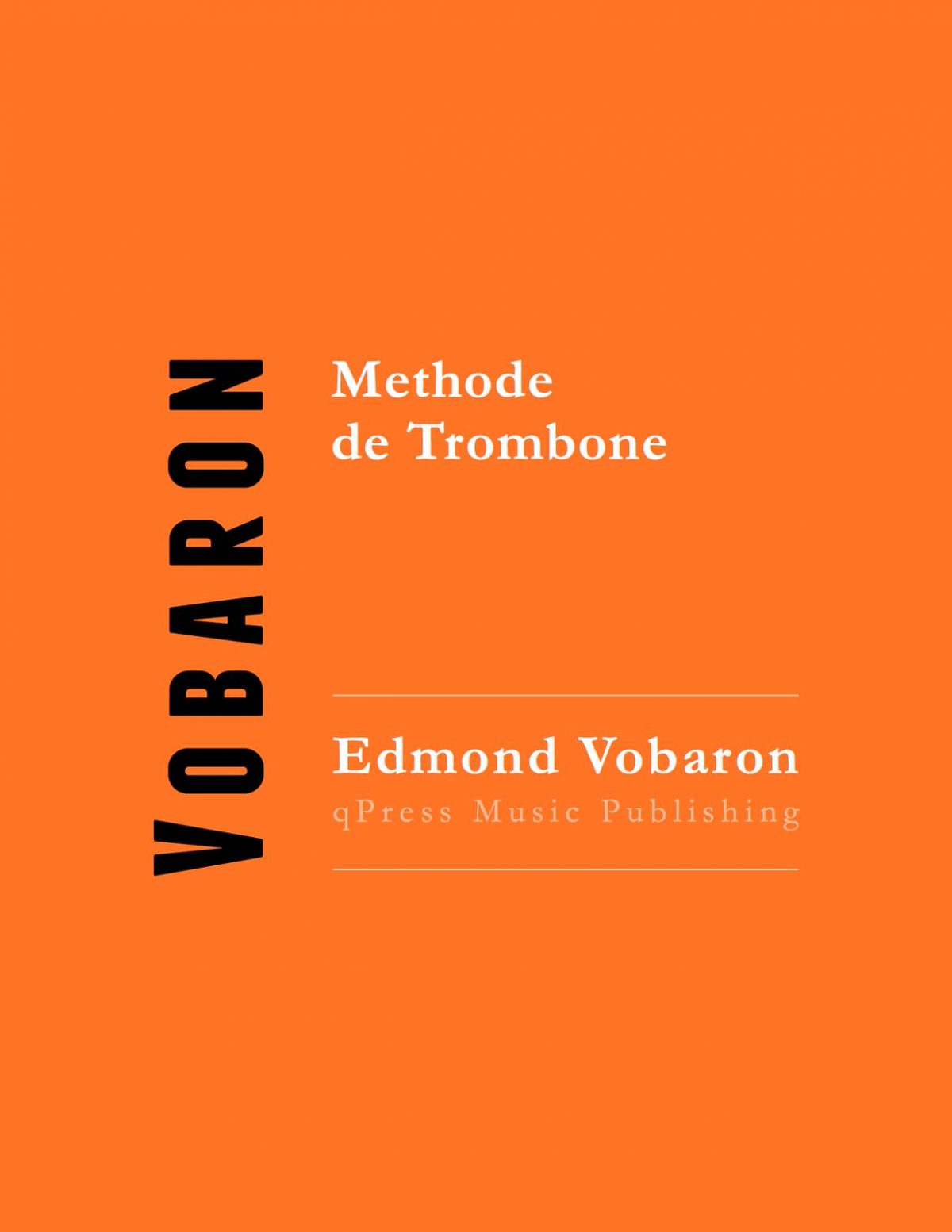 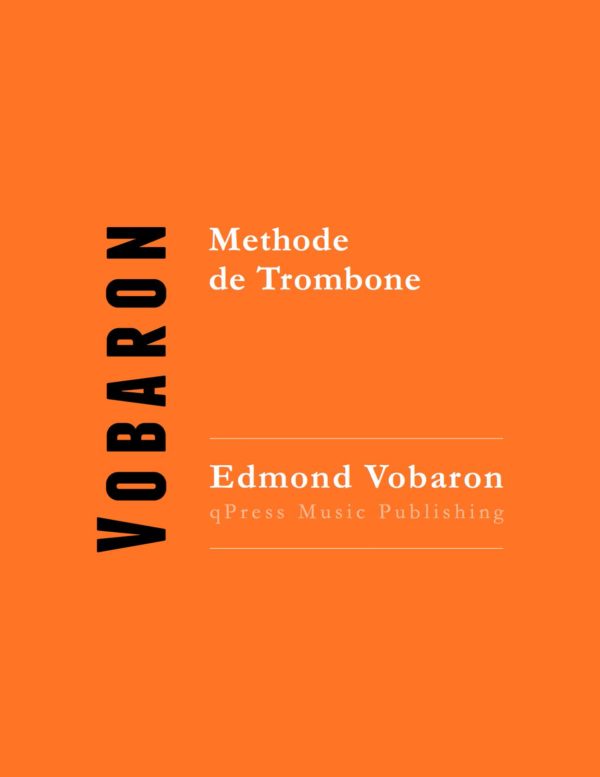 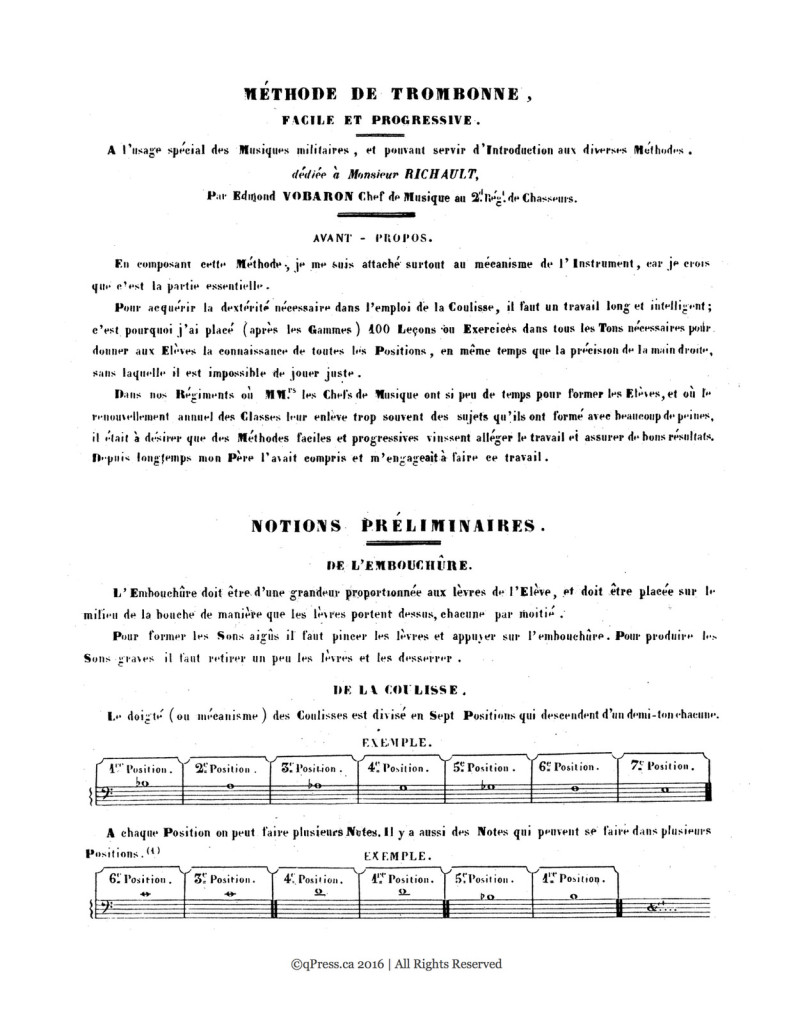 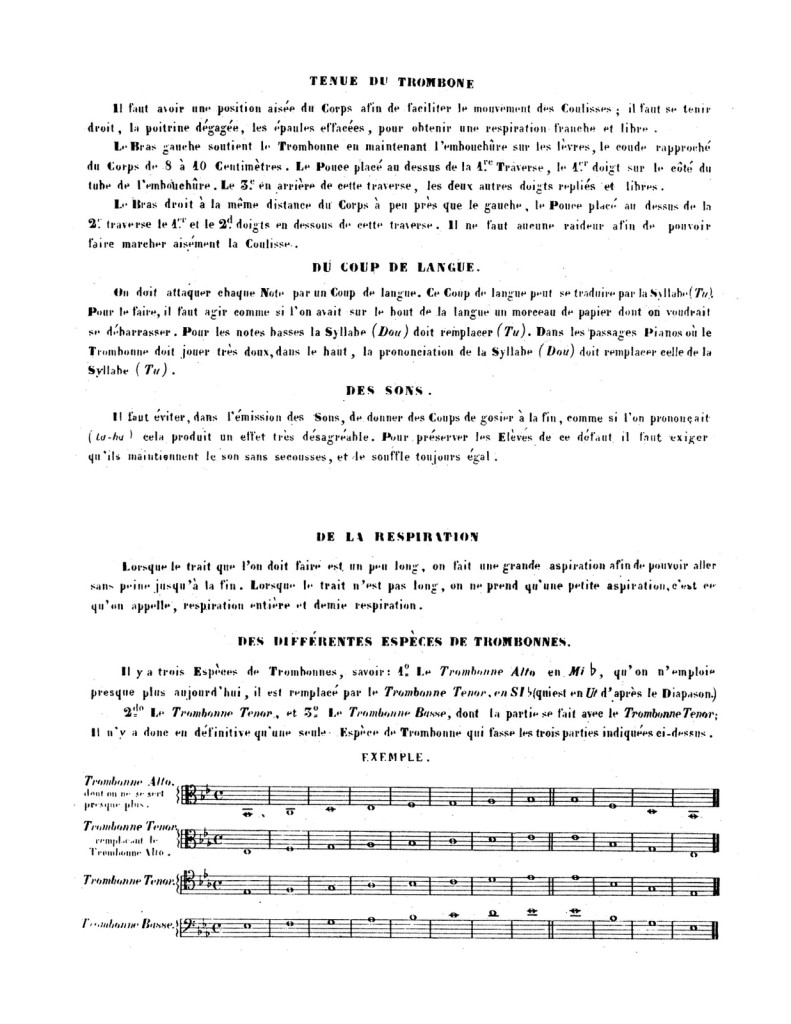 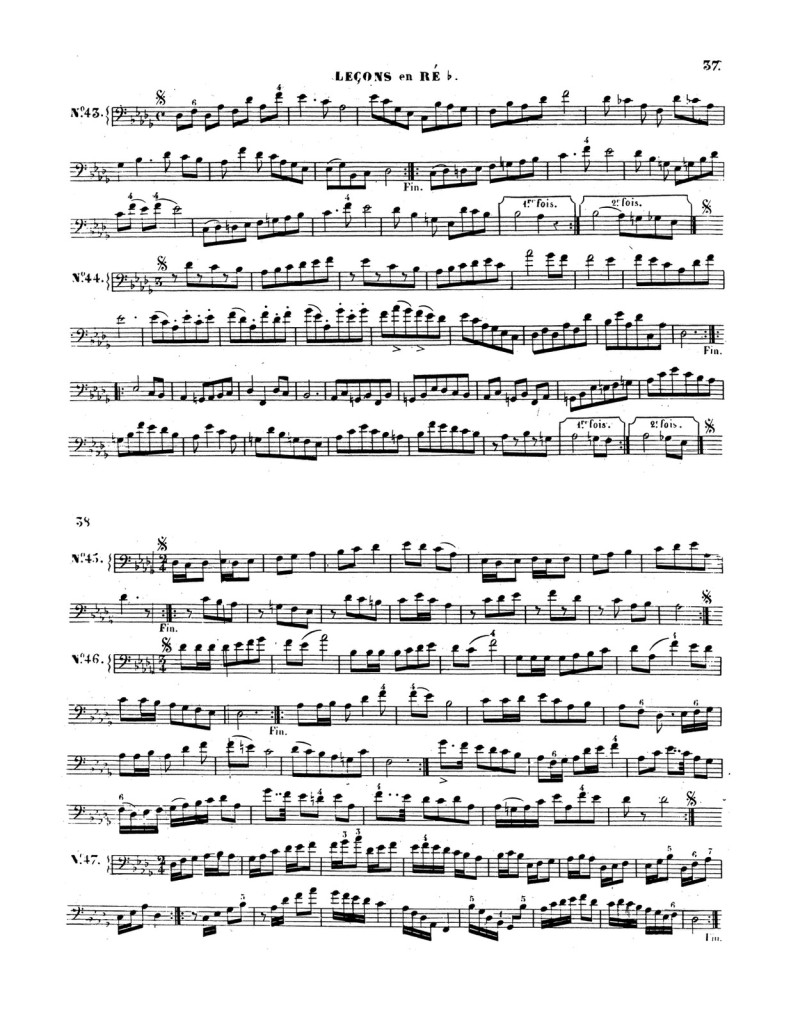 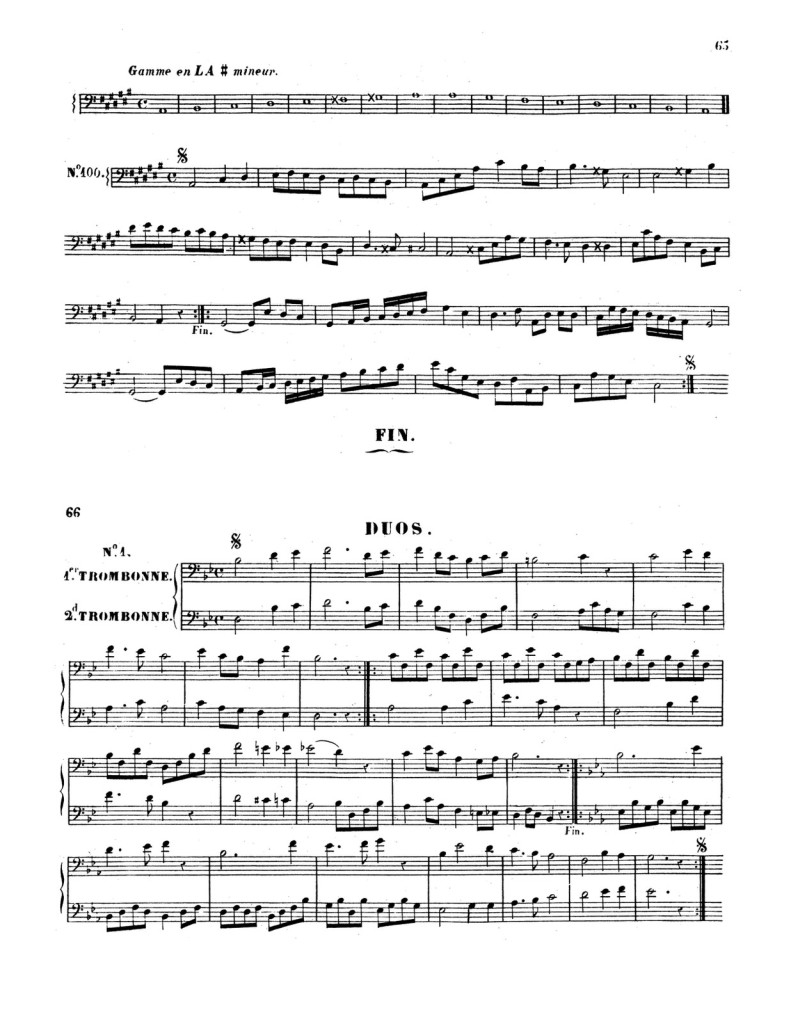 Edmond Vobaron is the author of a “Méthode de Trombone” (1853) was used by students in the army’s military music corps. In the introduction we learn that this musician wrote the book on the advice of his father; thus Edmond is most likely the son of Félix Vobaron. Among many positions, he was music director of the 2nd light cavalry regiment. This method book presents scales in all the major and minor keys, a brief series of exercises involving all the positions, one hundred lessons in all the keys (sixty in flat keys, forty in sharp keys) and six short duets. The work, originally intended for military musicians, is an overview of trombone technique.

This book was originally published as a half-height book, typical of the time period, but is reproduced here with two pages per sheet on 8.5×11″ paper. This makes it easily printable and readable on all modern devices.

This book is ancient, and you can tell that by looking at it, but it is a key part of trombone history and should be preserved for future generations.

Be the first to review “Methode de Trombone” Cancel reply