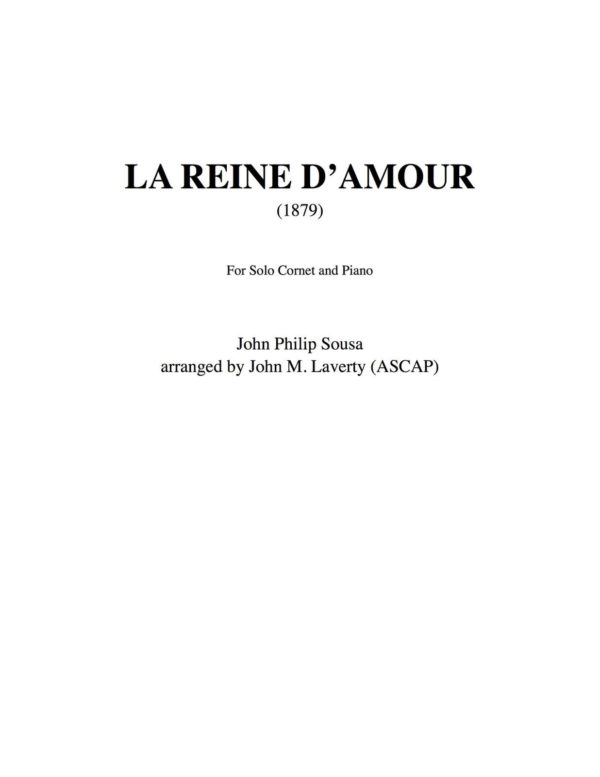 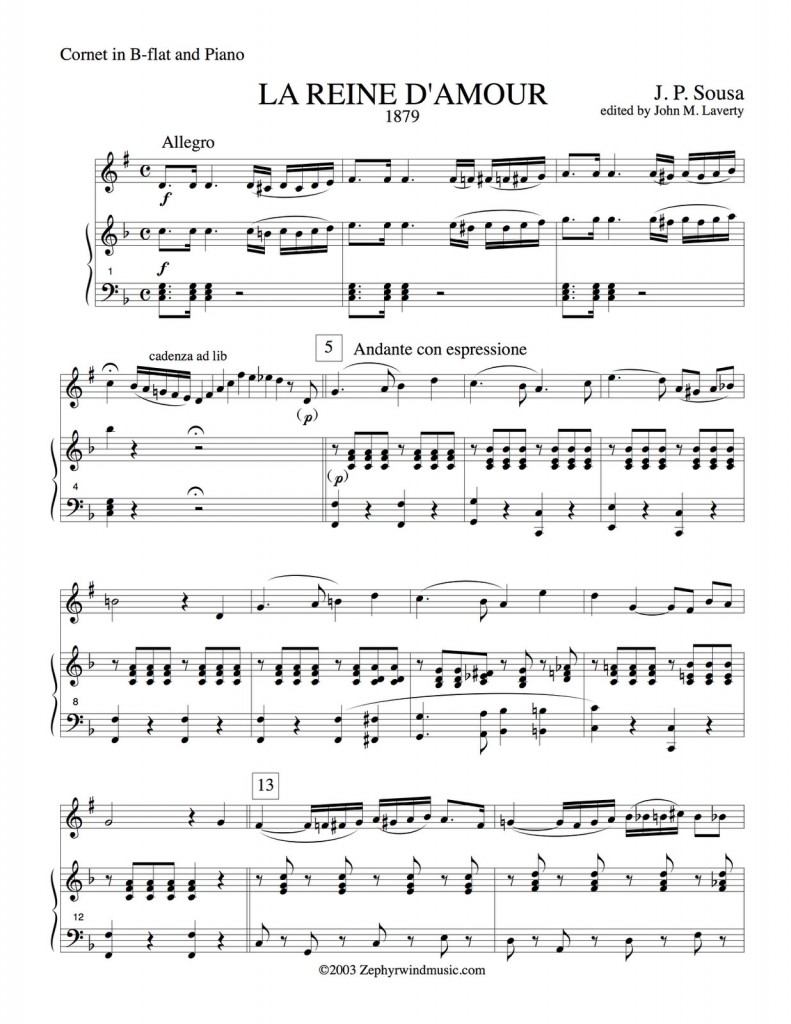 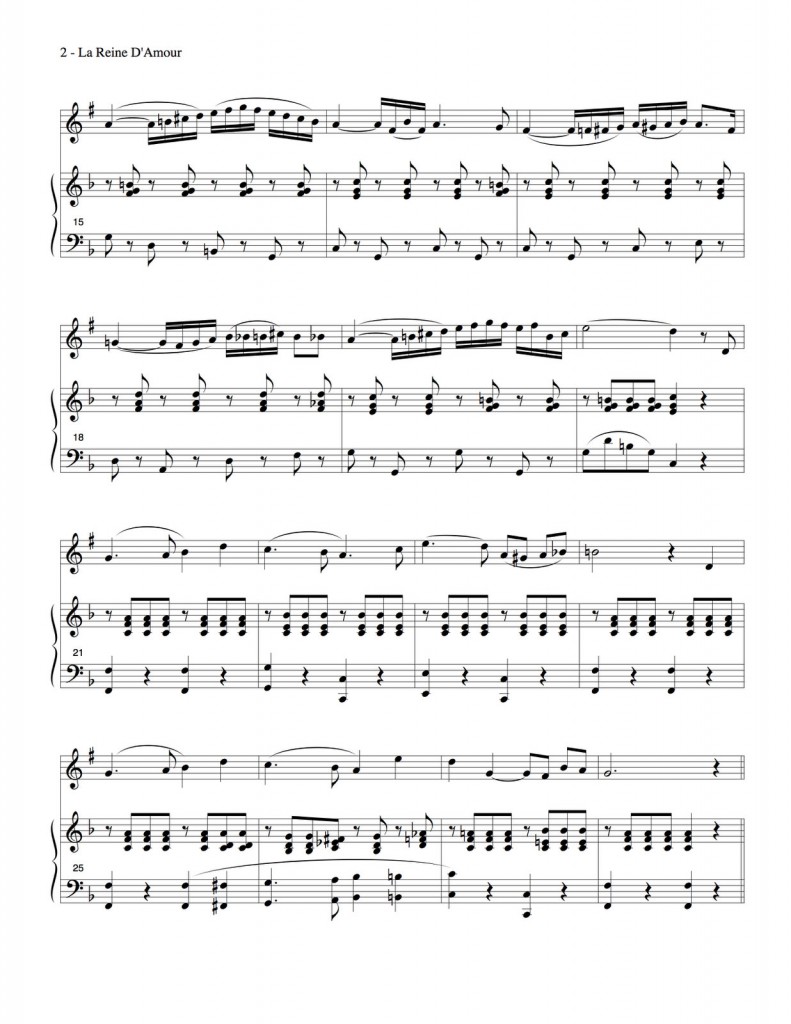 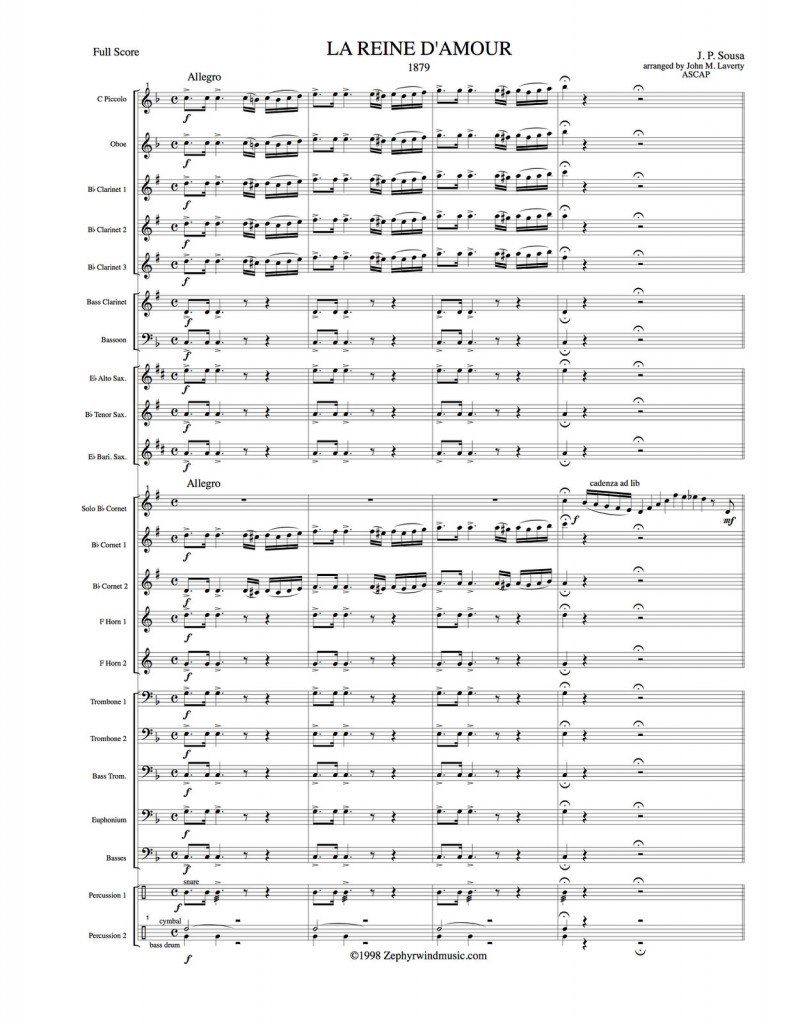 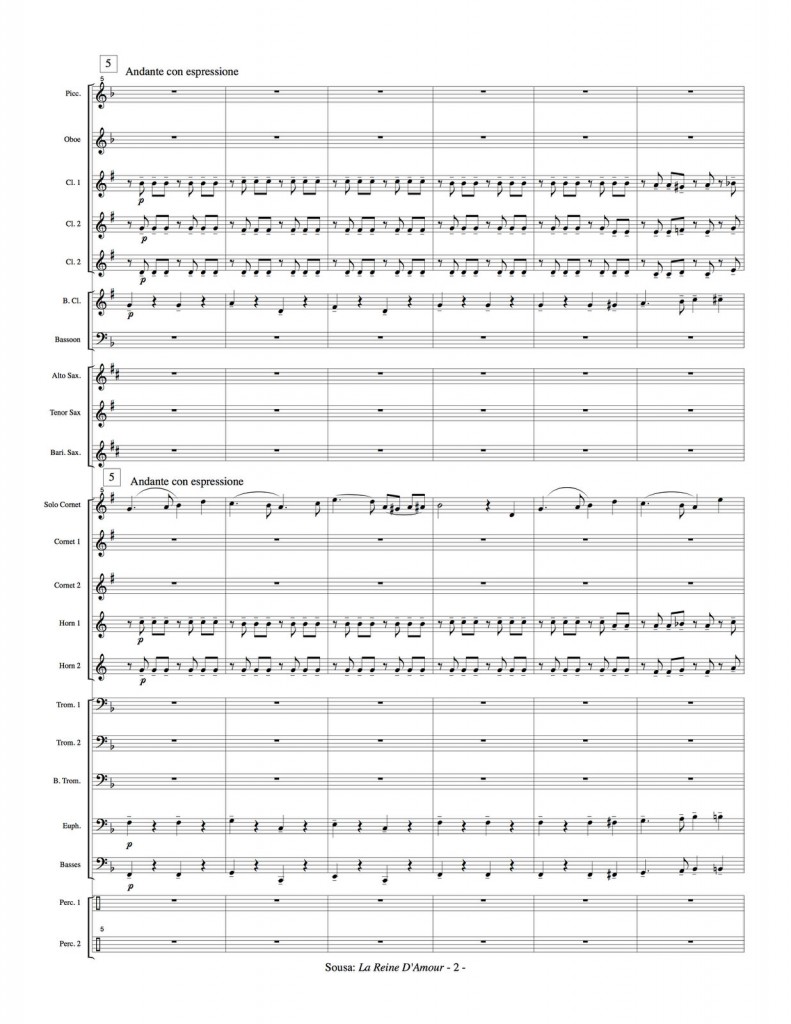 This is the only work by Sousa for cornet and piano, first published in a magazine in 1879. It has been distributed as an insert in the International Trumpet Guild Journal resulting in world wide distribution of this historically significant work.

La Reine D’Amour is John Philip Sousa’s only solo work for cornet. Originally for cornet and piano, is was first published in 1879 in a magazine. It is a terrific example of music written for the cornet and how it became an important solo instrument in practically every ensemble of the time. This version for band was premiered by “The President’s Own” United States Marine Band, Vince DiMartino cornet soloist. Arranged and edited by John M Laverty.

Be the first to review “La Reine d’Amour” Cancel reply