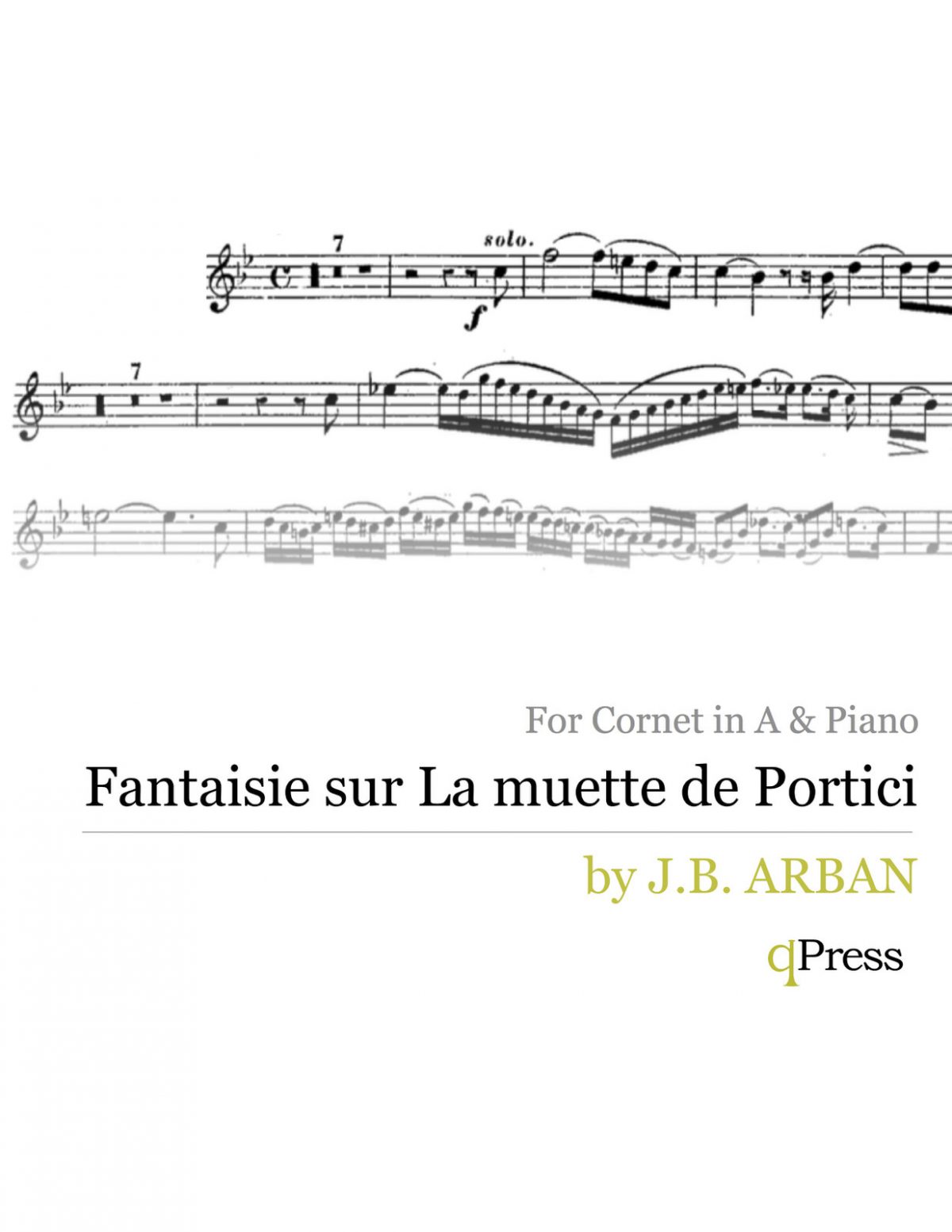 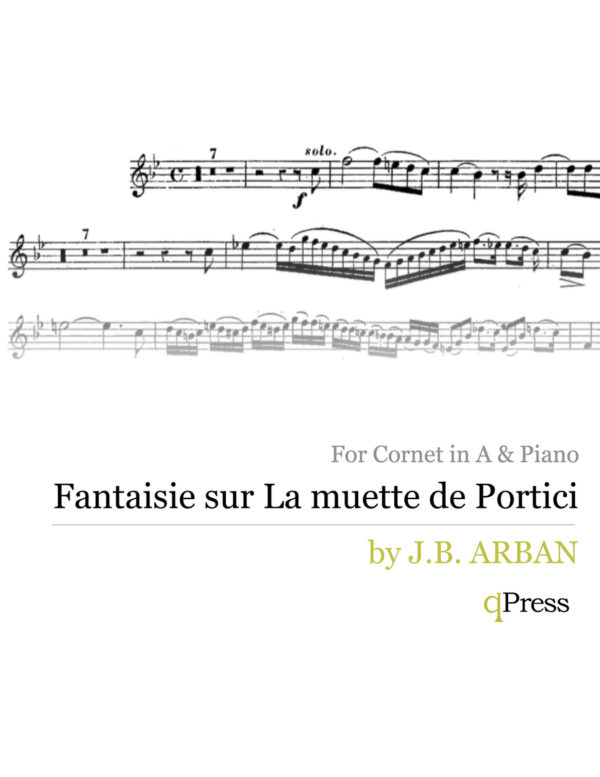 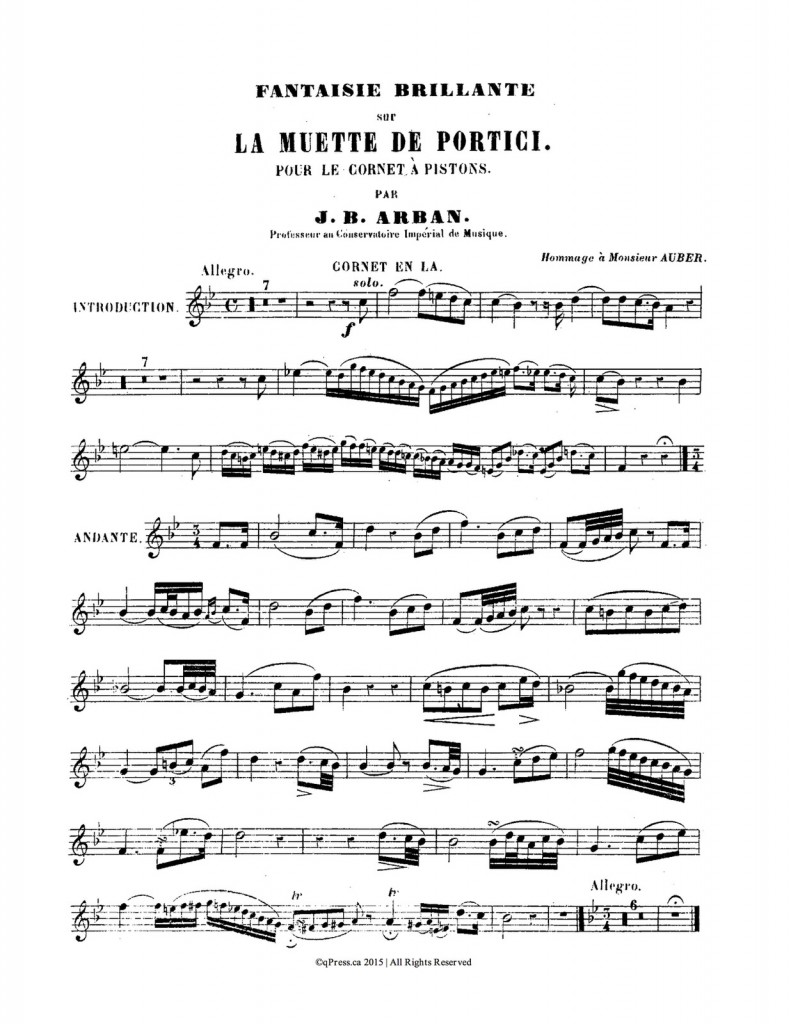 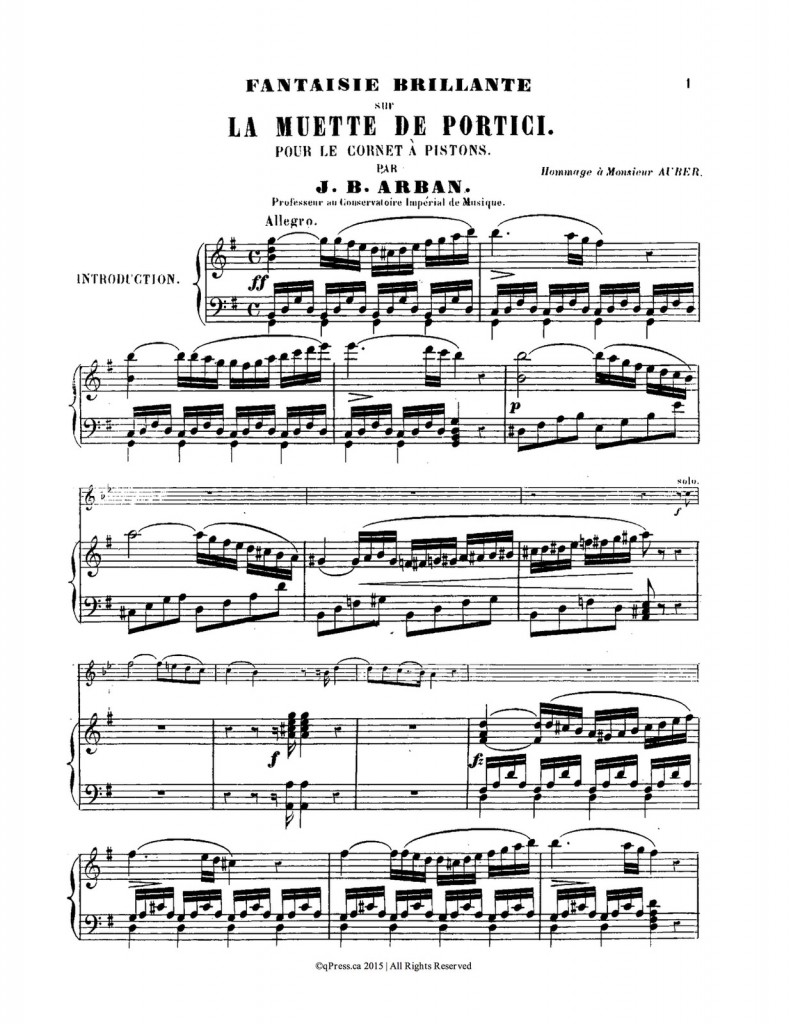 Arban’s solo “Fantaisie sur La Muette de Portici” for cornet in A is based on themes from an opera of the same name by Daniel Auber. The title translates to “The Dumb Girl of Portico,” or “The Mute Girl of Portico.” Also called “Masaniello” in some versions, it is an opera in five acts by Auber, with a libretto by Germain Delavigne, revised by Eugène Scribe. The work has an important place in musical history, as it is generally regarded as the earliest French grand opera.

As a contemporary of Auber, Arban chose to base his cornet solo on Auber’s melodies and create a theme with variations as you would come to expect from one of his cornet solos. It is a wonderful piece of French music history and makes for a great addition to any recital program.

Give the first bit a try using the sample pages, then grab an immediate PDF download above.