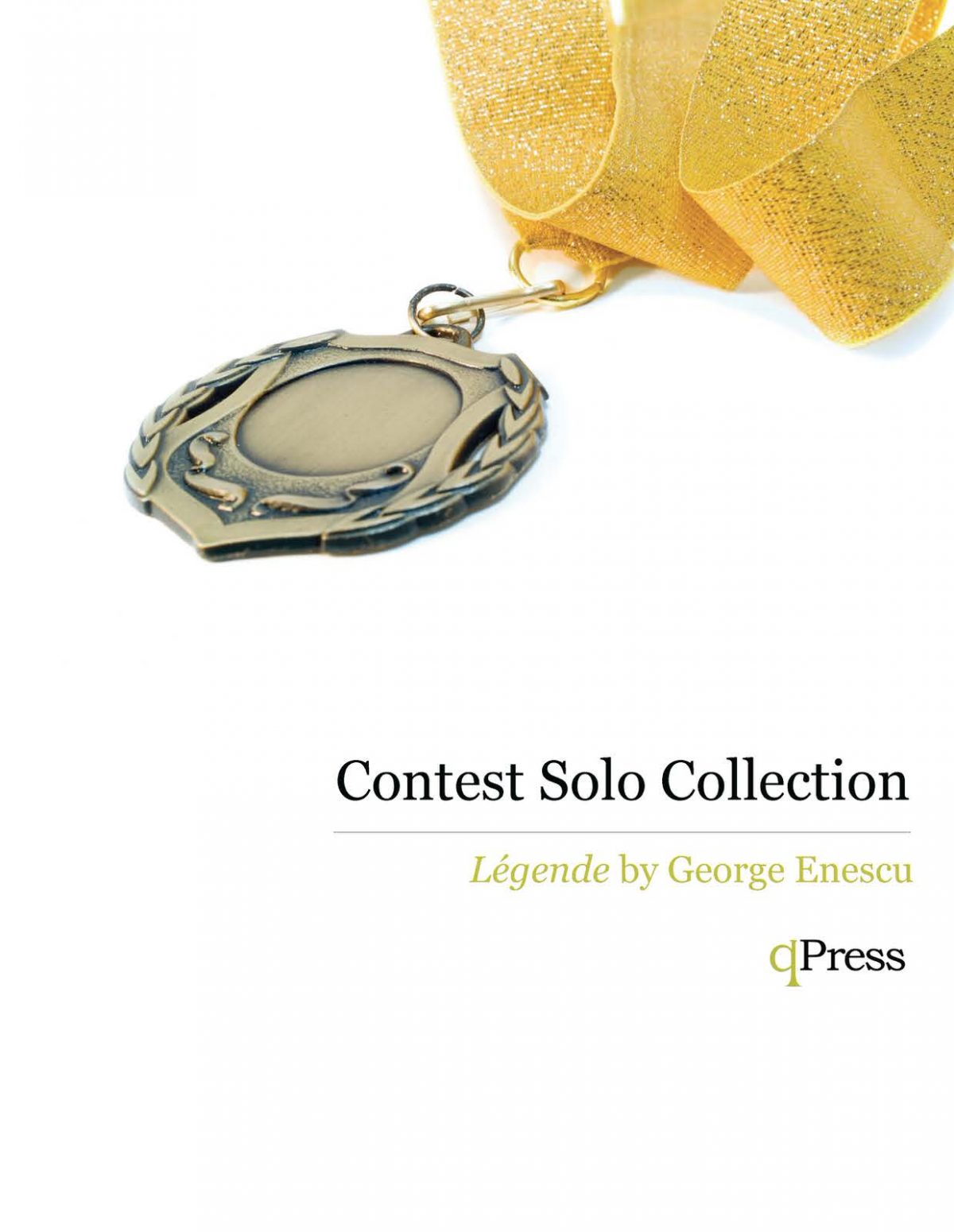 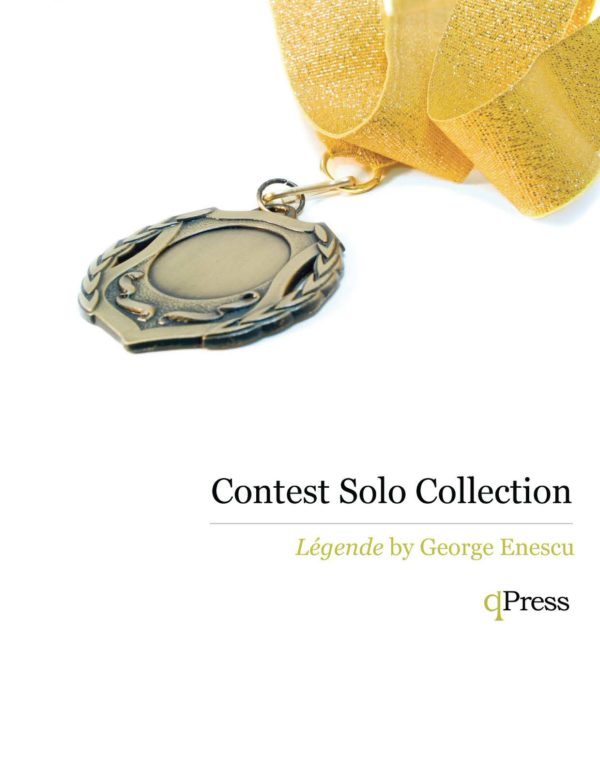 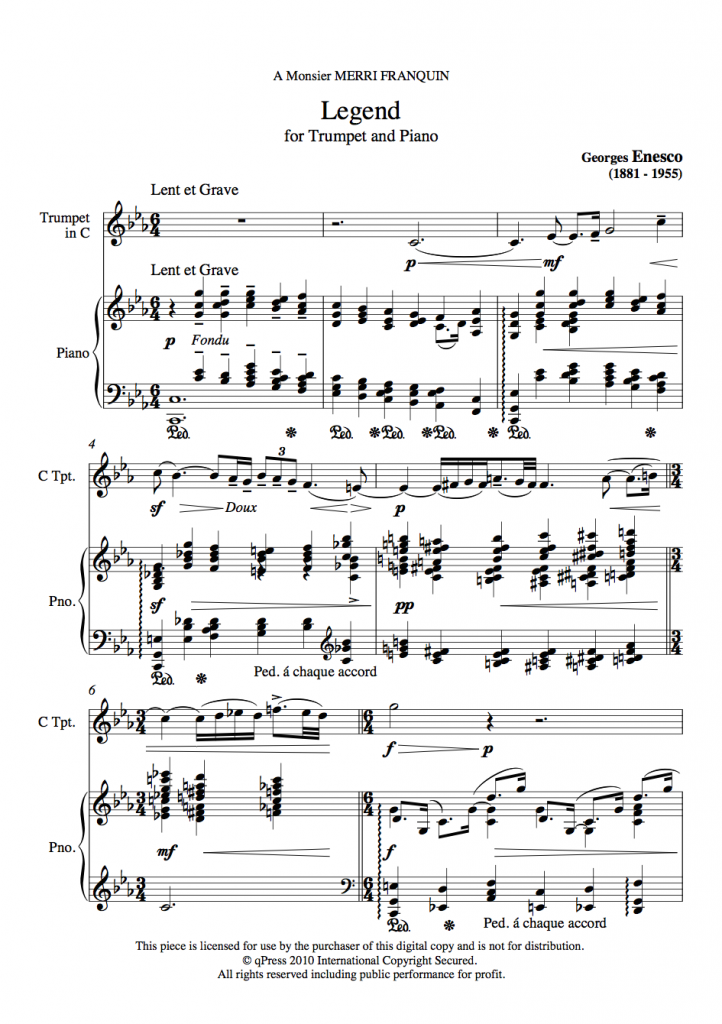 Legende (1906) is a solo work for trumpet and piano, composed by George Enescu and premiered by Merri Franquin, professor of cornet at the Paris Conservatoire. It reflects the impressionistic style of Enesco’s teachers Jules Massenet and Gabriel Fauré. The title is an homage to Professor Franquin. The piece reflects an important step in the evolution of the trumpet from a more archaic limited instrument, to a fully chromatic and soloistic instrument.

Legende’s range extends from a low A-flat to a high C, with an ossia passage that extends only to high B-flat. The piece requires extensive triple tonguing and an unspecified mute.

Score and parts in Bb and C are provided.

Be the first to review “Enescu: Légende” Cancel reply