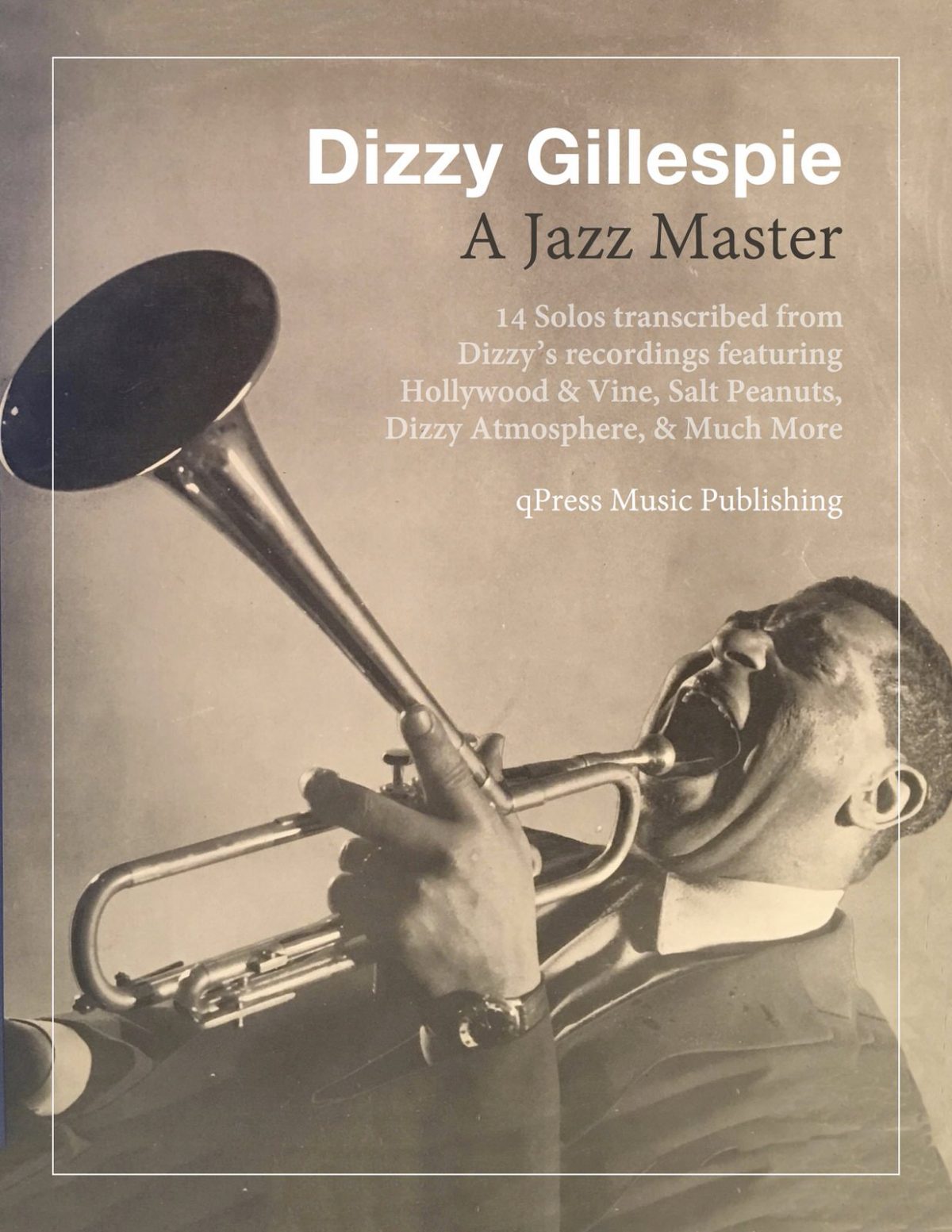 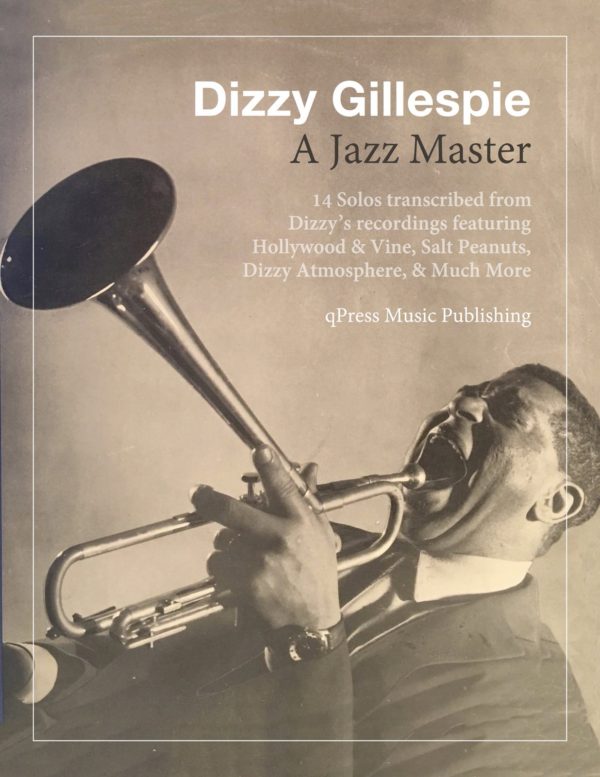 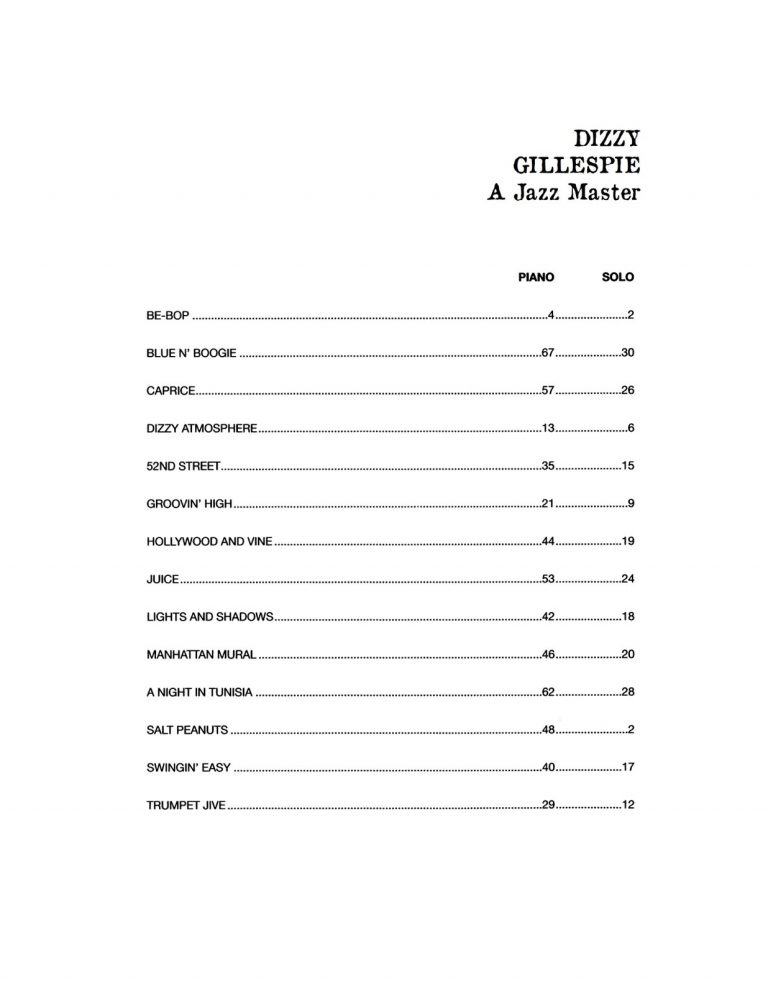 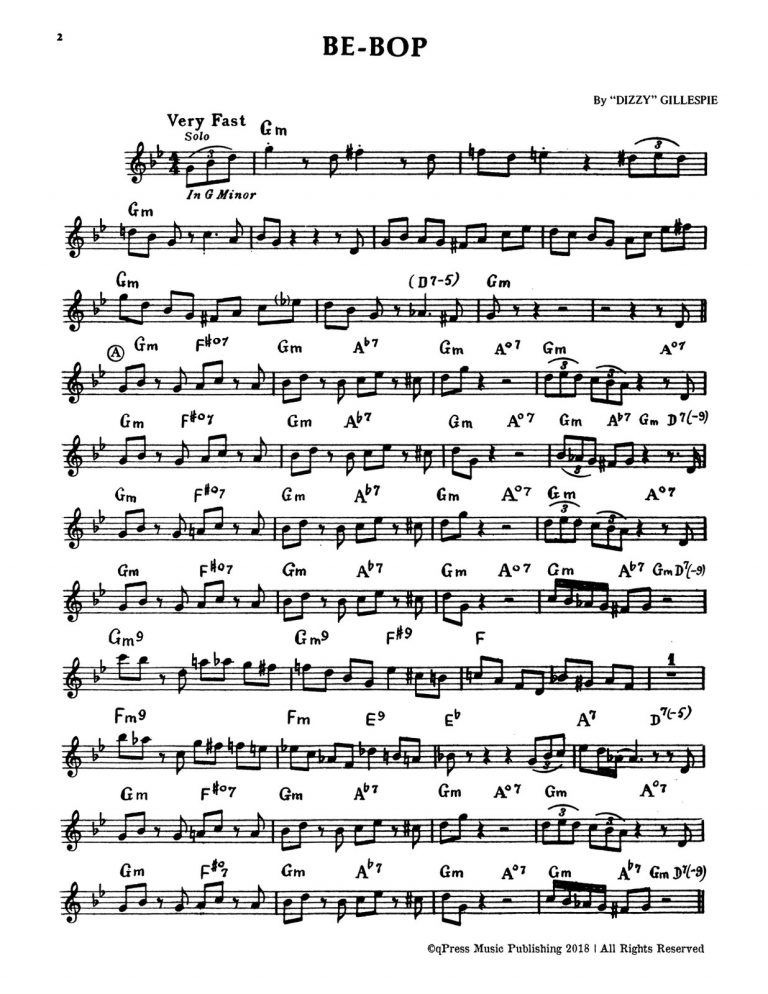 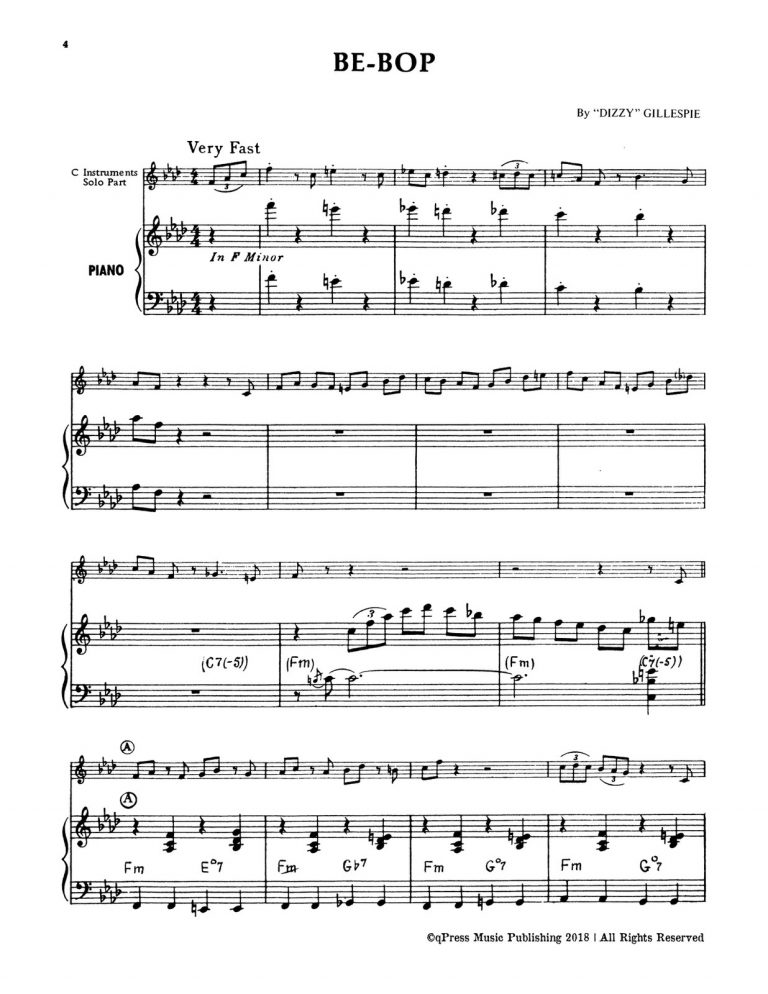 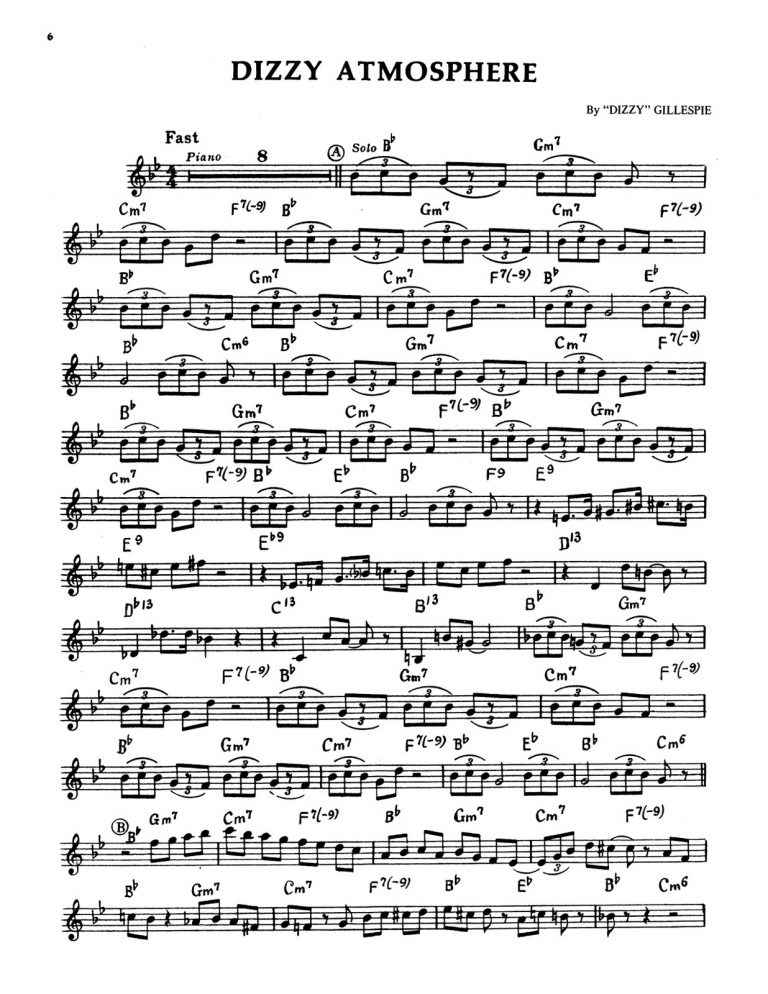 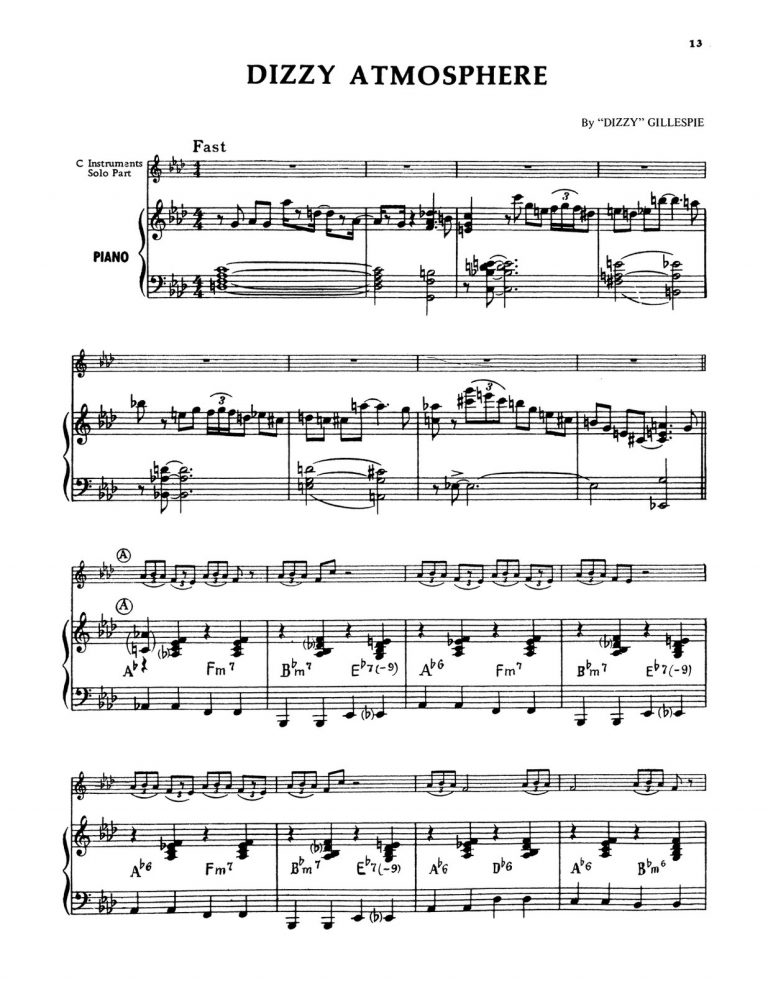 A folio of Gillespie compositions with transcribed improvisations was published as early as 1946, and followed by a second folio in 1949. The compositions included in these folios were all originals by Dizzy, and subsequently became associated with him and with the modern jazz movement. Outstanding are “Salt Peanuts,” “Night In Tunisia,” and “Groovin’ High,” compositions which have been recorded repeatedly over the years.

The solos included here were transcribed from either private or commercially issued recordings made during the years 1944-1948. This folio can be divided into three distinct sections, the distinguishing factor being the piano accompaniment. The first section was taken from the first folio published in 1946 and the piano background is simple, this is useful because it shows Dizzy’s solos against a conventional swing style accompaniment. The first section includes the compositions: TRUMPET JIVE • 52ND STREET • GROOVIN’ HIGH • BEBOP • DIZZY ATMOSPHERE.

In the second section, the piano part was recently written and shows regard for many later jazz influences, and therefore is more contemporary than the other material in this folio. Also, note that the composition “Hollywood And Vine” has an unusual feature in having a nine bar main phrase, as opposed to the standard eight, any initial difficulty with this can be easily overcome with practice. This section includes the compositions: SWING IN’ EASY • LIGHTS AND SHADOWS • HOLLYWOOD AND VINE • MANHATTAN MURAL.

The third section is probably the most interesting from a study point of view, for here the piano part illustrates completely the altered and substitute chords being used by Dizzy and other musicians in the forties. The compositions included in this section are: SALT PEANUTS • JUICE • CAPRICE • NIGHT IN TUNISIA • BLUE N’ BOOGIE.