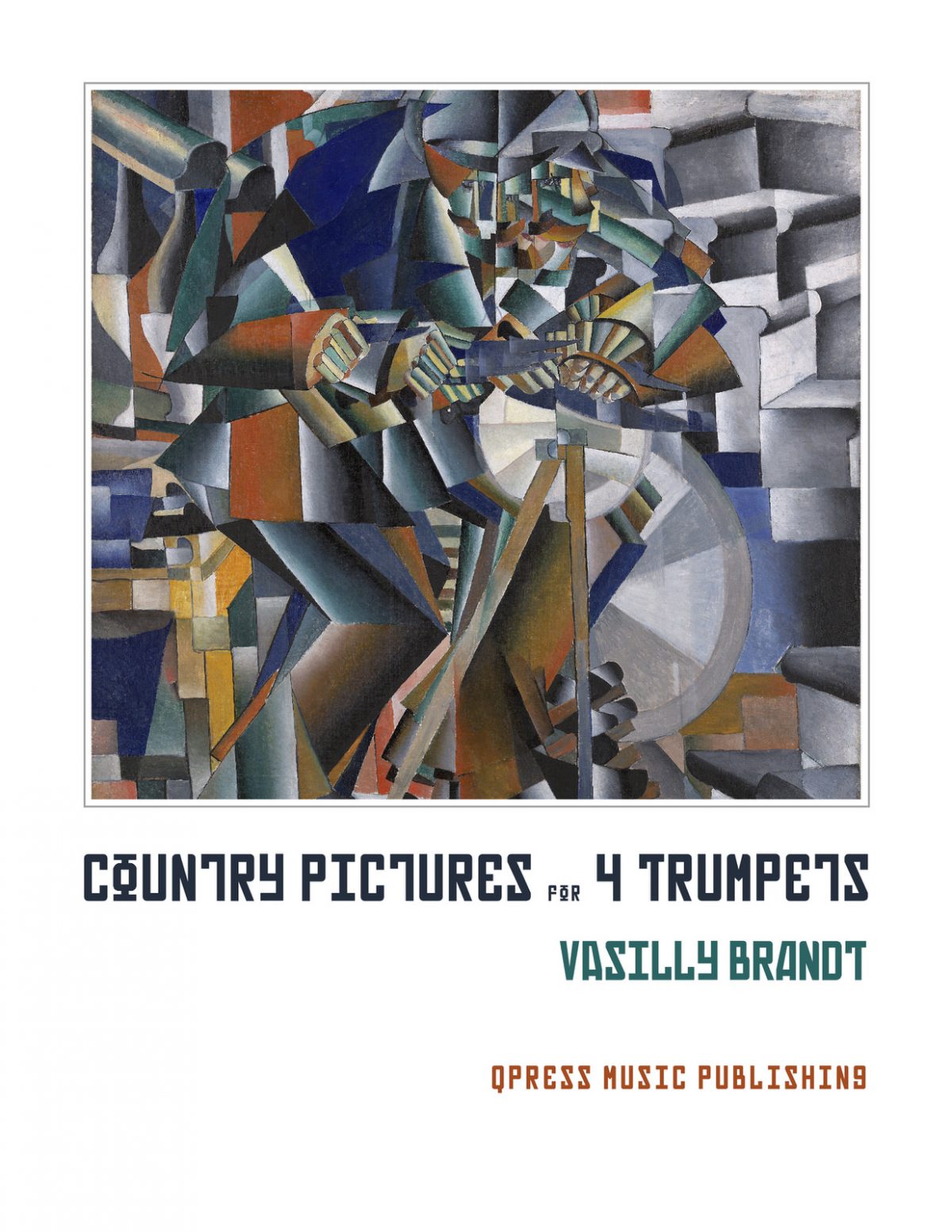 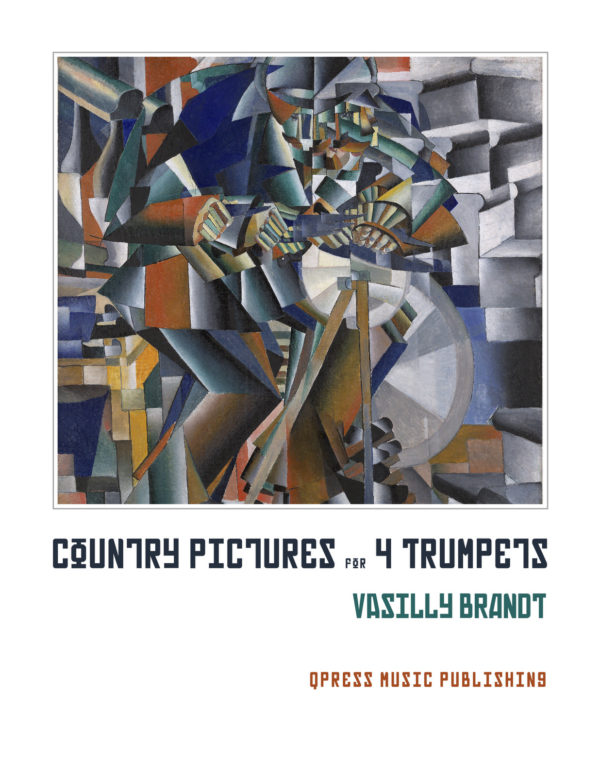 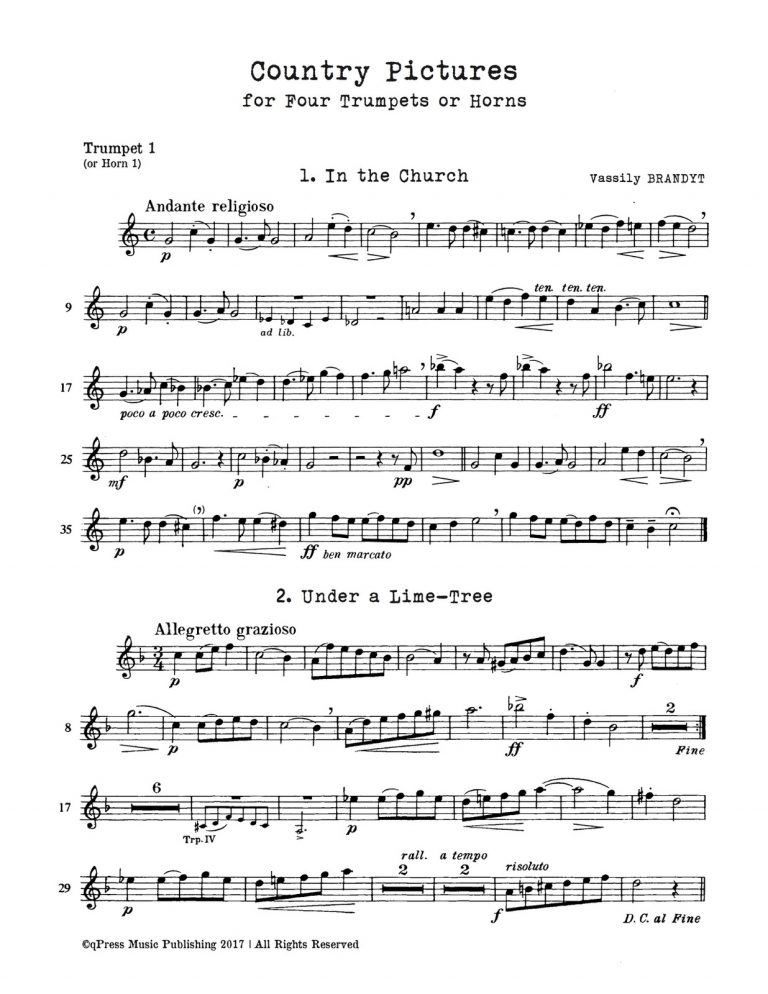 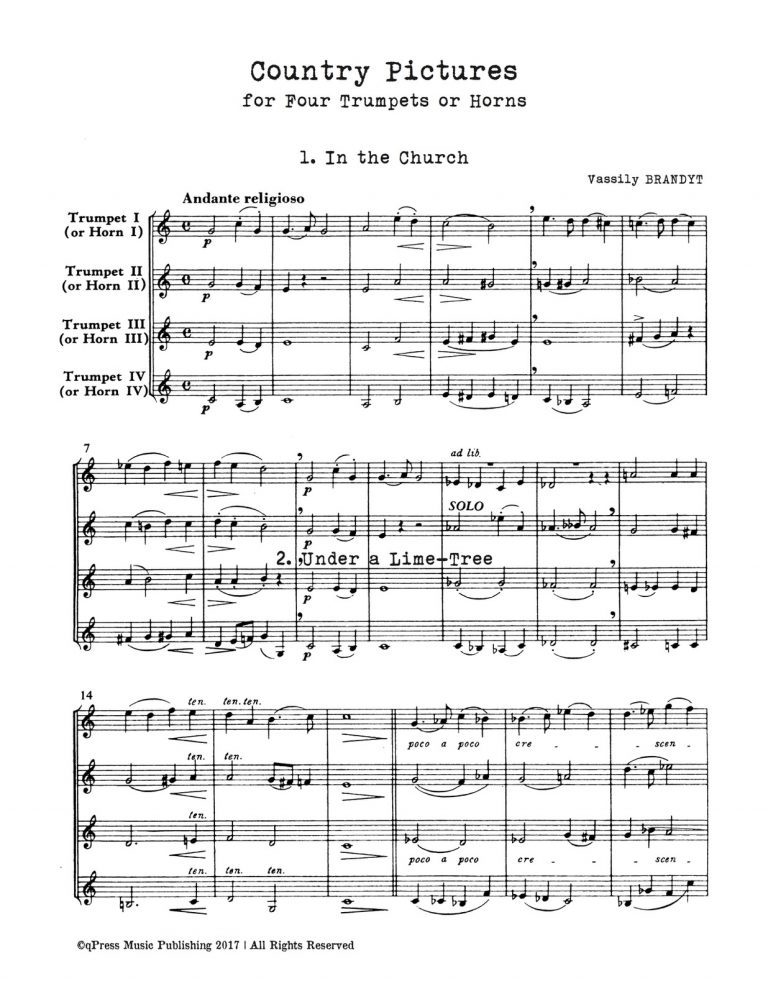 Country Pictures for 4 Trumpets or Horns By Vassily Brandt

Vassily Brandt was a Russian trumpeter, pedagogue, and composer. He was principal trumpet of the Bolshoi Theatre and went on to become first cornet. He succeeded Friedrich Richter as the trumpet professor of the Moscow Conservatory, and also taught band orchestration there. He is considered the founder of the Russian trumpet school. His 34 Orchestral Etudes, which you can find here (LINK), is an important study book for modern trumpet players, and his trumpet quartet “Country Pictures” is nearly as well known. His two Concert Pieces for trumpet and piano, are numbered 1 & 2 (opus 11 and 12 respectively), are also widely performed today (and can be found right here LINK)

This listing is for Country Pictures, and includes one file with all four parts and a score, ready for two sided printing with perfect page turns. This piece is known by a few different titles, including a common subtitle of Three Pieces for Four Brass, and is meant to be performed with either four trumpets or four french horns. This is a lovely piece, with three movements that hold together very nicely in both contrast and compliment. It is short enough to program on a solo recital, but long enough to make it a worthy challenge to intermediate to advanced players.