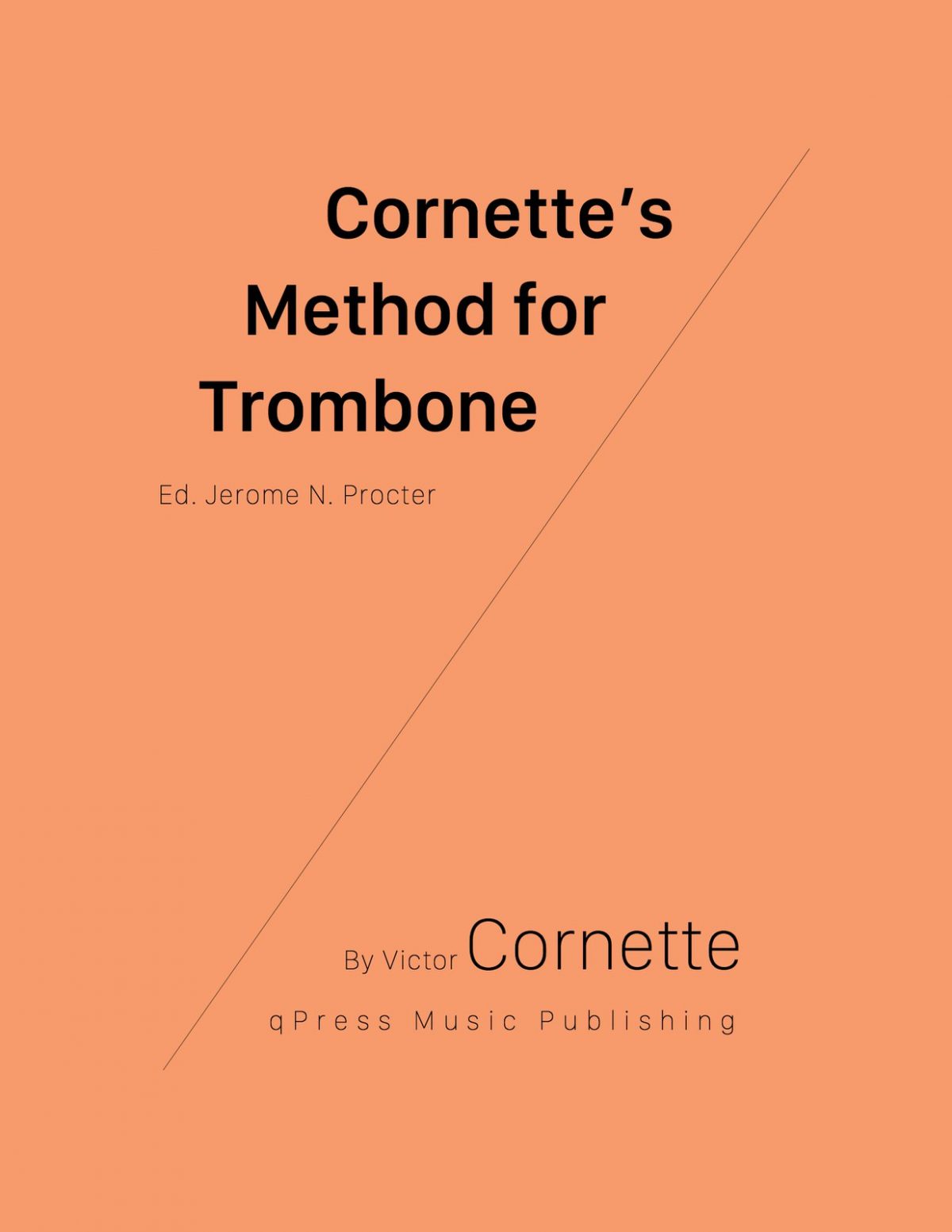 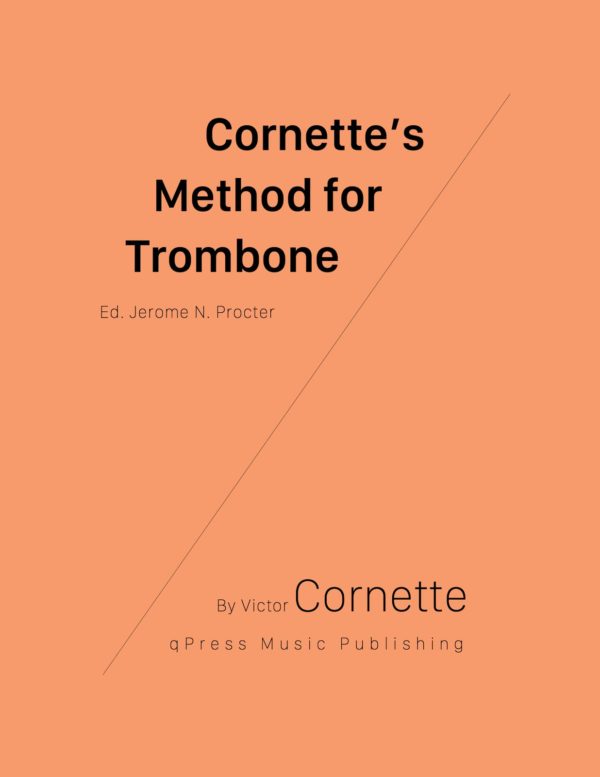 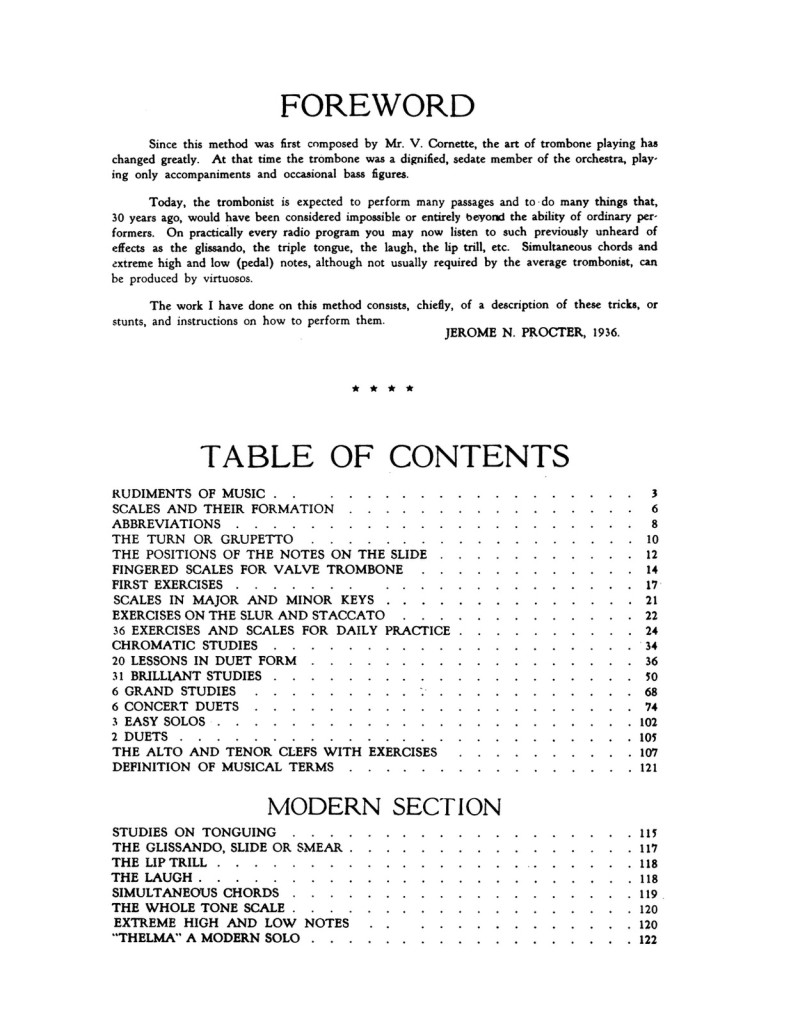 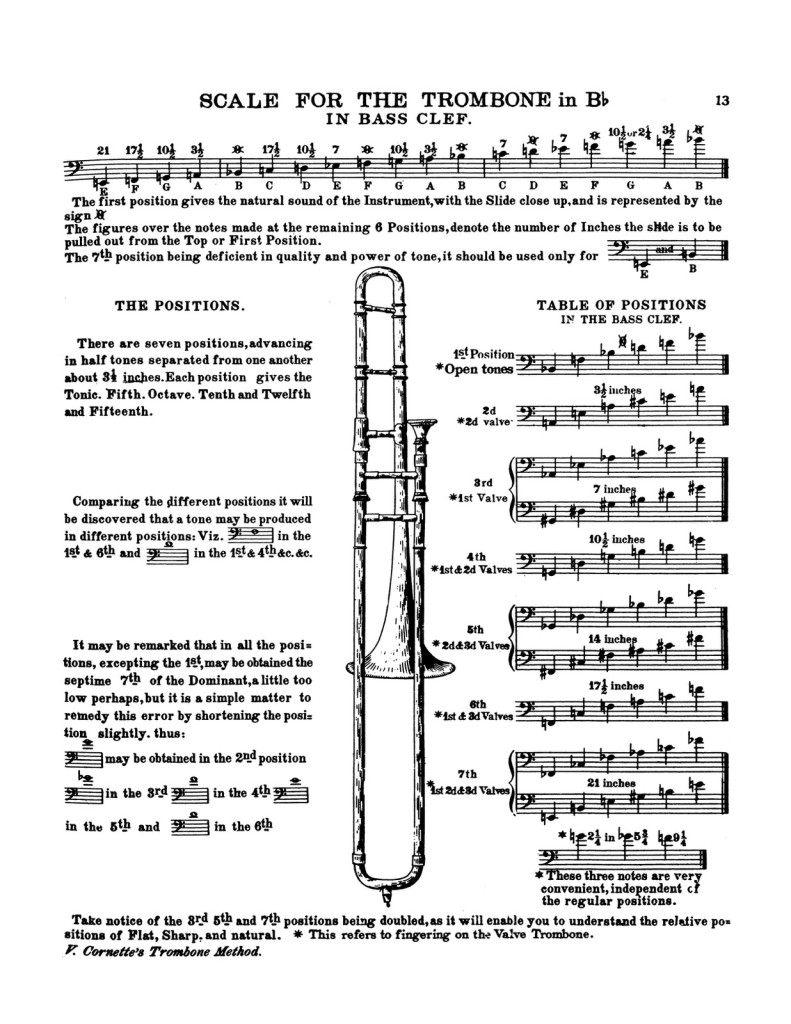 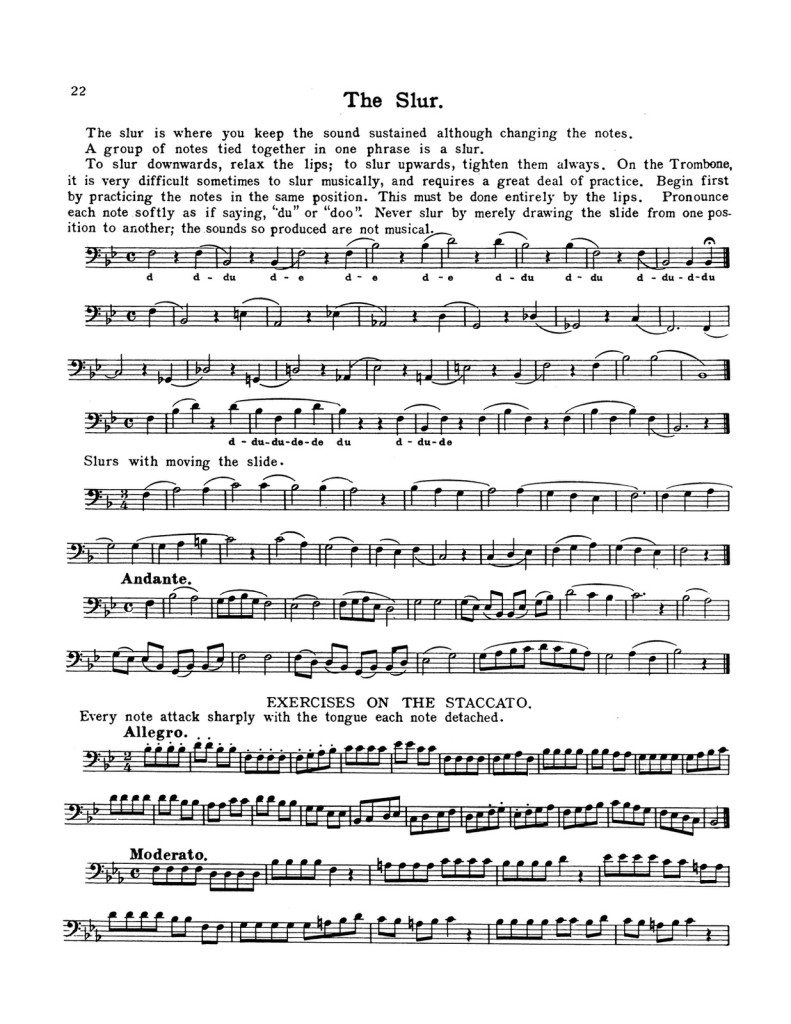 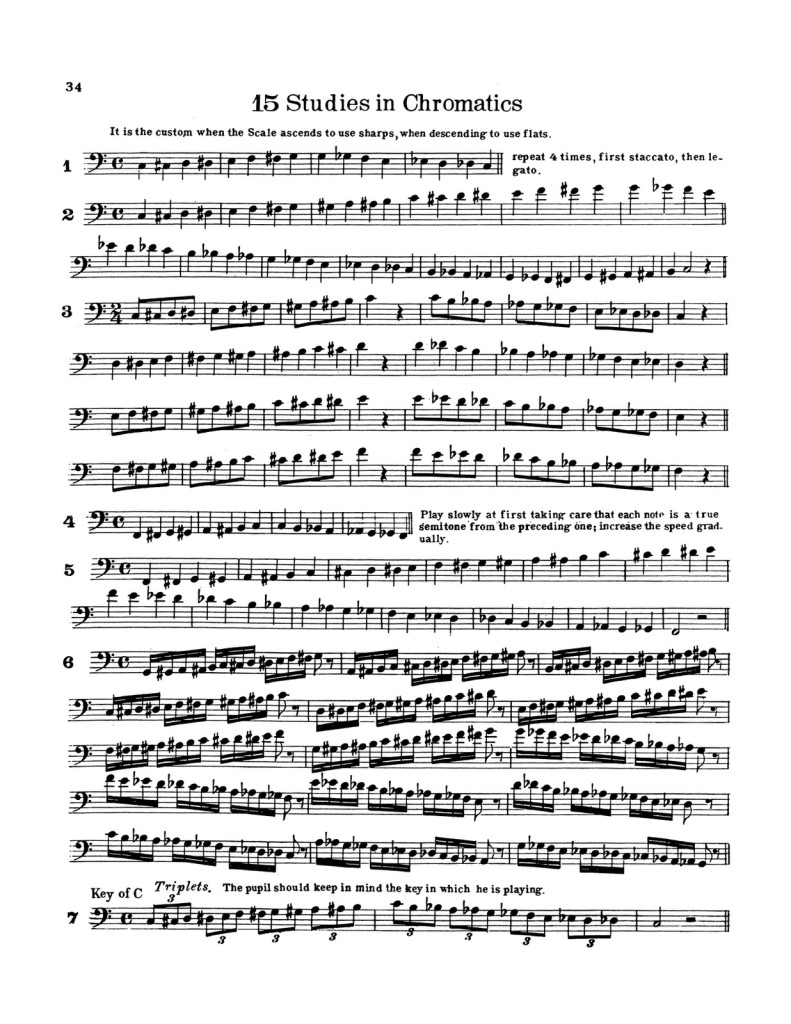 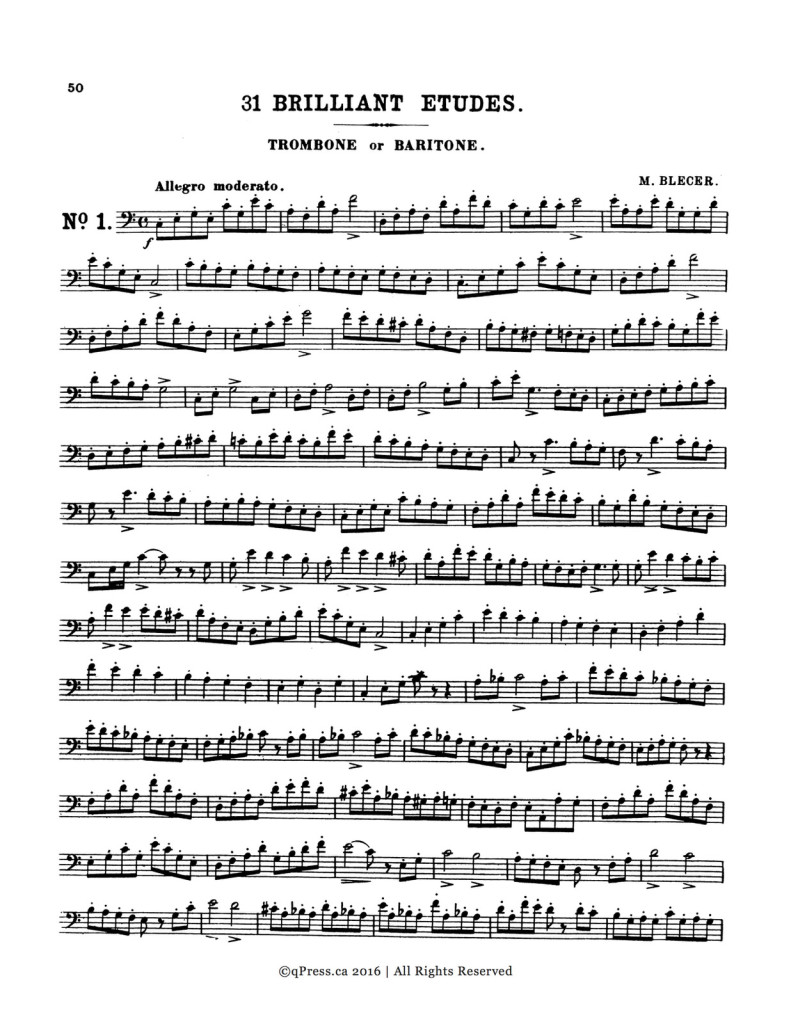 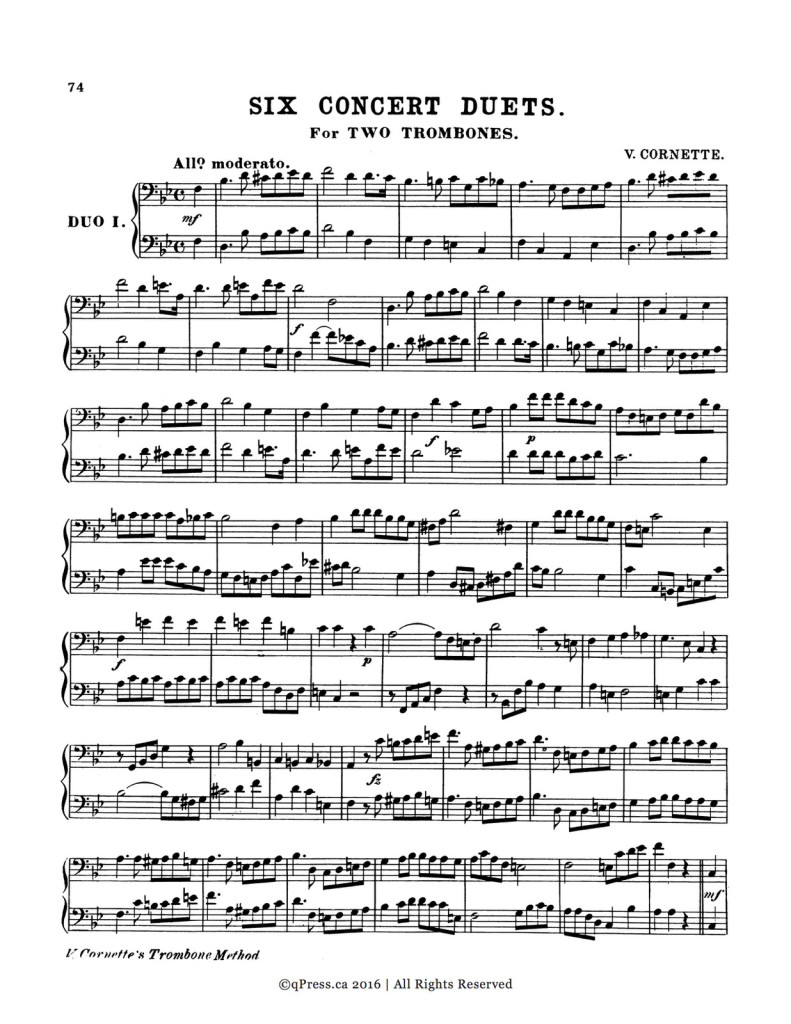 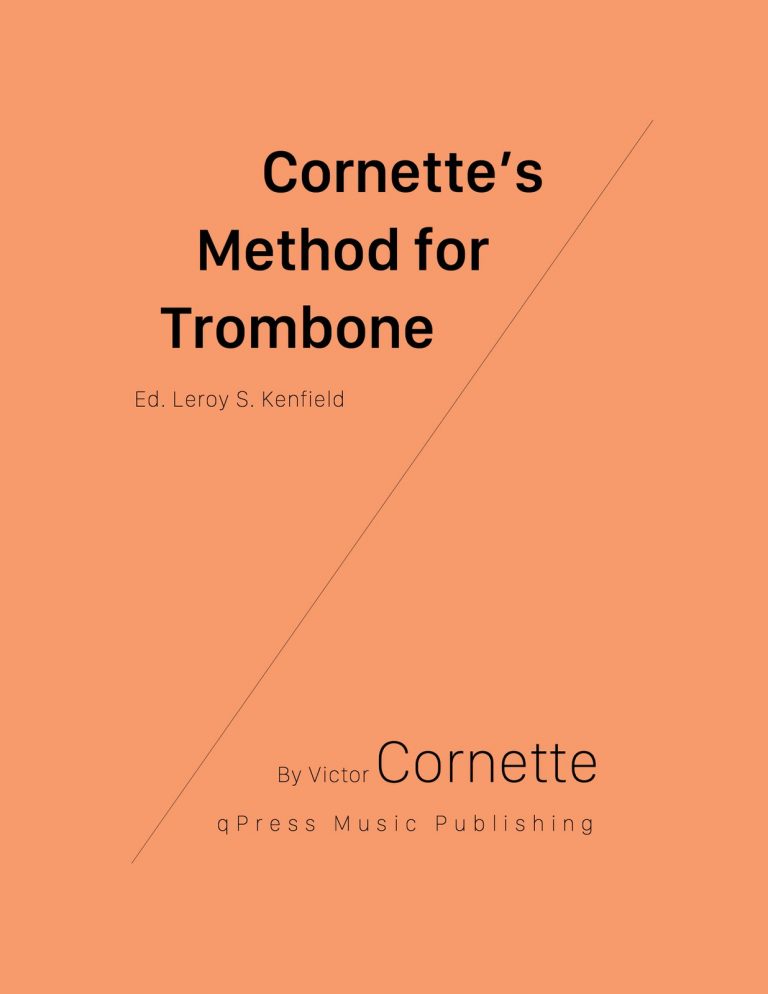 Cornette’s “Method for the Trombone” has been re-written and revised multiple times over the years. The most commonly practiced is the Procter revision, but there is another lesser known revision completed by Leroy Kenfield. A purchase of this edition gets you both the Procter AND the Kenfield so you can have a look at any differences in editorial choices. They are very similar, with a differing page on positions, and the Procter including an extra two sections on tonguing and “The Modern Trombonist” respectively.

Check the samples to the left, then grab an immediate PDF download of both books at one low price above.

Since this method was first composed by Mr. V. Cornette, the art of trombone playing has changed greatly. At that time the trombone was dignified, sedate member of the orchestra, playing only accompaniments and occasional bass figures.

Today the trombonist is expected to perform many passages and to do many things that 30 years ago would have been considered impossible or entirely beyond the ability of ordinary performers. On practically every radio program you may now listen to such previously unheard of effects as the glissando, the triple tongue, the laugh, the lip trill…Simultaneous chords and extreme high and low pedal notes, although not usually required by the average trombonist, can be produced by virtuosos.

The work in this book on method consists, chiefly, of a description of these tricks, or stunts, and instructions on how to perform them.