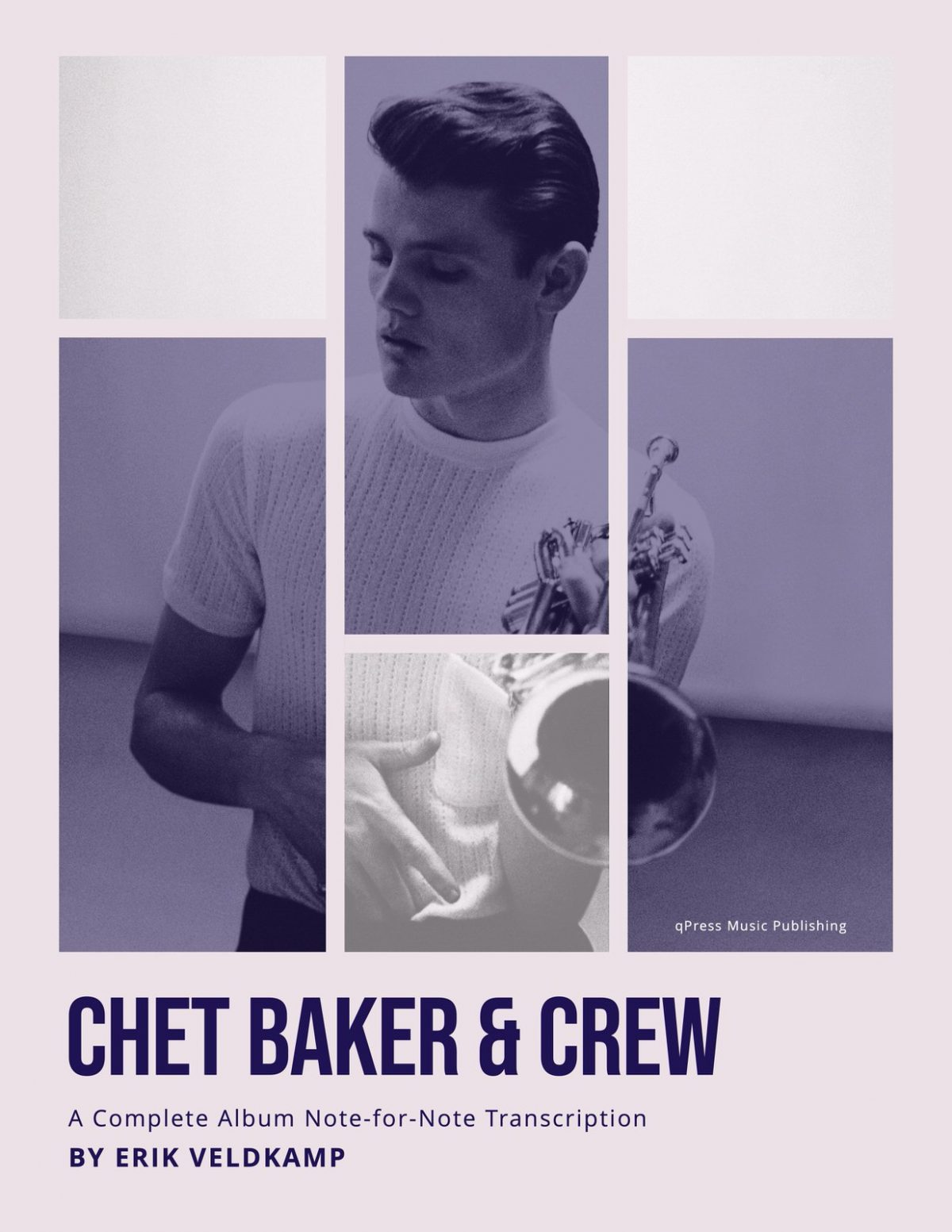 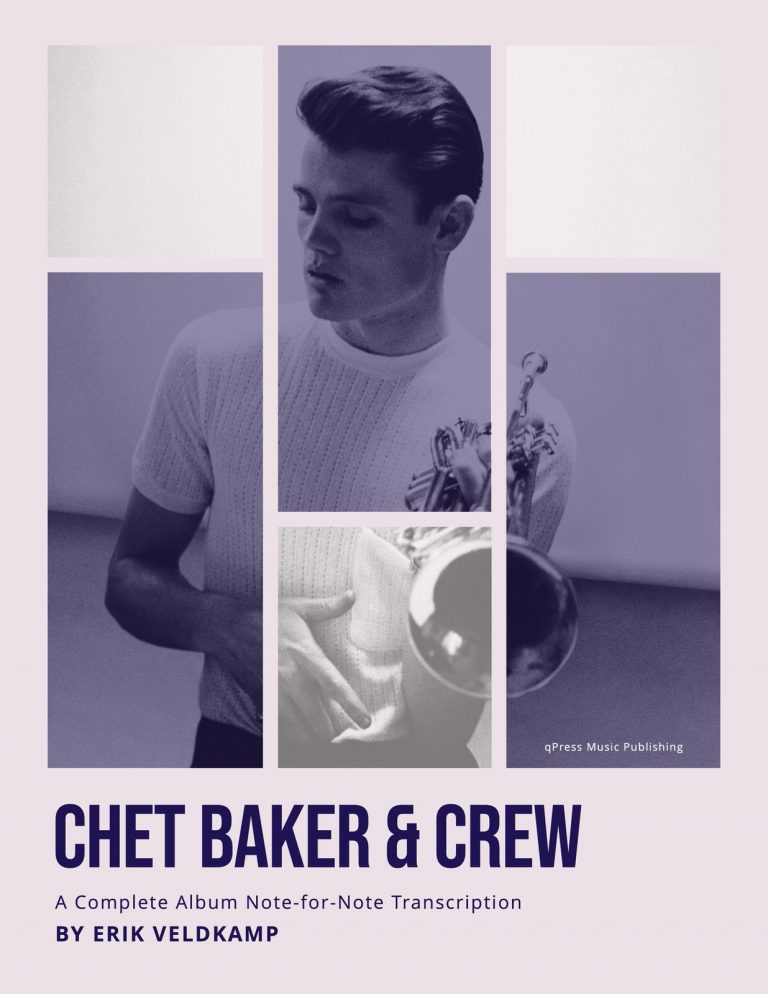 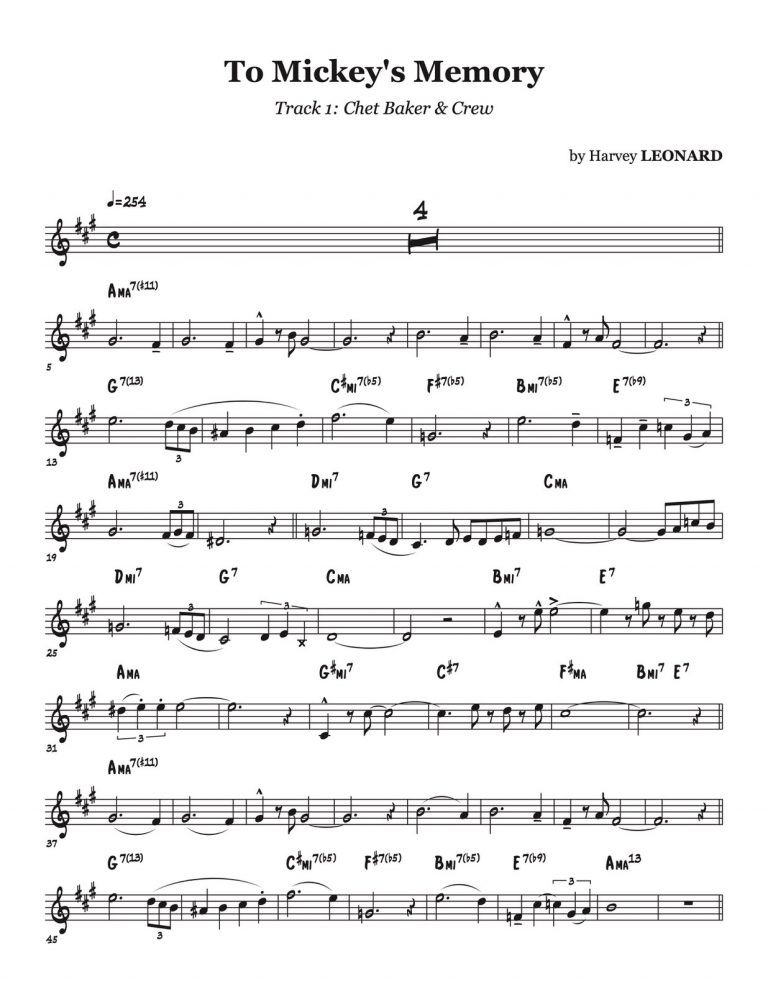 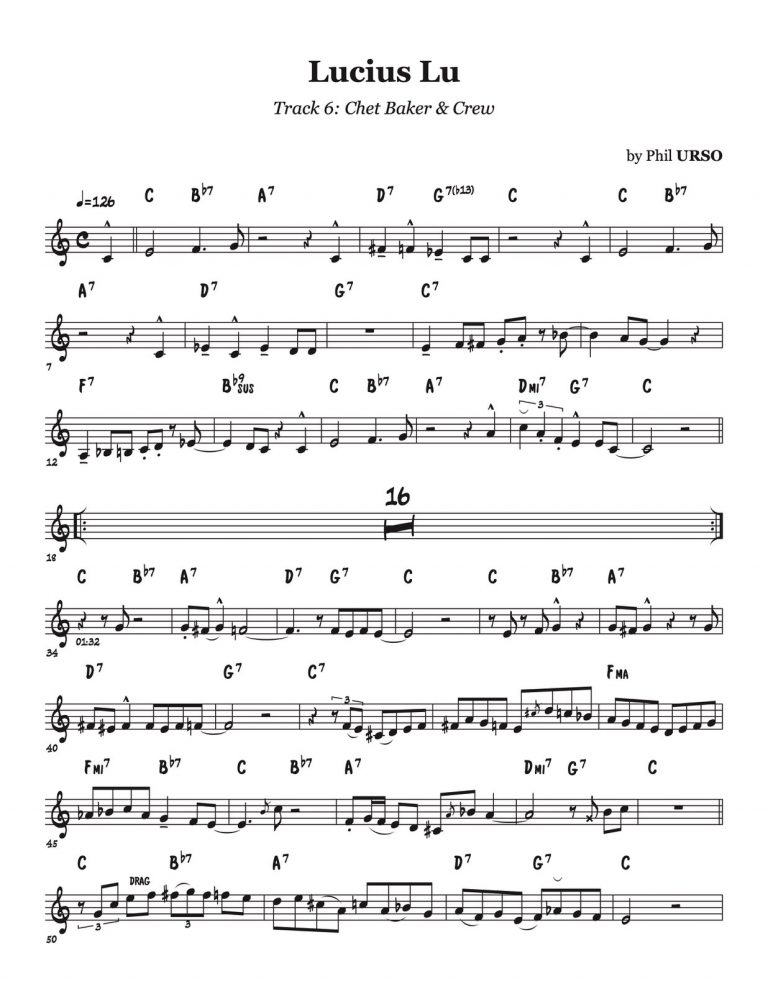 This book is a complete album, note-for-note transcription of Chet baker’s “Chet Baker & Crew.” Penned by the unmatched talent of Erik Veldkamp, this book brings some of the most beloved jazz solos of the 20th century to your music stand for you to decipher, dismantle, and analyze.

The numbers heard on Chet Baker & Crew were among a prolific flurry of recordings Baker was involved in during the last week of July 1956 — fresh from an extended European stay. Sessions were held every day from the 23rd through the 31st, which resulted in such classic titles as The Route, Chet Baker Sings, and At the Forum Theater — which is also available under the title Young Chet — as well as Chet Baker & Crew. The crew on these sides includes Phil Urso (tenor sax), Bobby Timmons (piano), Jimmy Bond (bass), Peter Littman (drums), and of course Baker (trumpet/vocals). The bandmembers take full advantage of their individual roles and abilities as soloists to really stretch out on “Slightly Above Moderate” and the Urso-credited composition “Halema” — named after Baker’s wife.

The chemistry of cool that flows between Urso and Baker is perhaps at its finest during the seamless exchange heard on “Worryin’ the Life Out of Me.” Timmons also boasts notable contributions throughout. His playful and scampering style dresses up the bluesy “Lucius Lu” and “Line for Lyons,” among others. The latter is also notable as it contains the sole Baker vocal on this set.

To the left you can try out a few free samples, then you can click above for an immediate digital download.

Be the first to review “Chet Baker & Crew” Cancel reply