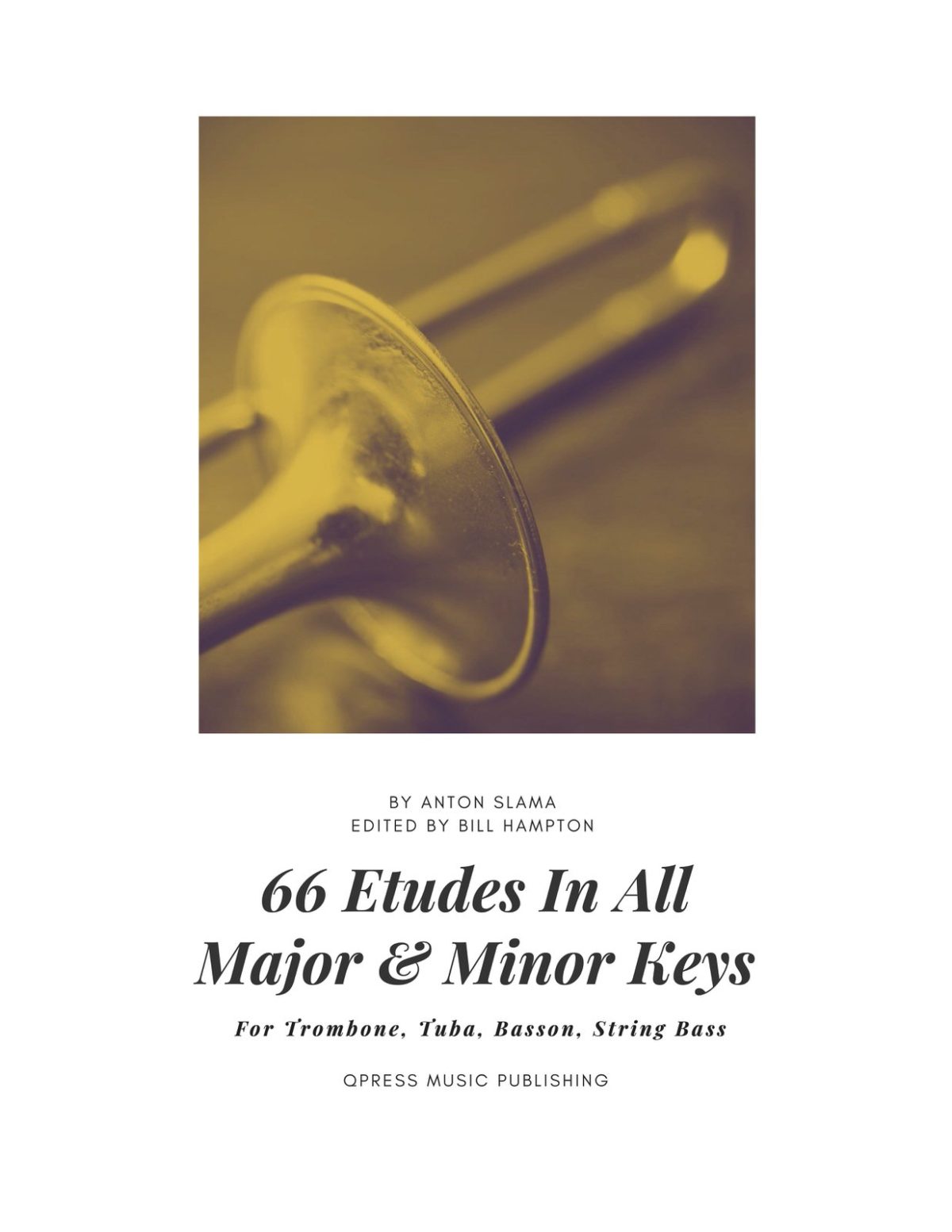 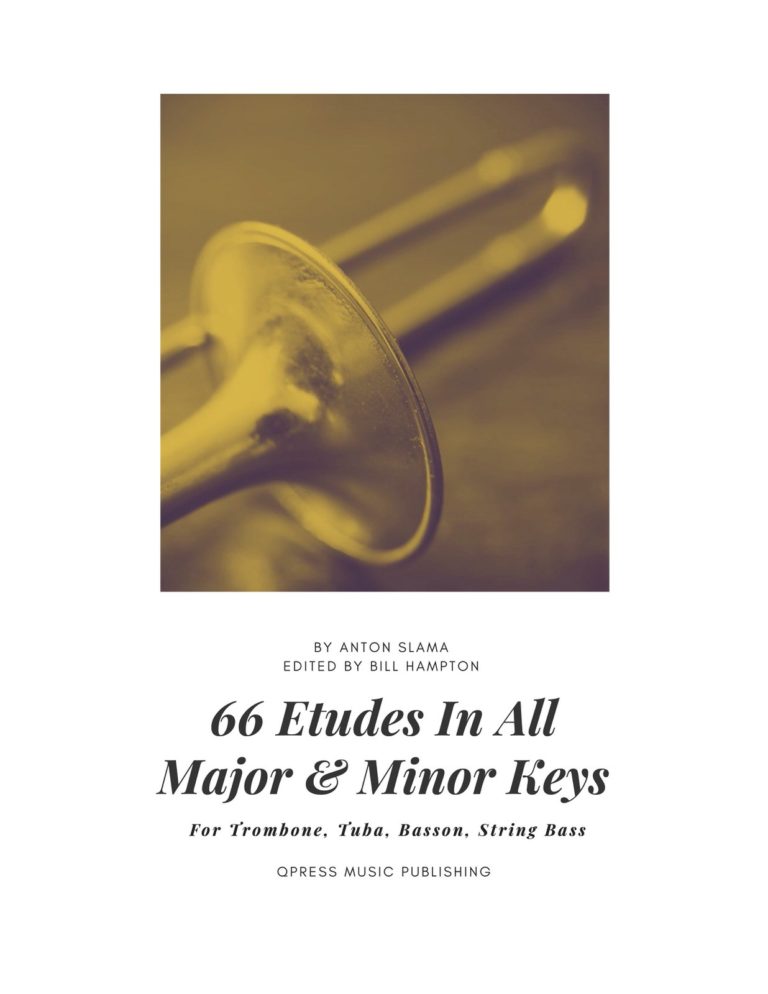 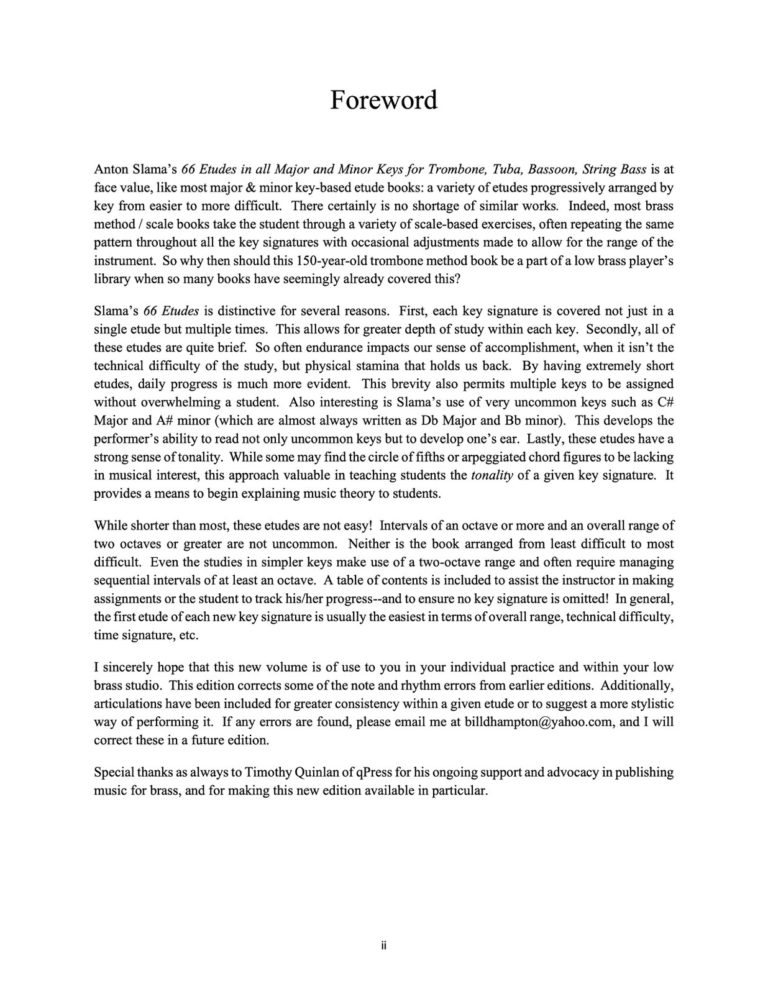 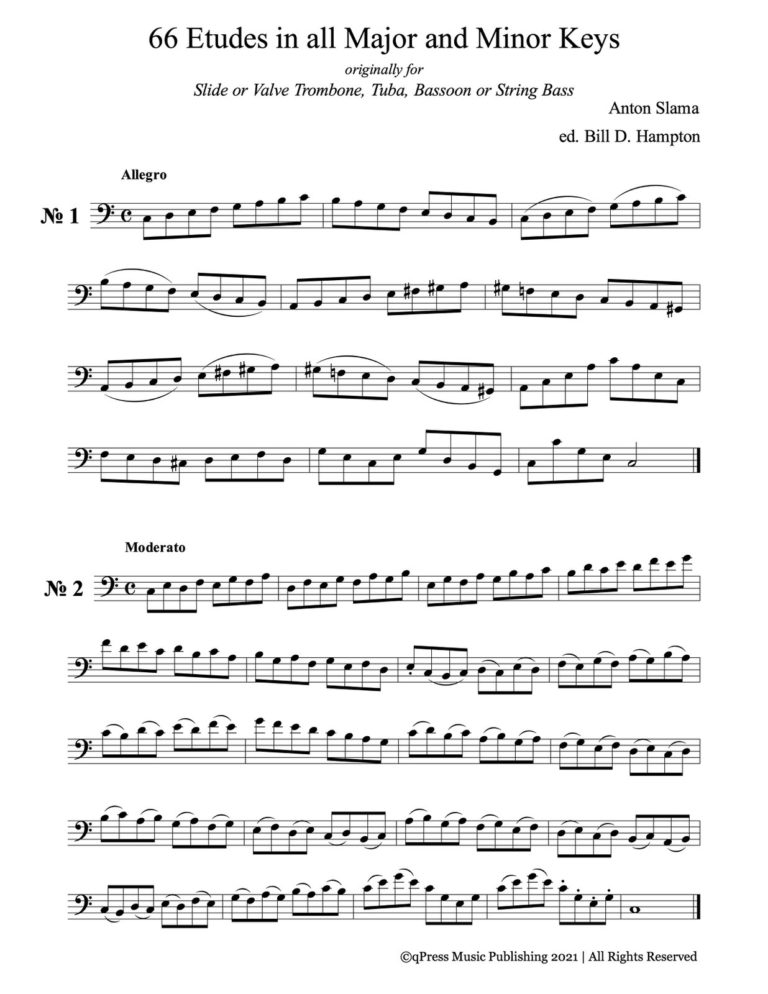 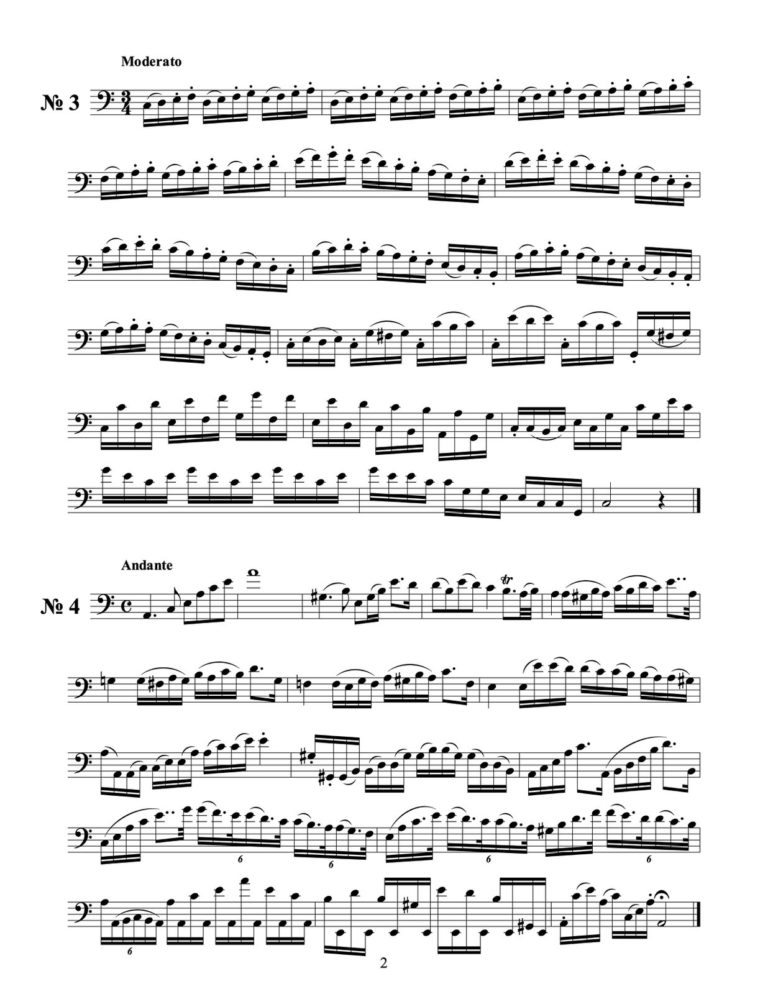 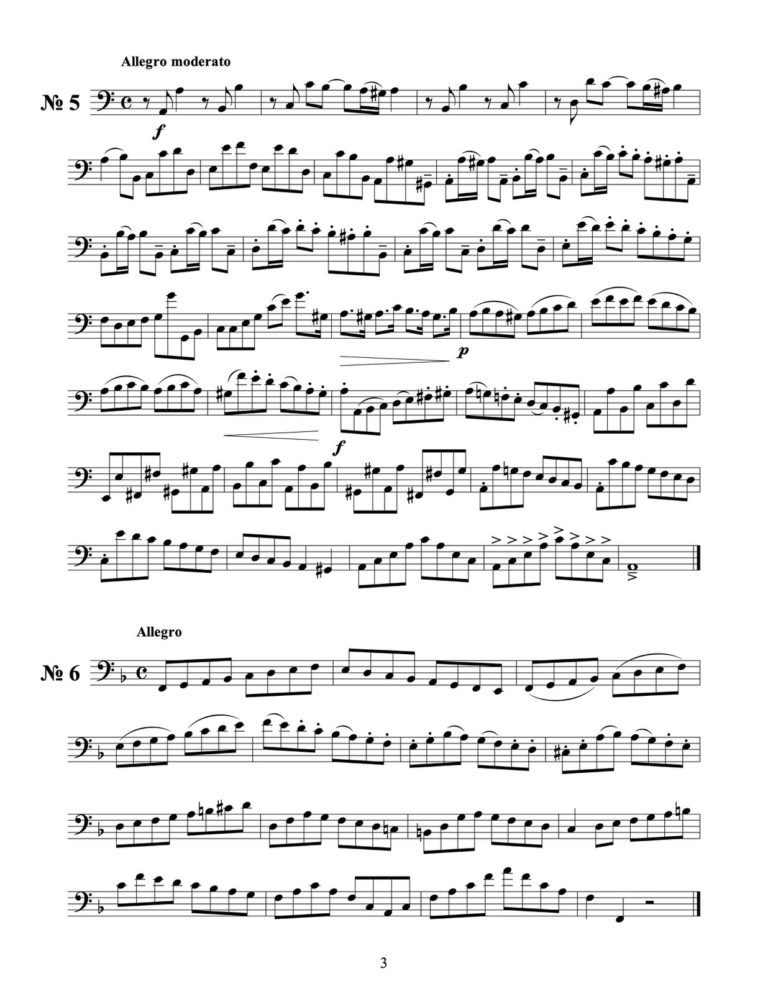 Anton Slama’s 66 Etudes in all Major and Minor Keys for Trombone, Tuba, Bassoon, String Bass is at face value, like most major & minor key-based etude books: a variety of etudes progressively arranged by key from easier to more difficult. There certainly is no shortage of similar works. Indeed, most brass method / scale books take the student through a variety of scale-based exercises, often repeating the same pattern throughout all the key signatures with occasional adjustments made to allow for the range of the instrument. So why then should this 150-year-old trombone method book be a part of a low brass player’s library when so many books have seemingly already covered this?

Slama’s 66 Etudes is distinctive for several reasons. First, each key signature is covered not just in a single etude but multiple times. This allows for greater depth of study within each key. Secondly, all of these etudes are quite brief. So often endurance impacts our sense of accomplishment when it isn’t the technical difficulty of the study, but physical stamina that holds us back. By having extremely short etudes, daily progress is much more evident. This brevity also permits multiple keys to be assigned without overwhelming a student. Also interesting is Slama’s use of very uncommon keys such as C# Major and A# minor (which are almost always written as Db Major and Bb minor). This develops the performer’s ability to read not only uncommon keys but to develop one’s ear. Lastly, these etudes have a strong sense of tonality. While some may find the circle of fifths or arpeggiated chord figures to be lacking in musical interest, this approach valuable in teaching students the tonality of a given key signature. It provides a means to begin explaining music theory to students.

While shorter than most, these etudes are not easy! Intervals of an octave or more and an overall range of two octaves or greater are not uncommon. Neither is the book arranged from least difficult to most difficult. Even the studies in simpler keys make use of a two-octave range and often require managing sequential intervals of at least an octave. A table of contents is included to assist the instructor in making assignments or the student to track his/her progress–and to ensure no key signature is omitted! In general, the first etude of each new key signature is usually the easiest in terms of overall range, technical difficulty, time signature, etc.

I sincerely hope that this new volume is of use to you in your individual practice and within your low brass studio. This edition corrects some of the note and rhythm errors from earlier editions. Additionally, articulations have been included for greater consistency within a given etude or to suggest a more stylistic way of performing it.

Check out a selection of samples to the left, then grab an immediate PDF download above.