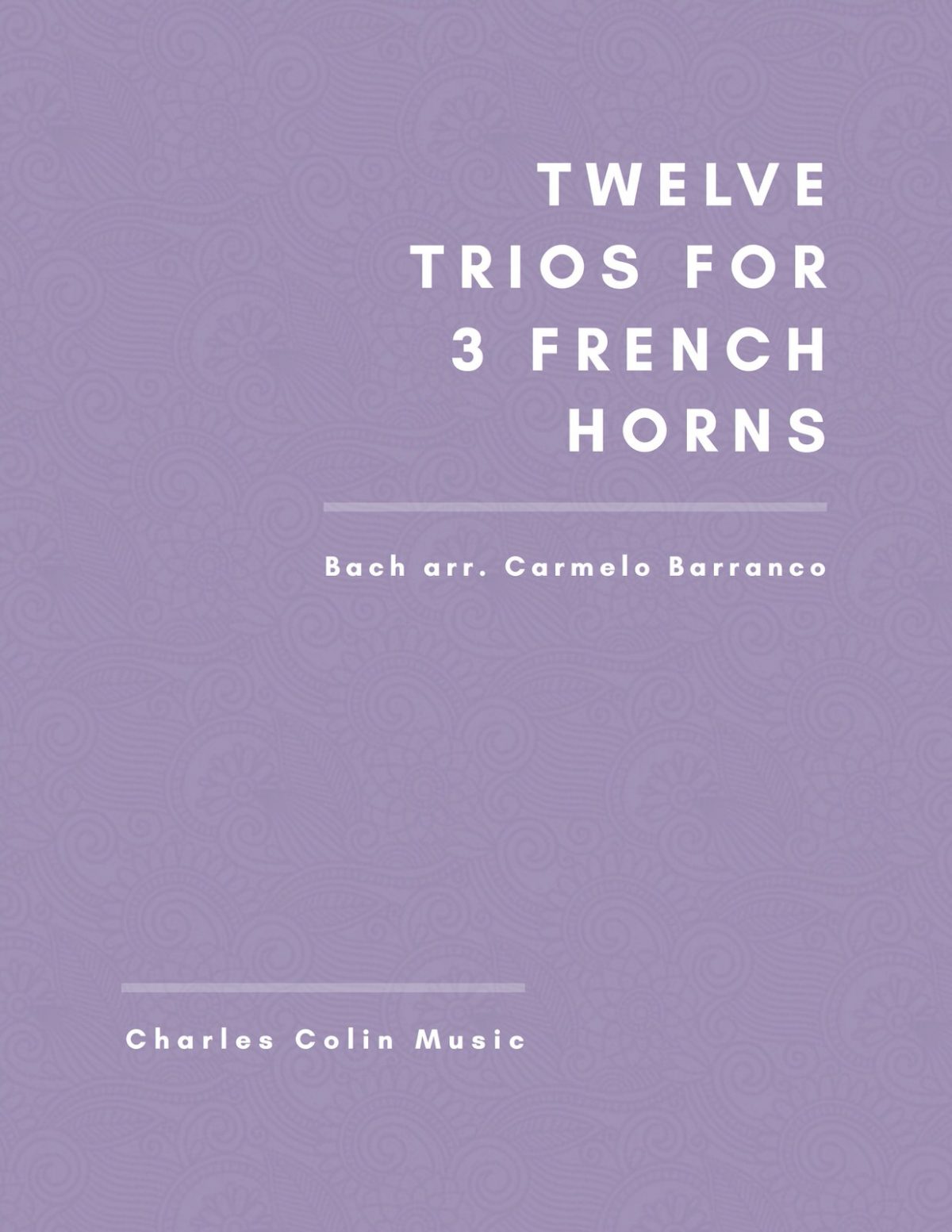 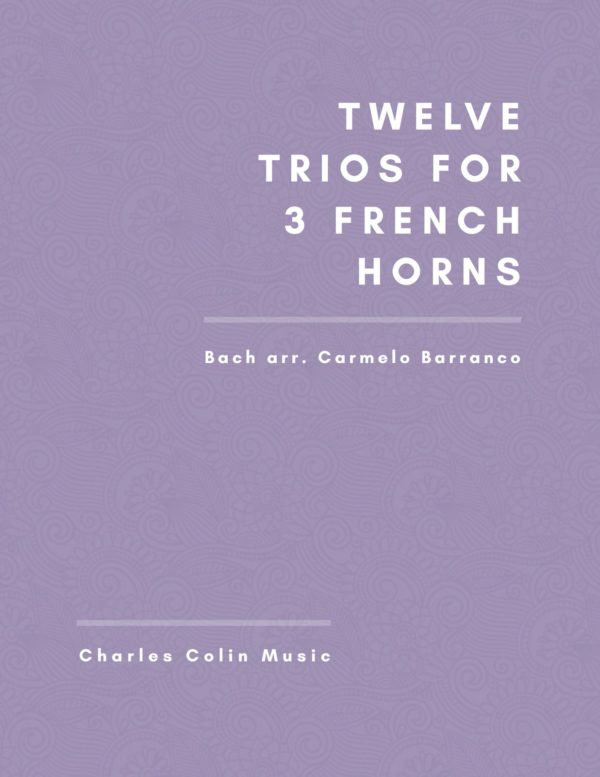 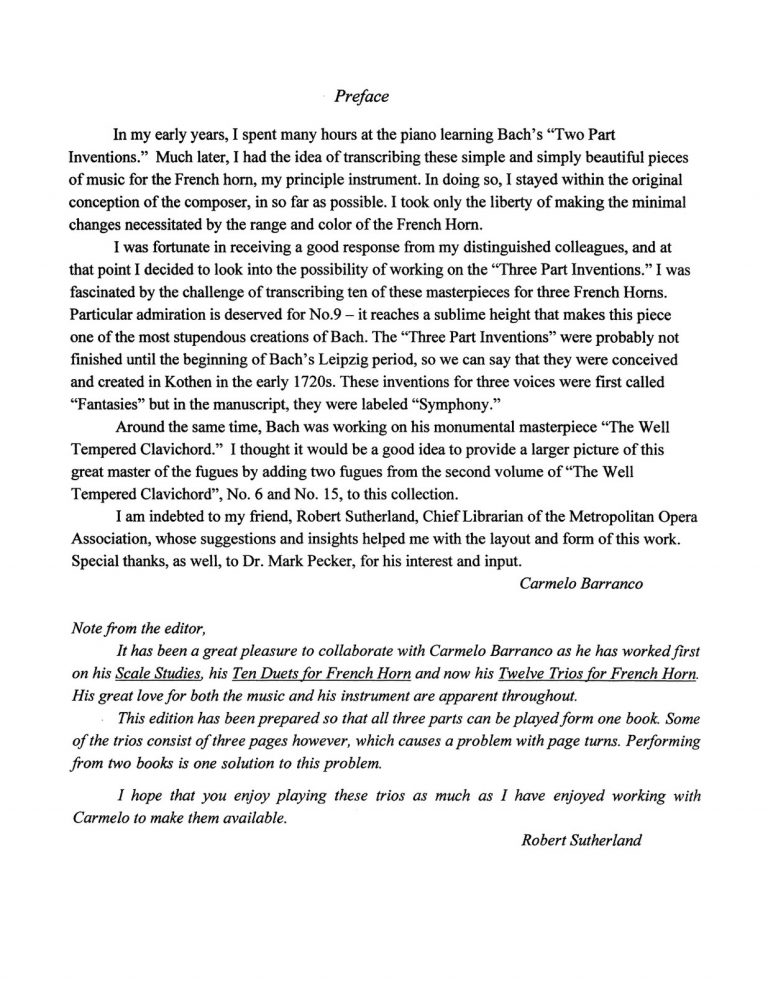 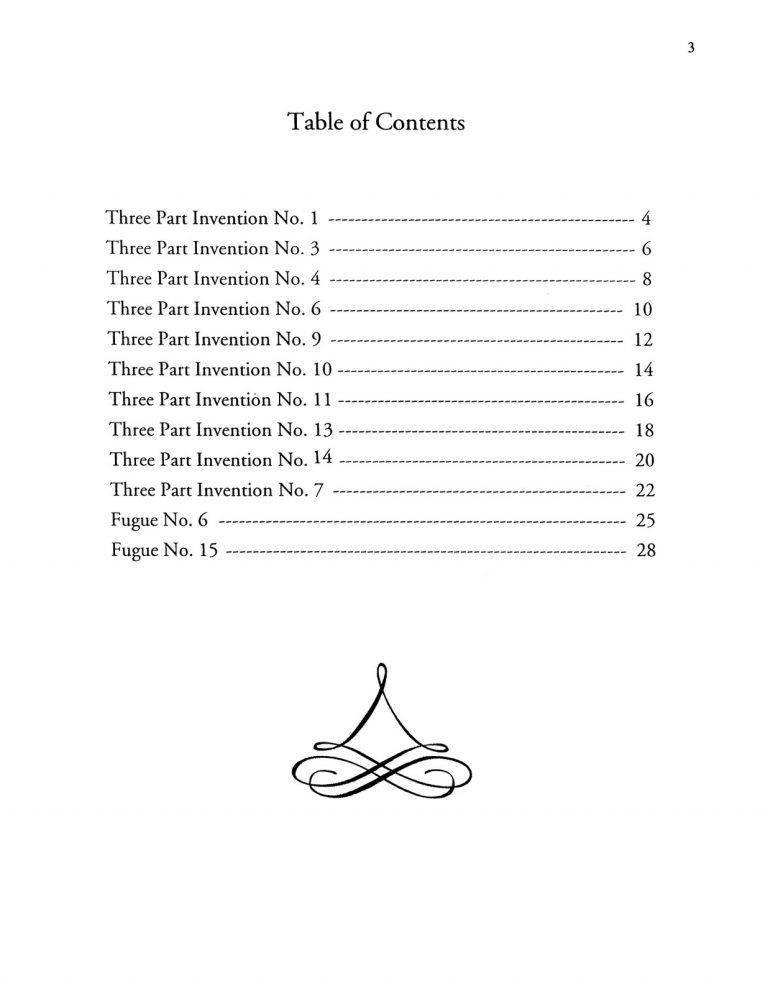 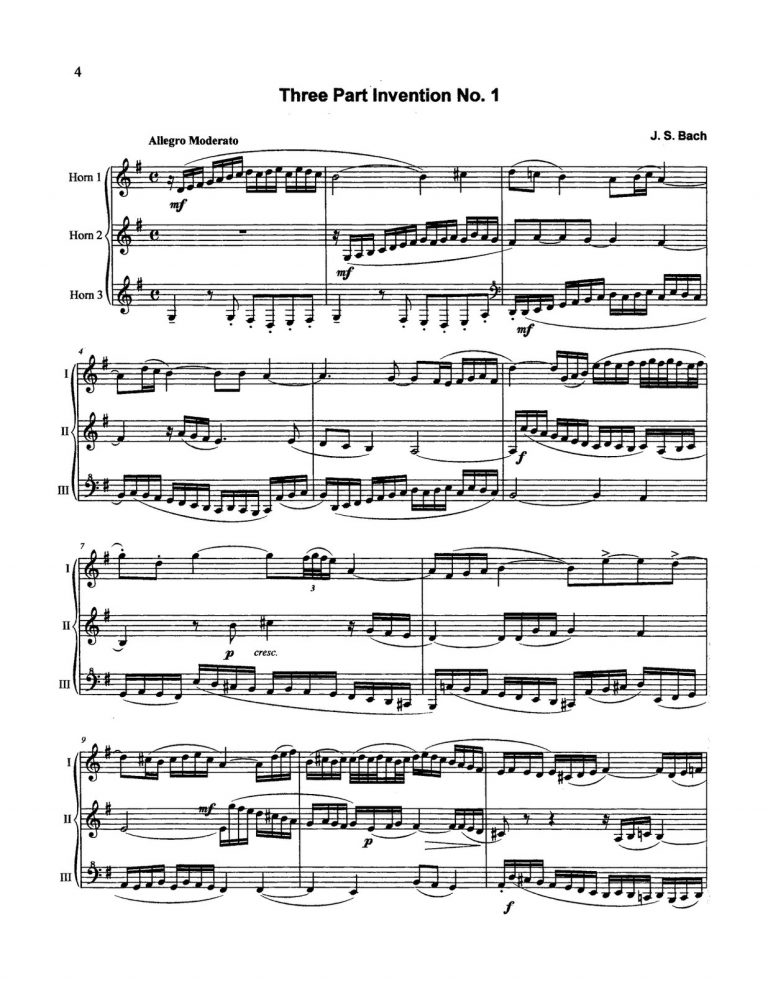 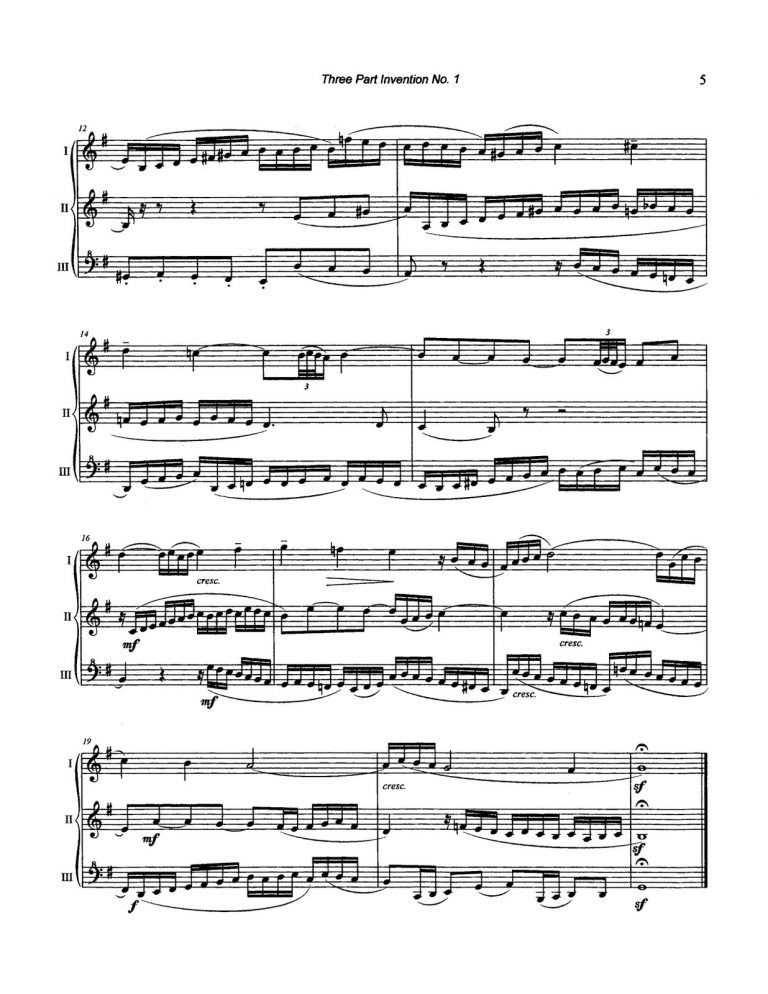 In my early years, I spent many hours at the piano learning Bach’s “Two Part Inventions.” Much later, I had the idea of transcribing these simple and simply beautiful pieces of music for the French horn, my principle instrument. In doing so, I stayed within the original conception of the composer, in so far as possible. I took only the liberty of making the minimal changes necessitated by the range and color of the French Horn.

I was fortunate in receiving a good response from my distinguished colleagues, and at that point I decided to look into the possibility of working on the “Three Part Inventions.” I was fascinated by the challenge of transcribing ten of these masterpieces for three French Horns. Particular admiration is deserved for No.9- it reaches a sublime height that makes this piece one of the most stupendous creations of Bach. The “Three Part Inventions” were probably not finished until the beginning of Bach’s Leipzig period, so we can say that they were conceived and created in Kothen in the early 1720s. These inventions for three voices were first called “Fantasies” but in the manuscript, they were labeled “Symphony.”

Around the same time, Bach was working on his monumental masterpiece “The Well Tempered Clavichord.” I thought it would be a good idea to provide a larger picture of this great master of the fugues by adding two fugues from the second volume of “The Well-Tempered Clavichord”, No.6 and No. 15, to this collection.

I am indebted to my friend, Robert Sutherland, Chief Librarian of the Metropolitan Opera Association, whose suggestions and insights helped me with the layout and form of this work. Special thanks, as well, to Dr. Mark Pecker, for his interest and input.